To help more people of color enter the legal pot industry, some want the state to allow more cannabis stores to open. But in Olympia, the plan is a tough sell. 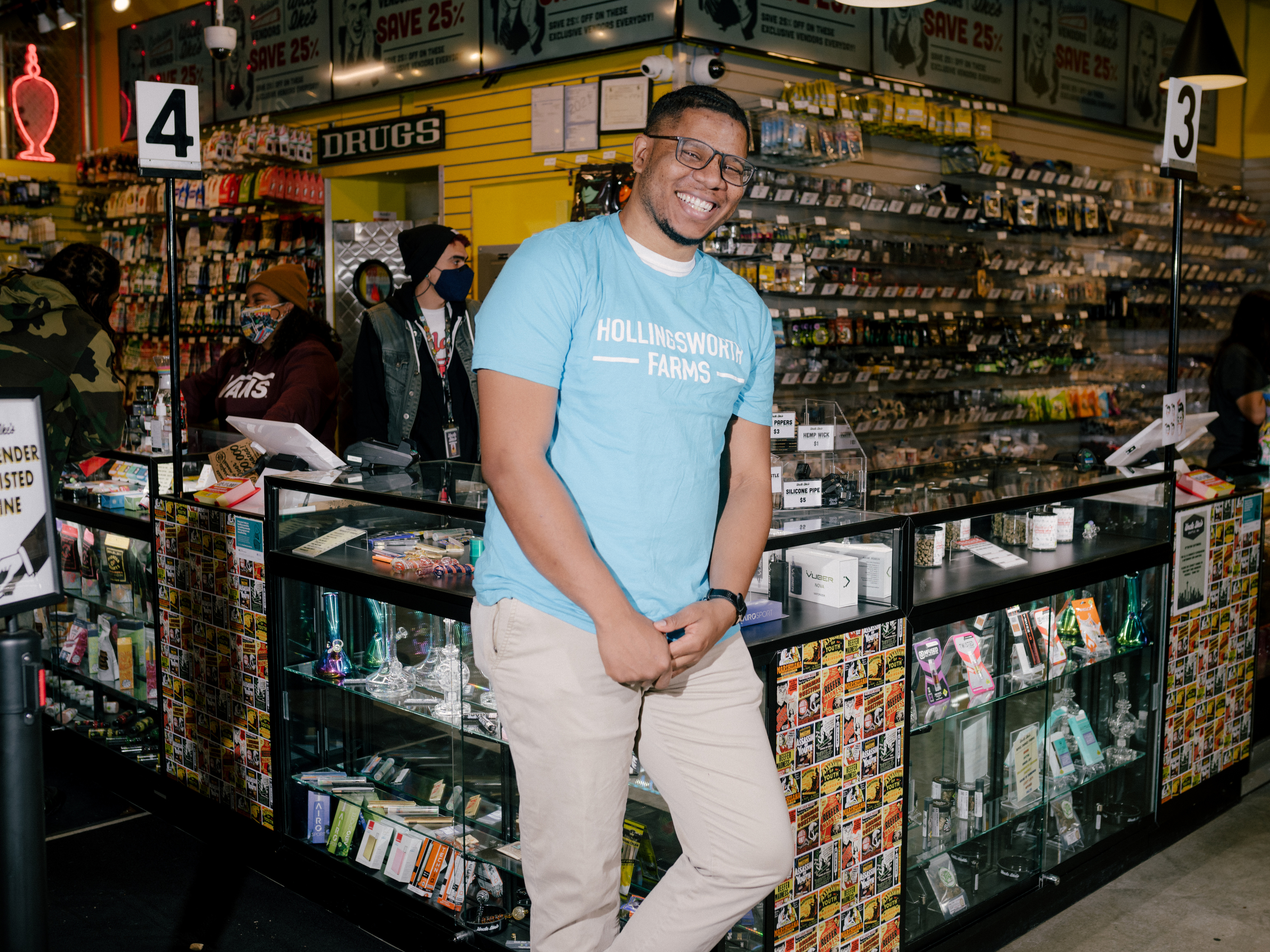 Raft Hollingsworth, CEO of The Hollingsworth Cannabis Co, poses for a portrait at Uncle Ike’s in the Central District. Hollingsworth, one of the state's only Black cannabis producers and processers, is a staunch supporter of HB 2022, which would add 38 new retail pot licenses a year for the next eight years, as well as provide grants to help get Black business owners started in Washington’s marijuana industry. (Grant Hindsley for Crosscut)

Raft Hollingsworth is tired of being one of the only Black people growing and processing cannabis in Washington state. As the owner and lead grower of The Hollingsworth Cannabis Co., he’s seen how difficult it is for people who look like him to break into the legal pot industry.

Now, a decade after Washington state voters legalized recreational weed, he is urging state lawmakers to do something to improve that picture.

Hollingsworth is supporting a plan that would increase the statewide number of cannabis business licenses, allowing more people to enter the industry and more pot businesses to open. House Bill 2022 would also reserve those new licenses for members of communities most hurt by the war on drugs. The state last increased the number of cannabis retail licenses in 2016, while the window to apply for new producer and processor licenses has been closed since 2013.

But the proposal has faced stiff opposition from lawmakers who don’t want to add more pot shops, as well as from owners of existing cannabis businesses, who worry the industry can’t absorb all those new licensees.

This past weekend, the measure’s prime sponsor, state Rep. Emily Wicks, D-Everett, said she doesn’t see the bill moving forward as a result of those concerns.

Groups that have been working years to diversify the state’s pot industry are frustrated and outraged by that news.

Darrell Powell, an officer with the regional NAACP, said dozens of Democratic lawmakers promised him they would support HB 2022 to help address racial inequities, but they appear to have gone back on their word. Both chambers of Washington’s Legislature are controlled by Democrats.

“We’ve been victimized by this war on weed, war on drugs,” Powell said.

After all of that, he said, “We are not going to negotiate away our equality in a blue state."

The idea behind HB 2022 is to help more people of color enter the state’s pot industry, which right now is mostly white, despite a history of Black and Latino people being arrested at higher rates for marijuana possession.

While the latest U.S. census data shows that only about two-thirds of Washington state is white, 85% of marijuana growing and processing businesses in the state are majority white-owned, according to data reported to the state Liquor and Cannabis Board. For marijuana retail shops, about 81% identify as having majority white ownership.

And, while more than 4% of the state’s population is Black, state officials estimate that Black people have a majority stake in only about 1% of the state’s cannabis producing and processing businesses.

That’s a total of 16 businesses, one of which is Hollingsworth’s. 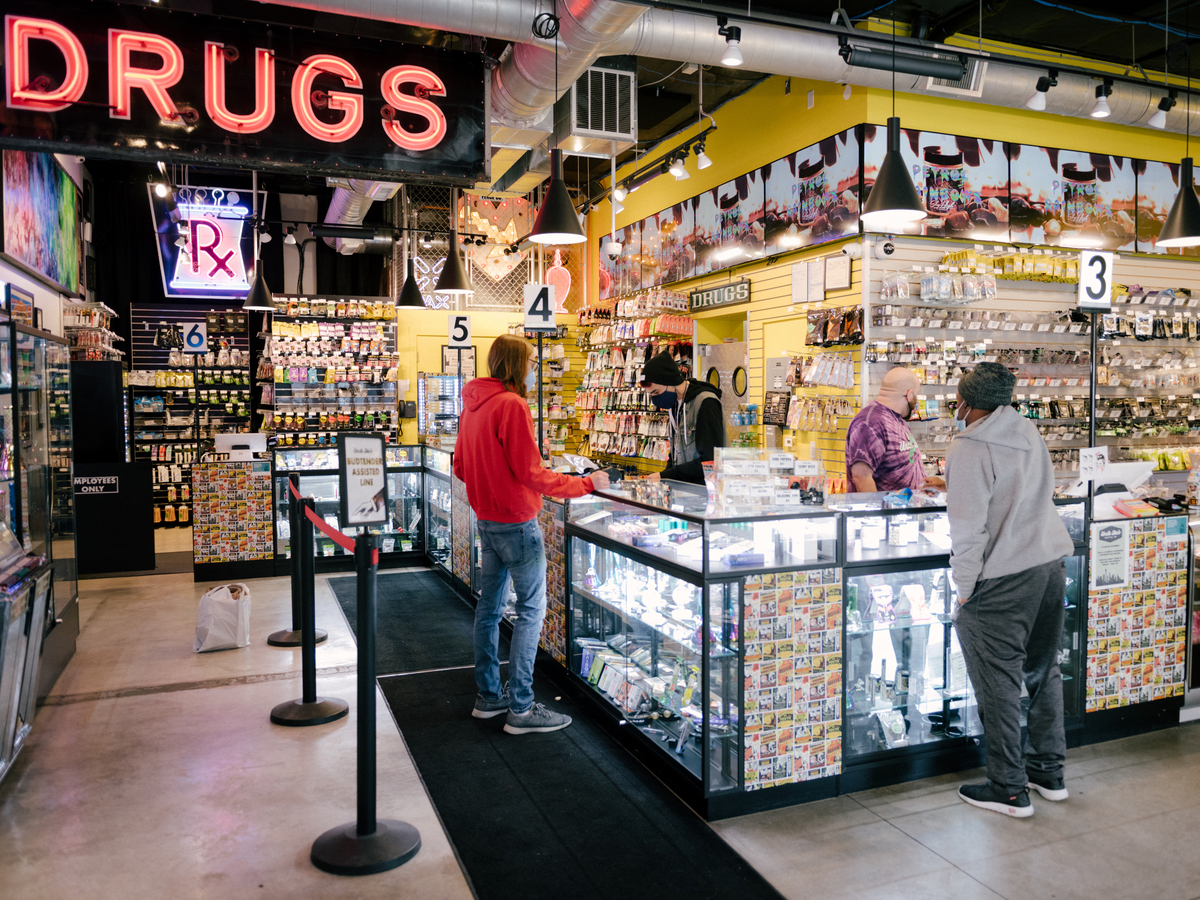 Uncle Ike’s location in the Central District photographed on Friday, Feb 11, 2022. The pot shop has been a symbol of racial tensions in the legalization and gentrification of the marijuana business in the state, but Hollingsworth says they are one of the only shops he knows that is actively working to supply products from black-owned businesses. (Grant Hindsley for Crosscut)

Uncle Ike’s location in the Central District photographed on Friday, Feb 11, 2022. The pot shop has been a symbol of racial tensions in the legalization and gentrification of the marijuana business in the state, but Hollingsworth says they are one of the only shops he knows that is actively working to supply products from black-owned businesses. (Grant Hindsley for Crosscut)

As currently drafted, HB 2022 would allow up to 304 new pot retail stores and 200 new cannabis producing and processing businesses to open over the next eight years.

Wicks, the lead sponsor of HB 2022, said that when the state’s marijuana system began, officials were concerned mostly with processing license applications quickly. But, she said, “Nothing was implemented to ensure the limited number of licenses that were distributed were distributed in a way that restored the lives of families, of those most targeted by unfounded fears and subjective laws.”

That meant “licenses went to those with existing capital and resources — the connected and the wealthy — not the many people who engaged in this once illegal market,” Wicks said during a Jan. 28 public hearing before the House Commerce and Gaming Committee.

“Increasing the number of licenses is the clearest path toward righting this historic wrong and providing opportunity for all,” Wicks said.

As written, HB 2022 would open up 38 new cannabis retail licenses and 25 new producing and processing licenses each year through 2029.

Jim Buchanan, president of the Washington State African American Cannabis Association, said setting licenses aside for social equity applicants is necessary because of how many opportunities Black Washingtonians have been excluded from — not just in the cannabis industry, but across the board.

“They need to put a measure to what racism has been for the past 420 years, and allow us to have a piece of that industry that we went to jail for,” Buchanan said.

Owners of existing pot businesses, however, have resisted the idea of increasing the number of cannabis retail stores by as much as 55% in the next eight years.

Adán Espino Jr., the executive director of the Washington Craft Cannabis Coalition, said there’s a danger of flooding the market with new cannabis businesses and destabilizing the industry in the process. His organization supports another measure that would direct $125 million per year in pot tax revenue toward communities hurt by the war on drugs, but opposes HB 2022.

“...The market at large remains oversaturated, to the point of creating price volatility for all licensees,” Espino told members of the House Appropriations Committee on Feb. 5.

He added, “We are concerned that there is a false promise of equity being made by pushing hundreds of new licenses, in an industry that sees only 42% of its businesses turn any sort of profit.” 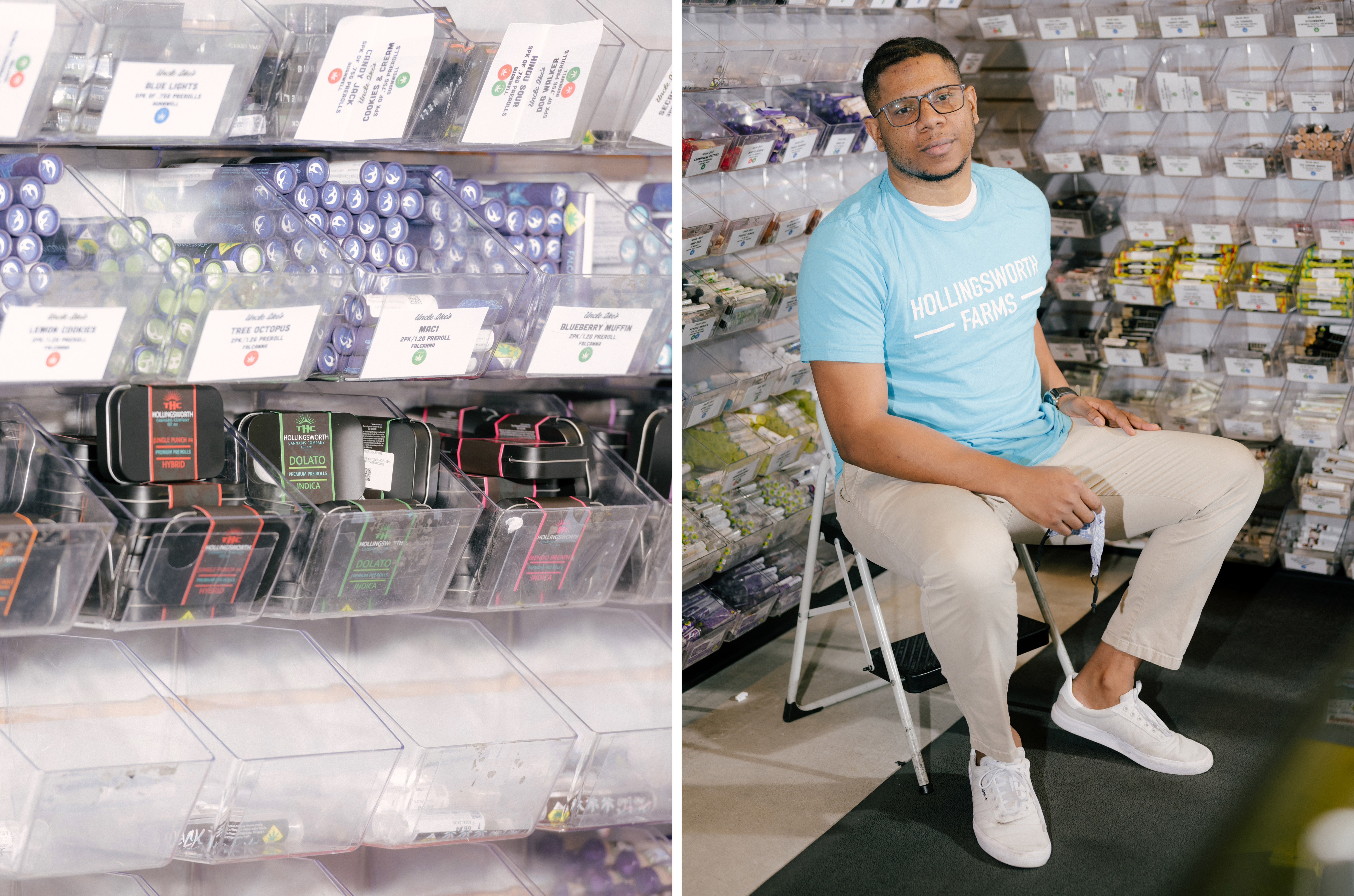 Part of HB 2022 would also try to help new cannabis business owners succeed after they receive a license. The measure would earmark $22.5 million for grants and low-interest loans to help social equity licensees get their businesses off the ground. Among other things, the money could be used for buying equipment or renovating a space so that it meets state and local licensing requirements.

Hollingsworth said that assistance is particularly important for people who want to get into growing cannabis, because starting a farm requires so much upfront investment. With marijuana still illegal at the federal level, getting loans from banks can be especially difficult.

Those grants and loans would be paid for using a portion of the tax revenue the state collects from marijuana sales.

Yet some lawmakers are worried about using any state money to help grow pot businesses — and how that might look to their constituents.

“Why are we expanding marijuana in our state right now? What is our priority here?” asked state Rep. Chris Corry, R-Yakima, at a Feb. 7 meeting of the House Appropriations Committee. “What are we going to go home and tell Washingtonians that we did? ‘Yeah, we decided to grow retail weed and we decided to spend some of your money to make sure we did that?’ … I just don’t think this is the right direction for us.”

Wicks said those kinds of arguments have resonated with many of her fellow Democrats. On Saturday, she said House Democratic leaders told her that they don’t see a way for HB 2022 to advance out of the House. Tuesday marks a key deadline for bills to clear the chamber floor, or else be considered dead for the session.

Buchanan said he doesn’t understand why lawmakers would create a task force to advise them on improving social equity in the cannabis industry, then ignore the recommendations the task force spent more than a year developing. “It was all for show,” Buchanan said.

He and Powell said they plan to mobilize and try to oust Democratic lawmakers who refuse to support this year’s measure. All House members are up for election in November, along with half the members of the state Senate.

Hollingsworth said his goal isn’t for the state to permanently subsidize minority-owned businesses. Instead, he sees the proposed grants, loans and new licenses as a form of restorative justice — a way to help people get their footing and have a chance to succeed on their own.

“The war on drugs hurt his community so much. So, let’s put money back into something,” Hollingsworth said.

“The idea isn’t to be some sort of charity forever. The idea is to get these people a leg up to get started.”