Here's what leaders in rural cities and counties want from federal recovery funds and what they're asking state legislators to prioritize this session. 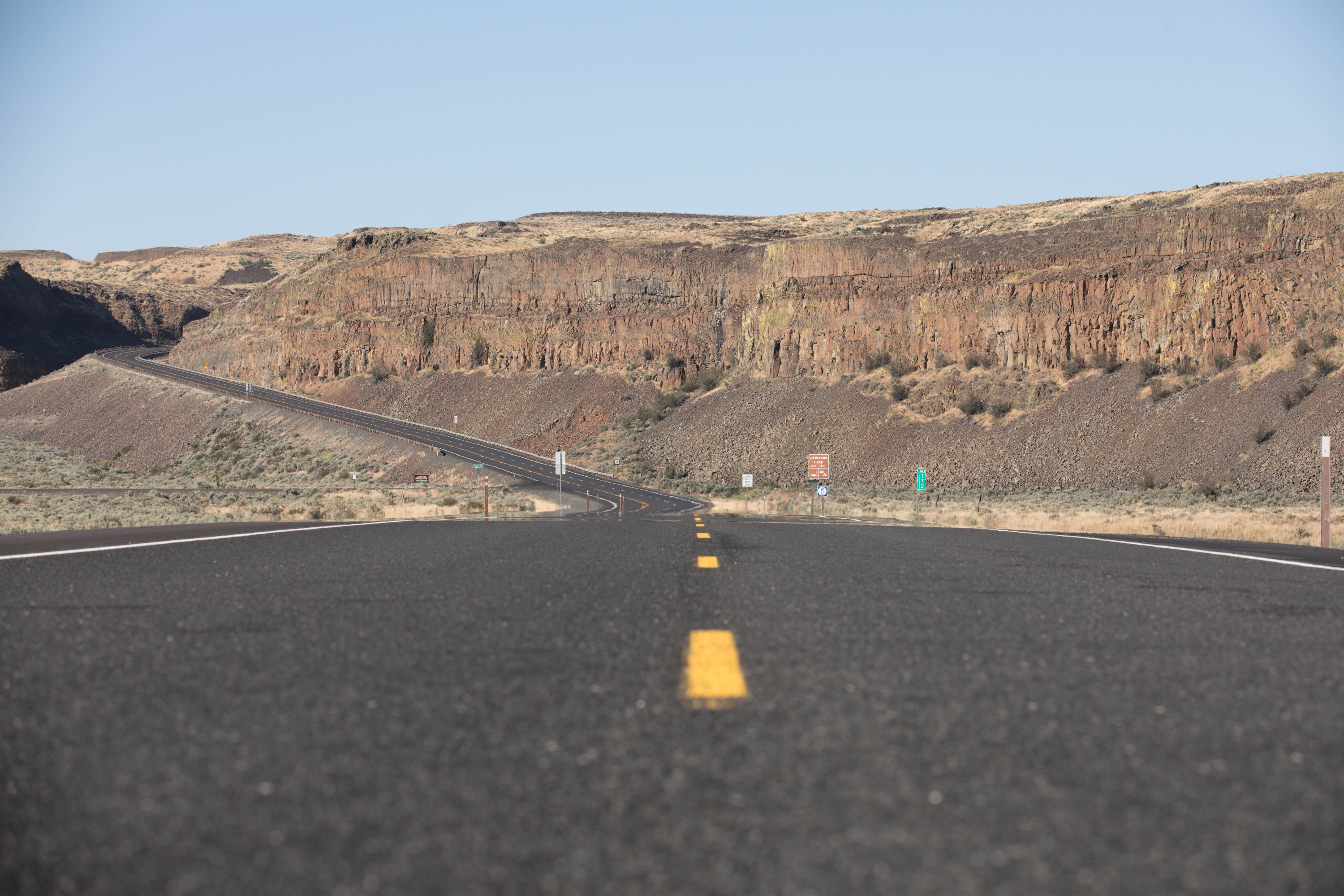 A shot of Highway 2 in central Washington east of Wenatchee. Of $4 billion allocated to new and existing highway projects in the transportation proposal before the Legislature this year, just $2.5 million (less than 1 percent) goes to projects east of the Cascades. (Matt M. McKnight/Crosscut)

Wenatchee Mayor Frank Kuntz has spent close to 10 years making a case for the Confluence Parkway project, which would construct a second bridge across the Wenatchee River and divert some traffic off the main highway through town.

But with state Democrats rolling out a proposed 16-year, more than $16 billion transportation package last week, Kuntz worries he might have to wait another 10  years to pay for it.

Of $4 billion allocated to new and existing highway projects in the transportation proposal before the Legislature this year, just $2.5 million (less than 1%) goes to projects east of the Cascades.

"We always figured this would get funded," Kuntz said of the parkway project. "Lo and behold, there's nothing. ... That is a tough pill to swallow."

Lawmakers say they feel an urgency to push money out into communities and make historic investments with the influx of one-time federal infrastructure dollars.

The short, 60-day legislative session means there will be a more limited budget debate than last year. But state legislators have started drafting spending bills to direct state and federal funds into specific projects and programs.

Local leaders around the state say they are watching where those dollars go, as they make their own decisions on how to use federal recovery money to rebuild their communities. While local cities and counties have control over how some federal infrastructure dollars can be spent, they must wait for the Legislature to decide how the rest of the billions in transportation stimulus money will be distributed.

"This is a once-in-a-generation opportunity," Kuntz said. 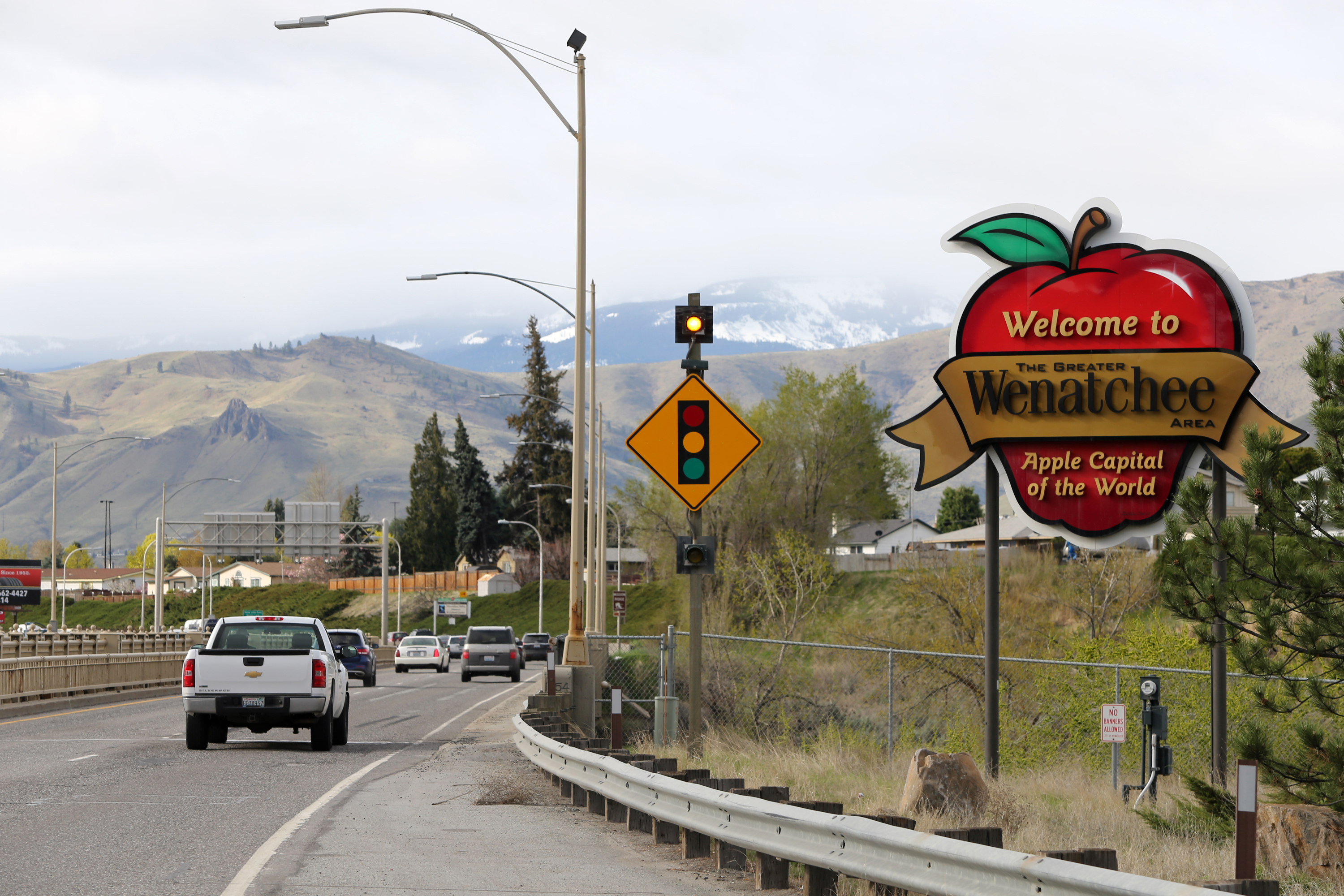 "The key to many of these legislative priorities is also ensuring there's state investment," said Brandy DeLange, a government relations advocate at the Association of Washington Cities. "We certainly need support from the state on many of these issues, whether it's homelessness or transportation or infrastructure."

The Washington State Association of Counties, a joint advocacy organization for the state’s 39 counties, has also asked the state to increase investments in local infrastructure, affordable housing, broadband access and public health efforts.

Unlike previous federal stimulus or relief programs, the American Rescue Plan Act provided cities and counties with direct funding that they can spend on replacing lost revenue or making their own targeted investments. Congress also resurrected earmarks after a decadelong ban to streamline federal funding to local projects.

Local leaders have a couple years to spend their direct American Rescue Plan funding, but will be juggling how to combine or leverage those dollars with state support, as well as federal dollars the state will distribute. 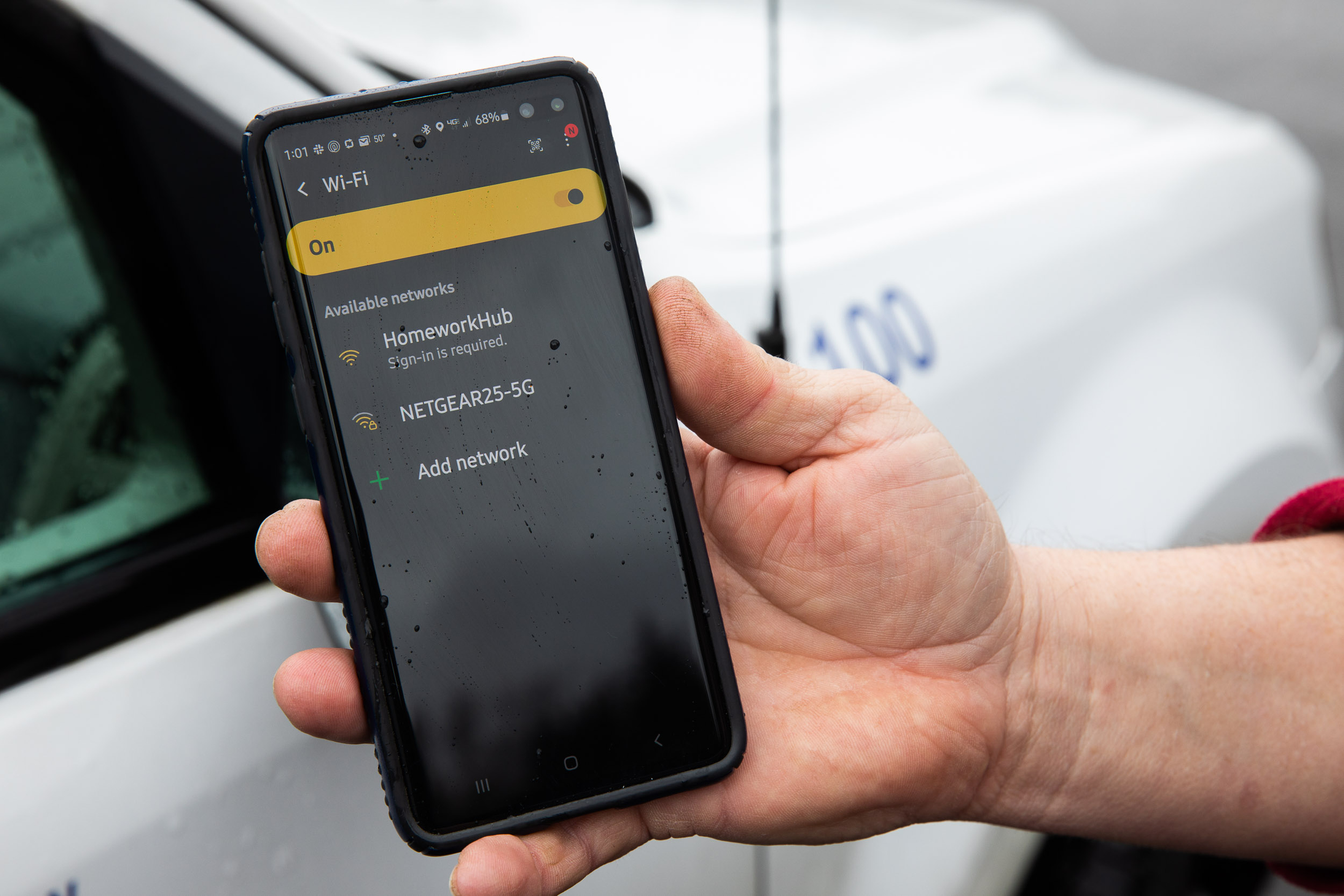 Michael Moore, an IT Construction Coordinator at Grays Harbor Public Utility District checks his phone for a wireless internet signal he placed at Olympic Stadium in Hoquiam, Washington on March 4, 2021. The HomeworkHub network is designated in various places throughout the county as a place where students and families without reliable internet can visit for a connection. (Matt M. McKnight/Crosscut)

Michael Moore, an IT Construction Coordinator at Grays Harbor Public Utility District checks his phone for a wireless internet signal he placed at Olympic Stadium in Hoquiam, Washington on March 4, 2021. The HomeworkHub network is designated in various places throughout the county as a place where students and families without reliable internet can visit for a connection. (Matt M. McKnight/Crosscut)

Legislators received a final revenue forecast Wednesday and will use that information to move forward in the next week on supplemental operating and capital budget proposals.

Rolfes expected public health and education would remain high priorities for additional funding. School districts need money for nurses, counselors and other support roles, as declining enrollment has cut into their budgets.

The Legislature would also likely support Inslee's housing and homeless agenda, she said, by making additional money available to local governments and nonprofits.

Some remaining federal relief dollars must be spent this year, she said, and other money is earmarked for helping keep child care centers open. Lawmakers plan to allocate many of those by the end of the session on March 10.

"Right now we know we have the needs," Rolfes said.

In a recent Crosscut/Elway Poll, voters indicated they want state lawmakers to focus on action that promotes economic recovery and addresses the pandemic.

Chamberlain said city officials support many of the public transit and pedestrian safety programs included in the proposed transportation package, but they also need funding for regional highway projects. The city has lobbied for money to widen and improve sections of Highway 12 between Walla Walla and the Tri-Cities in addition to local roadway projects.

"We're disappointed that Eastern Washington was left out," she said.

Chamberlain said she did not see any new or existing highway projects in her legislative district or the greater Inland region in the proposed transportation budget. A close look at the list, however, shows a $2.5 million road improvement project near the Colville Reservation, nearly 200 miles away in northeast Washington.

Two other projects — $178.7 million to widen Interstate 90 through Snoqualmie Pass and $75 million to replace a bridge over the Columbia River at Hood River — arguably serve as cross-state corridors more than projects based in Eastern Washington. 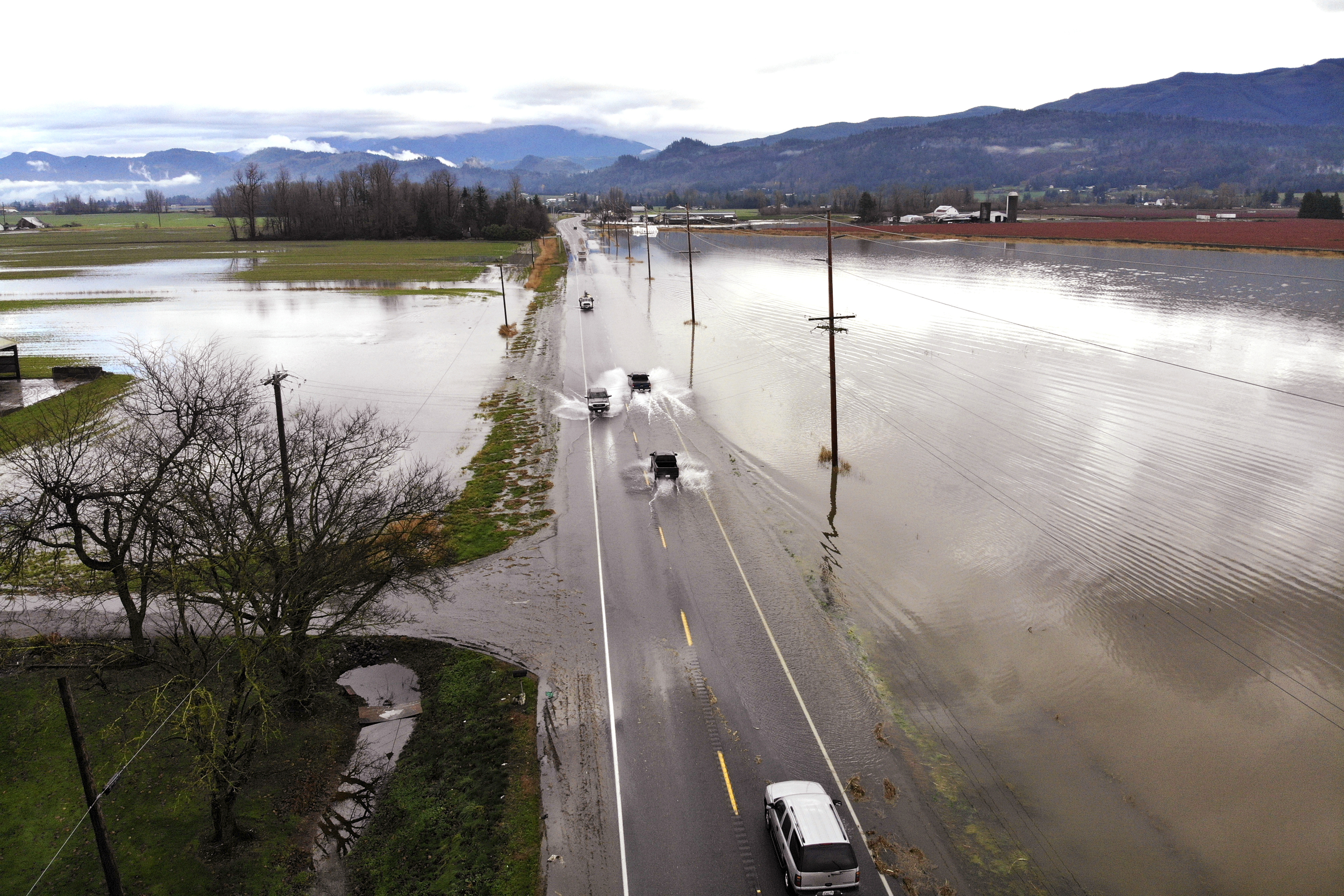 In this photo taken from a drone, traffic navigates a flooded highway headed into Sumas, Wash., Monday, Nov. 29, 2021. Weather officials are urging Northwest residents to remain alert because more rain is on the way to an area with lingering water from extreme weather from a previous storm. (AP Photo/Elaine Thompson)

In this photo taken from a drone, traffic navigates a flooded highway headed into Sumas, Wash., Monday, Nov. 29, 2021. Weather officials are urging Northwest residents to remain alert because more rain is on the way to an area with lingering water from extreme weather from a previous storm. (AP Photo/Elaine Thompson)

The transportation package would still offer billions of dollars to many cities outside the Puget Sound region to pay for switching bus fleets to electric, fish barrier removal, safety programs, new bike trails and many other initiatives. About $151 million would go to railroad line rehabilitation in Eastern Washington.

While Republican lawmakers support many of the projects in the package, they have criticized the use of new taxes on energy companies and fuel exports. Transit authorities have also voiced concerns about uneven distribution of federal transportation dollars.

State Sen. Marko Liias, D-Lynnwood, chair of the Senate Transportation Committee, last week emphasized the package is still a draft, with potential to change according to input from around the state. He said he welcomed constructive suggestions.

But local leaders would like to see support for their highway needs, as well as those project jobs. Kuntz, the Wenatchee mayor, said the federal government recently awarded $92 million toward the Confluence Parkway project, but the state has yet to kick in any cash.

Some city leaders said they plan to meet with lawmakers this week to lobby for their local projects. Kuntz said he hopes he won't have to come back to make his case again next year.

Correction: A previous version of this story had the introduction of the transportation package on the incorrect date. It was introduced on Feb. 8. 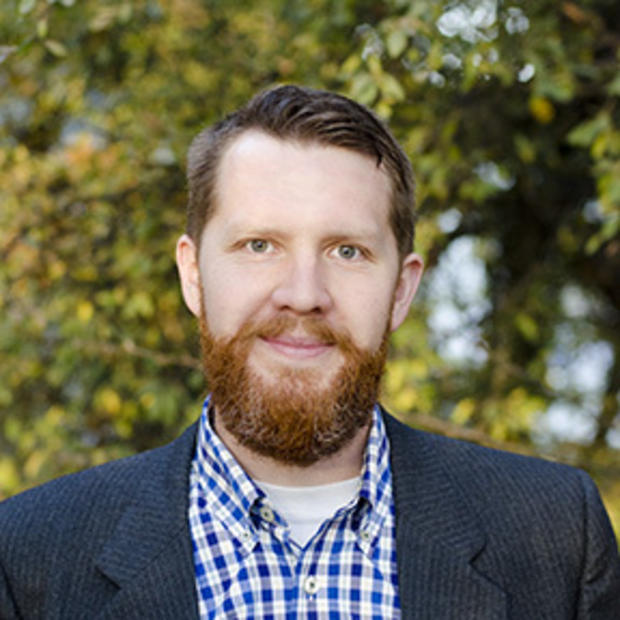