How salary transparency could impact the job hunt in Washington state

A new law will require employers to post more pay and benefit information in job ads. A similar effort in Colorado is being met with mixed results. 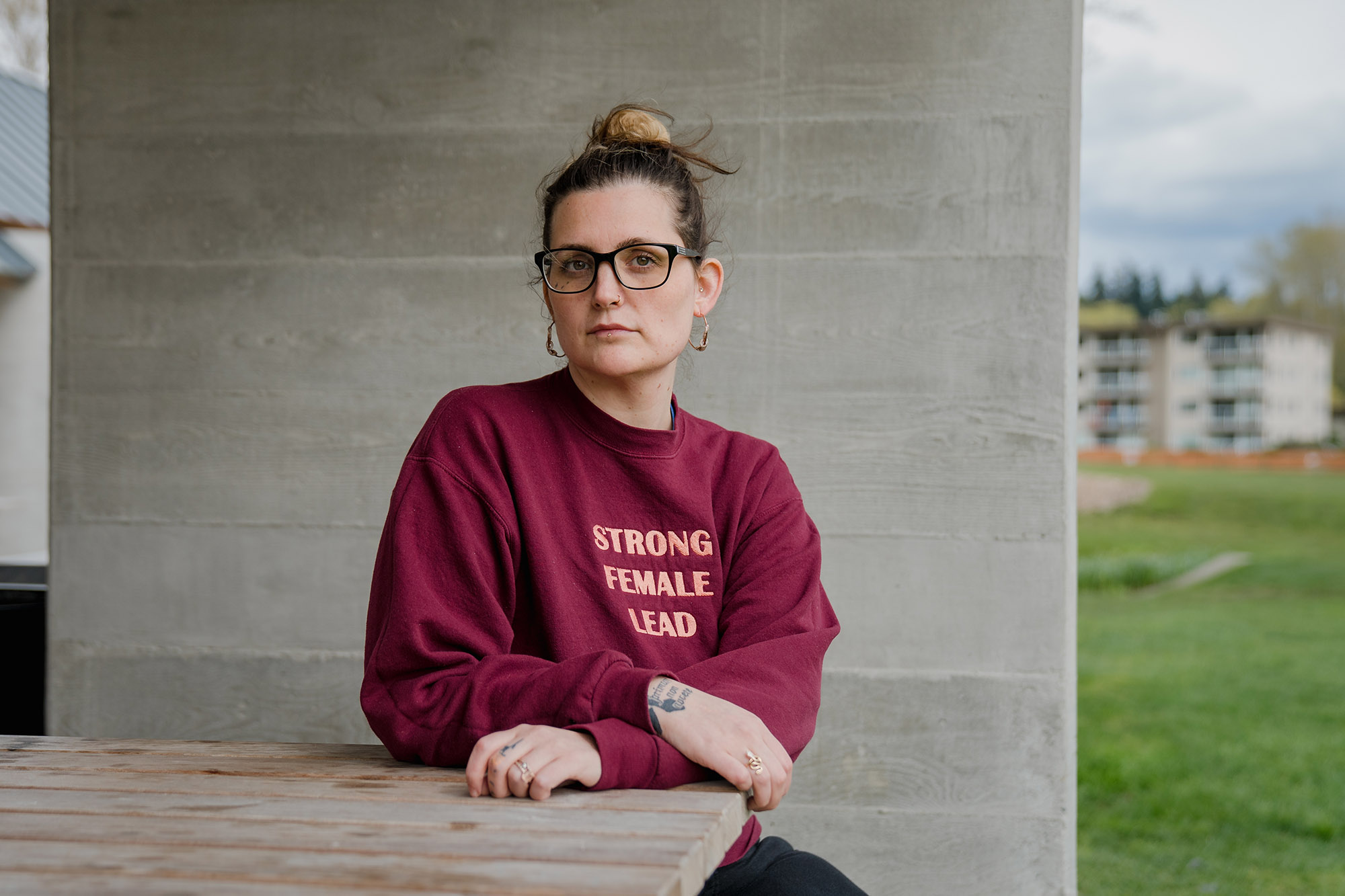 A year ago, Emma Fazio was browsing Indeed, a popular job search website, when she came across a food service position in Vancouver, Washington. She filled out an online application and interviewed a week later with a hiring manager, who offered her a job on the spot.

“[They] gave me paperwork to fill out, and as I was skimming through it they told me the hourly rate,” Fazio said. “I was extremely surprised and more than a little disappointed because my last job offered $2 per hour more.”

The restaurant -- which Fazio requested remain unnamed -- didn’t reveal its pay scale until the final moment of the hiring process.

Fazio’s frustration is common among job seekers, who historically don’t have much leverage when it comes to learning what a position will pay until they’re deep into the interview process. But a bill passed by the Washington Legislature and signed by Gov. Jay Inslee on March 30 will change that.

In addition to saving time for both employers and applicants, bill sponsor state Sen. Emily Randall, D-Bremerton, argues, the measure will improve transparency by empowering applicants with more information when they negotiate their salaries. She also hopes it will help narrow stubborn pay gaps for women and people of color, she said.

“It’s not fair and equitable to lowball folks, or to hide the ball in recruiting when not everyone comes with the same resources,” Randall said. “Folks would know whether it was a good fit for them, and whether it was something they could support themselves and their families. I think it’s about equity — that’s the bottom line.”

The bill would apply to jobs in Washington across the economic spectrum, from minimum wage work to specialized, elite roles. Cher Scarlett, a Kirkland-based software engineer with a salary well into six figures, was among the bill’s early supporters during legislative committee hearings.

Scarlett left Apple in 2021 amid a highly publicized conflict over pay transparency, after, she says, the company refused to tell her what her new salary would be when she transferred to a different office within Apple.

In a Feb. 16 hearing before the House Labor and Workplace Standards Committee, Scarlett described software engineering as a field “in which salaries are commonly taboo to discuss and range widely from company to company.”

“It’s often difficult to know whether or not you’re being undercompensated relative to your peers,” Scarlett explained.

Applies to internal transfers, too

Under SB 5761, companies based in Washington state with 15 or more employees will be required to include a salary range and basic benefit information in a job posting. The rule kicks in on Jan. 1, 2023 and may have changed Scarlett's situation.

The text of the bill itself defines a job posting as “any solicitation intended to recruit job applicants for a specific position,” from the employer themselves or through a third party, such as an employment agency or headhunting firm. Wage transparency requirements will apply to internal transfers within Washington companies, too.

Solicitations subject to the law include “any postings done electronically, or with a printed hard copy, that includes qualifications for desired applicants.”

In practice, the precise meaning of “includes qualifications” will need to be ironed out by the Washington State Department of Labor and Industries, which has been tasked with creating a complaint reporting and investigations process before the rule’s launch date.

A simple “Help Wanted” sign posted in a restaurant window, for instance, probably wouldn’t fall under purview of SB 5761. An “Experienced Line Cook Wanted” sign likely would. But at this point, the business groups that pushed back against the bill aren’t entirely sure where that distinction will ultimately lie.

“It’s passed, and everybody will do their best to comply with it,” said Bruce Beckett, a lobbyist for the Washington Retail Association, who had testified against the bill during its public hearings. “But there’s zero guidance. That’s part of the problem.”

Limitations of the new law

Beckett said the new rule is overly controlling of businesses, which he claims often don’t know what salary or benefits they should offer until they start vetting a pool of applicants.

The law could also discourage companies based outside of the state from hiring Washington workers for remote jobs because they don’t want to deal with the salary posting requirements, Beckett said. He pointed to a comparable Colorado law implemented early last year.

A June advisory from the Society for Human Resource Management, the national certifying and networking organization of HR professionals, stated that some employers are likely excluding Colorado applicants as a way of skirting the law, although it didn’t point to any specific data.

Anecdotally, some job postings for remote roles expressly prohibit any work from being done in Colorado. Coloradoexcluded.com, an online database that tracks which businesses have stated that restriction outright on job postings, lists 211 companies. The group includes eBay, Century 21 and the University of Phoenix.

But the Washington Legislature isn’t the only government body following in Colorado’s footsteps. New York City, home to headquarters of many major companies, will see a similar job posting law implemented in May. Lawmakers in California and New York state are also working on comparable legislation.

According to Randall, it’s too soon to know the full scope of how Colorado workers have been affected by the new pay transparency law, which has been in place for a little over a year.

“I’m not sure that it’s been around long enough to have those lessons be really well vetted,” Randall said.

But the new Washington law will have limitations, she said. For example, it doesn't include any details on what constitutes a salary range.

Could a company theoretically advertise a position that pays between $15 and $1 million per hour?

“You could technically be in compliance with the law,” Randall said. But, she added, “that would give applicants information about the employer, if they chose to post that.”

Beckett also said he’s concerned that publicly posting salary data could ultimately harm departing employees in their search for a new role, especially if it indicates a worker is capable of living on less.

“The thing that bothered some of the people I represent is this inadvertently disclosing information that maybe somebody considers proprietary. Someone’s who’s leaving their old job and looking for a new job may not find it helpful to have their old salary out there,” Beckett said.

This bill reflects a broader shift of power from employers to workers, who are continuing to leave their jobs in droves during a pandemic-era “Great Resignation.”

For the first time in more than a decade, applicants are finding themselves with some real leverage. There are currently nearly 1.8 unfilled positions for every job seeker, according to a Bureau of Labor Statistics Job Openings and Labor Turnover Survey released on March 29.

“I think definitely we’re in a moment in which workers are reevaluating what makes a good employer and what makes a fair job, and what a good salary looks like for them,” Randall said.

Jeramy Kaiman, head of professional recruitment for the Western offices of headhunting firm LHH Recruitment Solutions, said he sees more and more companies choosing to disclose their salary ranges upfront as a way to stay ahead in a cutthroat labor market — whether it’s mandated by law or not.

“It’s becoming more common because some companies feel like this is a way for them to attract talent in a tight labor market,” Kaiman said. “It’s pretty clear that it does create a competitive advantage.”

Job posts that include pay information consistently attract more applicants than those that don’t, Kaiman added. And transparency helps in hiring, but the corporate environment it fosters also tends to persuade workers to stick around.

His main advice to Washington companies ahead of Jan. 1: Make sure that compensation for your current workers is on par with the salaries you’ll need to offer to hire in such a competitive labor market. Because everything is about to become so public, any discrepancies could hurt morale.

“It’s fair to say that any organization that pays their people market-appropriate compensation is going to have an advantage on retention,” Kaiman said. “The question is if a statute like that leads to this.”

Scarlett — who now works as a senior software engineer at game developer ControlZee -- said it’s unlikely the conflict with Apple would have ever caught fire if the company had just been upfront with her about the raise it intended to offer before she transferred to a city with a higher cost of living. Instead, she took it upon herself to conduct her own wage survey among employees and launched a transparency movement called #AppleToo.

“The wage survey wouldn’t have even happened if the job postings at Apple had pay bands on them,” Scarlett said. “This is a normal piece of information I would want for myself.”

Fixes garble in the second paragraph. 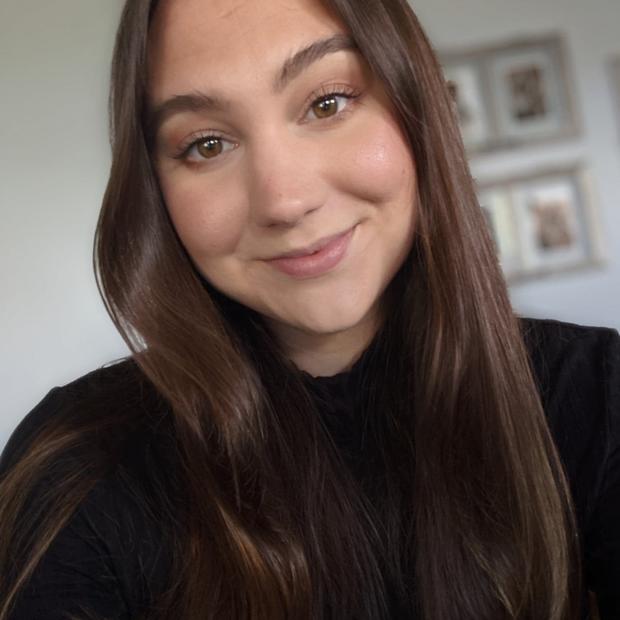 Calley Hair is a journalist based in the Pacific Northwest. Before transitioning to freelance reporting full-time, she worked the politics beat at The Columbian in Southwest Washington. She specializes in stories about government, business and the impacts of policy on everyday people. Her work appears in The Seattle Times, The Spokesman-Review and Willamette Week.