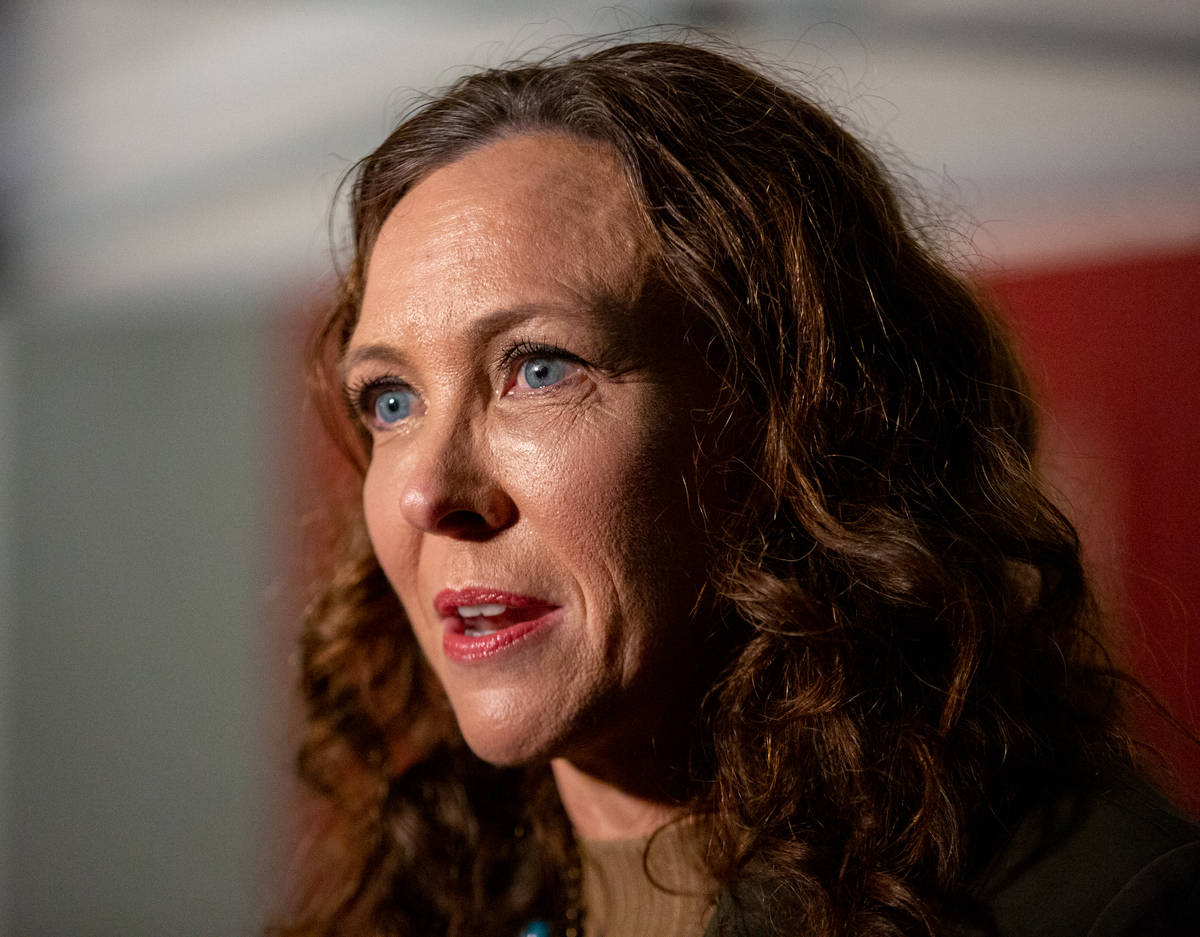 Seattle City Attorney Ann Davison made clear on Saturday that her decision to not prosecute nearly 2,000 misdemeanor cases from the city’s backlog was a one-time thing.

“We inherited a nearly 5,000-criminal-case backlog since before the pandemic,” said Davison. “We had to look at that and figure out how to move forward. … It’s a one-time thing we had to do with a heavy heart.”

Davison was speaking with former Seattle Times columnist Joni Balter at the Crosscut Festival’s May 7 session “Pushing Public Safety,” about crime in Seattle and Davison’s promise to be a hardliner as city attorney.

Any city attorney’s announcement to drop 2,000 cases would be newsworthy. But Davison was elected last November with a tough-on-crime platform and had strongly criticized her opponent’s plan to not prosecute misdemeanors as an extremist view that would make the city less safe — something Davison’s critics jumped on when she announced the dropped cases.

At the  Crosscut Festival, Davison explained that dismissing the cases was necessary to clear up capacity so that her office can more quickly prosecute the misdemeanor cases referred by Seattle police (felonies get referred to the King County Prosecuting Attorney’s Office). Quick action, she said, will serve as more of a deterrent for crime.

The current average response time from police referral to the City Attorney’s Office acting on a case is 334 days. Davison wants to get that down to five days under her “close-in-time” policy.

“When there’s an action [of someone committing a crime], then the response doesn’t come for 334 days later, there isn’t a connection to those two events. For it to mean something for someone, you need to have a response right away,” said Davison.

In addition to speeding up her office’s response time, Davison plans to target repeat offenders. Calling it the “High Utilizer Initiative,” the city attorney has identified 118 individuals responsible for 2,400 criminal cases over the past five years in Seattle.

Davison framed a focus on repeat offenders as not only an important tactic for reducing crime in the city, but as a chance to intervene in offenders' lives.

“There are people stuck in a form of human suffering that we’ve just ignored and allowed to continue in their own self-destructive behavior,” she said. “We have not seized the opportunity. When we come in contact with them, we have to start to change the pattern for them.”

King County Prosecuting Attorney Dan Satterberg has expressed skepticism that the courts are an intervention that will change behaviors. Satterberg told KUOW, “I think it can give the neighborhood a break, I think it can give the store a break if the person is a frequent shoplifter. But in terms of long-term outcomes for people with serious behavioral health issues, the court doesn’t have any magic in its toolbox.”

Davison wasn’t the only Seattle politician elected last November who focused on crime and policing. Seattle City Councilmember Sarah Nelson has made police hiring a centerpiece of her work. Mayor Bruce Harrell has said he wants to hire more police, but ensure they have better anti-bias and de-escalation training.

Balter asked Davison whether she supports Harrell’s vision for hiring “the right kind of officer.”

Davison demurred, saying that police hiring was the executive’s prerogative. Pressed by Balter for an answer about Harrell’s “right kind of officer,” Davison said, “I think it’s important we have people understanding what the landscape is. I’m not sure there’s a strict definition of what the word right means. … I think that [being sensitive to racial justice issues] is important for all of us, officers or human beings all together.”

In a recent Crosscut/Elway Poll of Seattle voters, a majority of respondents said prioritizing police hiring and prosecuting misdemeanors would reduce crime. But those approaches ranked sixth and seventh out of seven potential solutions. Voters ranked addiction and mental health services, de-escalation training and more social programs highest for solutions to reduce crime.