Several Republican challengers in central WA's 4th Congressional District look to gain the support of voters who are angry with Newhouse. 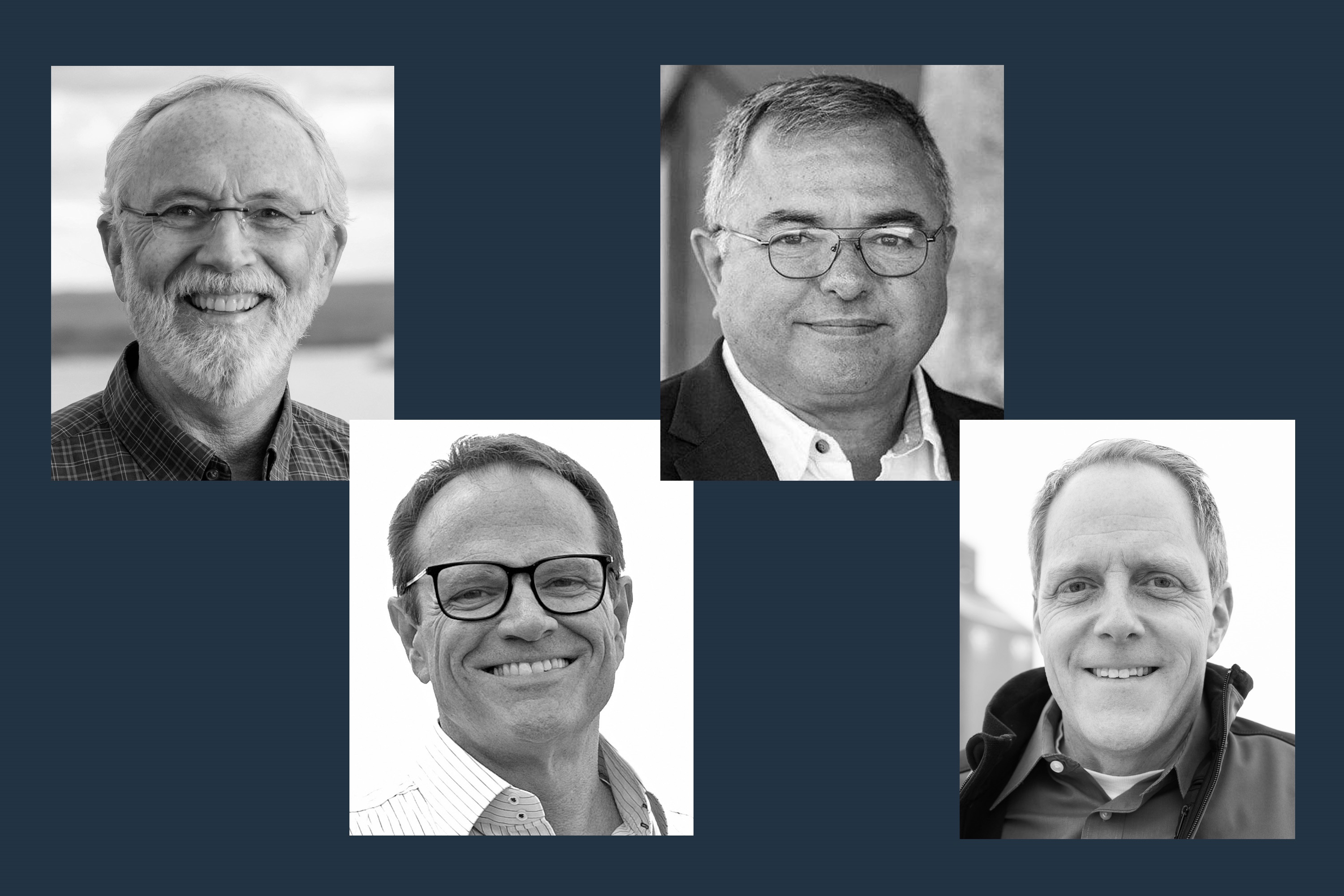 But just two years later, Newhouse is surrounded by a crowded field of Republican candidates declaring they could better represent the primarily conservative 4th Congressional District.

That’s created much uncertainty in a primary that probably would have been easy to forecast following the 2020 election. The Aug. 2 primary will reveal whether vocal far-right views have a foothold among voters in the district covering eight Central Washington counties stretching from British Columbia to Oregon.

Newhouse fell out of favor with many conservatives when he voted to impeach former President Donald J. Trump over his actions during the Jan. 6 insurrection, just one of 10 Republicans in Congress to do so. Washington is home to a second from this group, Rep. Jaime Herrera Beutler, who has a tough re-election battle in the 3rd Congressional District in Southwest Washington.

“Had he not voted to impeach Donald Trump in January [2021], no one would be running against him at all,” said Debra Manjarrez, chair of the Yakima County Republican Central Committee.

But while they agree Newhouse is vulnerable, it remains to be seen whether any of his Republican opponents have enough traction and consolidated support – and campaign dollars – to unseat Newhouse. That may open a door for Doug White, the sole Democrat in the 4th District race.

“It’s just going to be quite a fight,” said Michael Massey, chair of the Benton County Republican Party.

Most of that fight will be among the seven Republican candidates.

Newhouse is no stranger to a crowded field. He placed in the top two out of 12 candidates during his first primary election in 2014.

Republicans are far less sure about him now.

“When they looked at Dan Newhouse when he voted to impeach Trump, conservatives saw that as him working with the other side,” said Massey, the Benton County Republican Party chair.

Newhouse also has a far more nuanced view on immigration reform than many other Republicans. While he recently pushed for increased border security, he has supported other types of immigration reform, such as legislation that would codify Deferred Action for Childhood Arrivals, the Obama-era executive order that prevented deportation for undocumented immigrants who arrived in this country as children. His co-sponsored Farm Workforce Modernization Act, multiprong legislation that would streamline immigration policies for farmworkers, passed the House in a bipartisan vote.

More recently, however, Newhouse has worked to remind voters of his conservative laurels. He recently introduced legislation to limit the purchase of agricultural land by China. Newhouse also opposed the push by Sen. Patty Murray and Gov. Jay Inslee to breach the Snake River Dam. In recent television ads, he highlights his support for gun rights, law enforcement and increasing fuel production.

Still, his opponents have campaigned that Newhouse isn’t conservative enough for the voters in the district and are pushing to restore Trump-era or “America First” policies, including strengthening the U.S.-Mexican border, lowering taxes and deregulation.

The other notable name in the race is Loren Culp, the Republican candidate for governor in 2020. Culp easily won the vote in the counties in the 4th District. Culp never conceded in the governor’s race, making unsubstantiated claims of widespread voter fraud, claims he continues to make to this day.

Culp has campaigned on several issues that have been touchpoints of the far right, including election integrity and critical race theory. He also seeks to return to Trump-era tax policies.

In February, Culp garnered a Trump endorsement, which has proved beneficial in other races elsewhere in the country. Culp has highlighted the endorsement on his various social media channels. He starts his Twitter bio with “President Trump Endorsement Candidate.”

Culp has taken to Twitter often to blame Biden for the country's woes, such as rising inflation, and criticize Newhouse.

“Prices of everything are up because of spineless reps like you who vote for big government spending bills right along [with] Nancy Pelosi,” he tweeted last week. “You continue to try and put a band-aid on a cut artery. Just resign. #worthless.”

Generally, Newhouse’s opponents have said Newhouse is meek and won’t fight for the district’s conservatives.

“I don’t believe as a representative, you get a mulligan,” said Jerrod Sessler, arguing that Newhouse should not be given any more chances to represent the congressional district.

Sessler, considered one of the top contenders among Newhouse’s Republican opponents, said his main focus is on decentralization and deregulation. He argues that Congress has ceded too much power to federal agencies and seeks to roll back regulations, such as those related to the environment.

For example, he is pushing to do away with the U.S. Department of Education and cede more decision-making to local school districts.

Sessler also has been vocal in his belief that the Jan. 6 committee hearings are an attempt by Democrats to get away with what he says was an illegitimate presidential election. He maintains what happened that day was not an insurrection.

Sessler is aware many voters don’t know about the impeachment vote and still support Newhouse. Still, he cites internal polling by his consultants to indicate he’s ahead of Newhouse.

“I’m the best candidate with a realistic shot at beating Dan Newhouse,” he said.

The rest of the field

Other Republican candidates include:

Can a Democrat win in Central Washington?

The sole Democratic candidate in the race this year, Doug White, believes he has a realistic chance to be elected and to have a Democrat represent the district for the first time in some three decades. White is new to public office, having decided to run after the Jan. 6 insurrection and because of his concern over democracy in the U.S.

Having spent considerable time working in Hong Kong, he’s seen democratic movements there get stifled by the government, and he said he did not want that to happen here.

“People went from being free to property of the state in an instant,” he said.

Coming from a farming family in the Yakima Valley, White believes more can be done to advance the agriculture industry, including tackling water access, immigration and climate change challenges. He believes his plans around these issues will resonate with both Democrats and Republicans.

White said that since he’s new to politics, he’s worked to learn from veteran party leaders throughout the district. He meets with leaders of the Democratic Party in the district once a week to talk strategy.

Richard Reuther, chair of the Benton County Democratic Central Committee, said he just met White in January but was quickly impressed with his international business experience in Asia and his knowledge of agriculture, which comes from being part of a farming family.

“There are some soft spots here (among voters), I think,” he said. “I think if we can hit the right ones and the Republicans continue to fumble, I think Doug has a chance of having a very close race, and I think he could win.”

Having a far-right or Trump-adjacent candidate, like Culp or Sessler, make it out of the primary could help White if he’s the other candidate to advance. But that would also increase the odds of having more far-right or Trump candidates in Congress, which Democrats don’t want, said Todd Schaefer, political science professor at Central Washington University.

And while Newhouse did vote to impeach Trump, his other actions in Congress indicate he’s not going to go against a Republican majority or be a crossover vote for Biden’s policies, he said.

“In other words: A Culp, Sessler, etc. victory helps [Democrats] marginally electorally but might hurt them more in governing,” he said.

One key difference from 2014, when Newhouse last ran in a crowded primary field, was consolidated backing last time over two Republican candidates — Newhouse and the general election opponent he defeated, Republican Clint Didier.

Consolidated support is nowhere to be seen this time around. While the two Tri-Cities area Republican parties have endorsed Klippert, primarily on his previous legislative experience, the other county party organizations haven’t followed suit.

Manjarrez, the Yakima County Republican chair, said her organization doesn’t typically endorse if there are more than two Republicans in the primary, but also noted there isn’t a clear consensus among party leaders in Yakima County or throughout the district about which candidate to support.

What some call a lack of enthusiasm seems to be reflected in fundraising.

Newhouse has far more funds, $1.2 million as of March, than other candidates, which is common among incumbents, making them difficult to defeat.

And the Trump endorsement hasn’t translated much in fundraising support for Culp, who has raised just over $191,000.

Among the remaining candidates, two others have raised well under $50,000 each.

White, the Democrat candidate, is third among all fundraising in this race, with $230,995.

“I think the fact that the other candidates haven’t gotten much traction may mean Newhouse isn’t as vulnerable as he first appears,” said Schaefer, the Central Washington University professor.

Republican candidates agree that fundraising has been a struggle.

“We’re running a lean team; we’re efficient,” said Gibson, who, at 44, is the youngest of all the candidates — the rest are in their 50s and 60s. “I have a huge uphill battle. This is a massive district, and name recognition is what it takes.”

Massey, the Benton County Republican Party chair, said whoever emerges in the top two from the crowded field will have the ability to not only draw their base of voters but also draw moderate and independent voters.

Among the Republican candidates, Newhouse, Sessler and Culp are expected to contend for what is likely the one remaining spot in the general election, with White expected to garner enough Democratic voter votes to secure the other.

Newhouse likely will draw moderate Republican voters, but Massey said he might be at a disadvantage with more conservative voters.

But it remains to be seen if Sessler or Culp can also attract moderate voters along with the ultra-conservative voters they’re expected to draw, he said.

Travis Ridout, director of the School of Politics, Philosophy and Public Affairs at Washington State University, said that given the open top-two primary system and mail-in voting, the electorate would likely fall in a broad political spectrum, which means no candidate can depend on their base voters alone, be it liberal or conservative.

“With so many [Republican] candidates, it seems that support is stretched,” he said. “It’s hard to see Newhouse being threatened.”

Manjarrez said she, too, expects Newhouse to have a good shot of making it to the general election, given there hasn’t been consolidated support for one Republican candidate.

“This race is a really tough one,” she said. “Your guess is as good as mine of what will happen.”