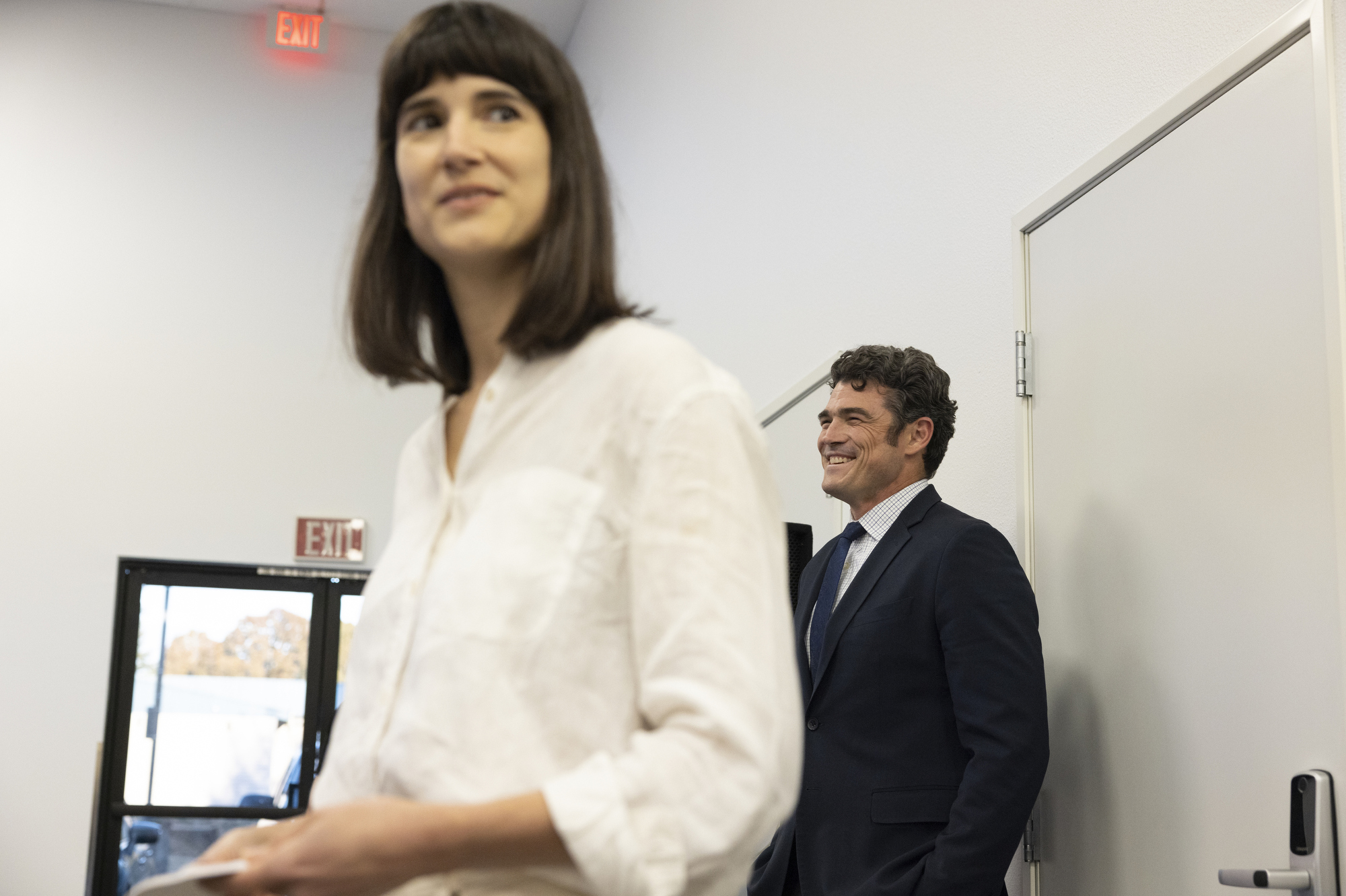 But as the two parties vie for control of Congress in the Nov. 8 election, it remains to be seen whether those dollars will translate into victories, and whether spending from outside groups will exert additional influence.

U.S. Rep. Kim Schrier raised $1.95 million through Saturday’s quarterly reporting deadline in her bid to keep the 8th Congressional district seat in Democratic hands, according to Federal Election Commission data. Schrier, a pediatrician from Sammamish, enters the final weeks of campaign season with $2.3 million on hand.

Her challenger Matt Larkin, meanwhile, brought in about $584,000 during this quarter, according to his latest report. Larkin, who works for his family’s manufacturing business, enters the final stretch with about $444,000 in cash on hand.

Washington’s 8th Congressional District – which includes parts of eastern King, Pierce and Snohomish counties, plus Chelan and Kittitas counties – has long been considered the most competitive in the state. A longtime moderate Republican stronghold, voters in the district voted for Schrier by slim margins in both 2018 and 2020.

Right now, Democrats hold just a five-seat majority in the U.S. House, and the party that controls the White House often sees congressional losses in midterm elections. As Schrier and Larkin exchange jabs over abortion rights and the state of the economy, the 8th District is expected to be a crucial factor in the determining the balance of power.

The other potentially-close race – Washington’s 3rd Congressional District in southwest Washington – only surfaced in August, when U.S. Rep. Jaime Herrera Beutler, R-Battle Ground, was sidelined in the top-two primary.

A swath of GOP voters punished Herrera Beutler, a six-term incumbent, for being one of only 10 House Republicans to vote to impeach former U.S. President Donald Trump after the Jan. 6 insurrection at the Capitol.

Now, voters in this district – which includes Clark County and the city of Vancouver, as well as Pacific, Wahkiakum, Skamania, Lewis and Cowlitz counties and a bit of Thurston County. – are tasked with choosing two relatively young and inexperienced candidates.

Joe Kent, a former Green Beret and intelligence worker, is an outspoken Republican and America First candidate endorsed by Trump, a sharp turn from the moderate Republicans and Democrats elected to the district in recent times. Kent has also drawn scrutiny for affiliations and interactions with white nationalists, and far-right groups like the Proud Boys – some of whose members have been charged with felonies in connection with the Jan. 6 Capitol insurrection.

Kent has vowed to impeach President Joe Biden, close the Southern border with Mexico – by using the military, if necessary – and has supported Trump’s baseless claim that the 2020 election was stolen.

Gluesenkamp Perez, who caucused for U.S. Sen. Bernie Sanders to be the 2016 Democratic presidential nominee, is touting her support for abortion rights and has vowed to be a pragmatist who supports small businesses.

For the Senate, Smiley, the Republican, raised $5.7 million in the latest quarter and has $2.45 million available to spend, according to the commission. Murray raised about $3.4 million this quarter, but still has more dollars than Smiley – about $3.8 million – on hand still to spend.

Republicans around the nation have been energized by Smiley’s campaign, although she still faces an uphill battle in unseating Murray. A Crosscut/Elway poll conducted in mid-September among likely voters had Murray at 50% and Smiley at 37%, with 12% undecided.