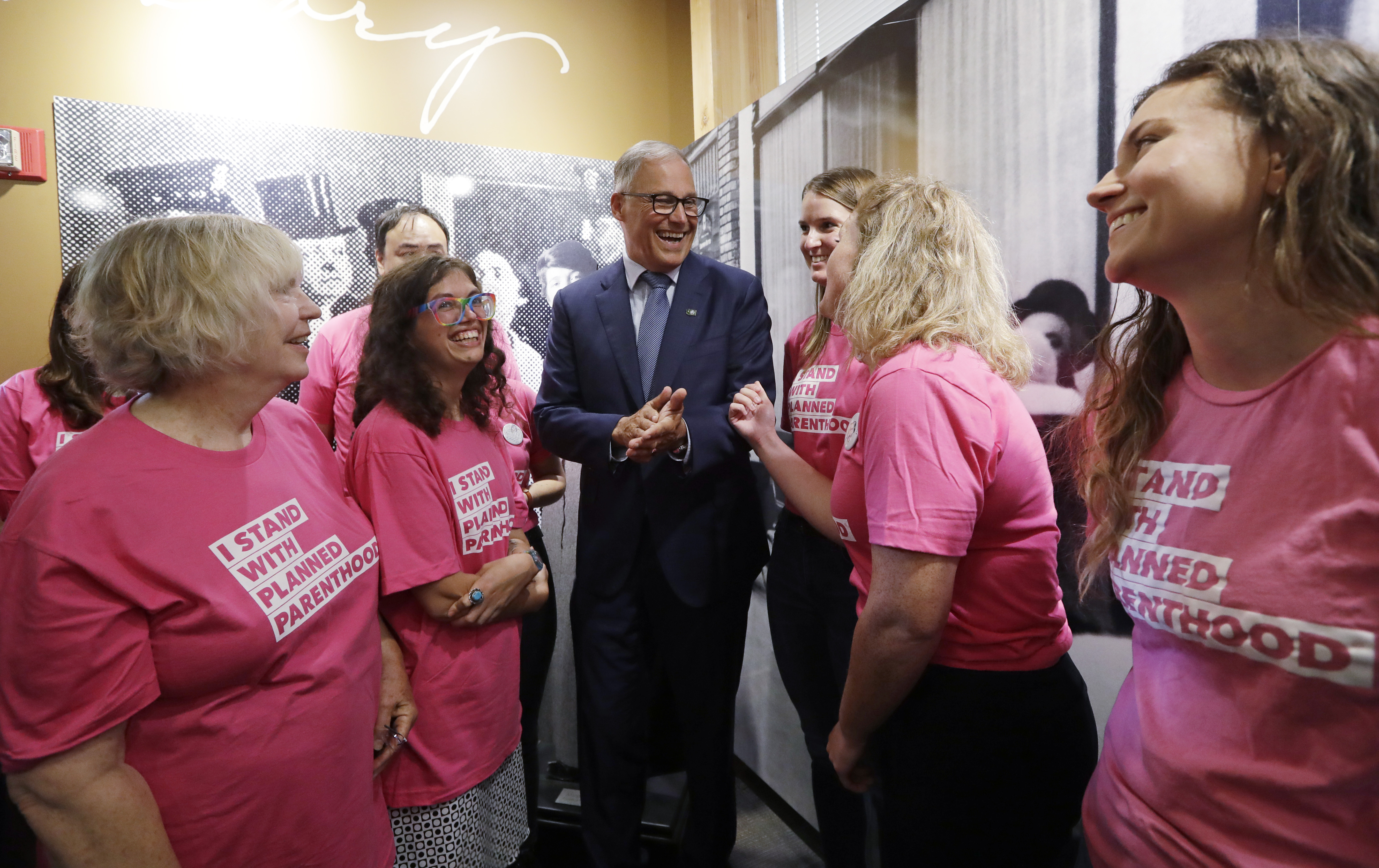 On Friday afternoon, Gov. Jay Inslee stood with state lawmakers and faith leaders at the Wayside United Church of Christ in Federal Way to announce several proposals to increase protections for abortion as well as gender-affirming care in Washington state.

He was joined by Rep. Drew Hansen, D-Bainbridge Island, who plans to introduce a sanctuary bill that will provide patients and medical providers with legal tools and protections if any criminal or civil action is taken against them for receiving, assisting or providing reproductive health care services or gender-affirming services in this state.

Hansen, an attorney and chair of the House Civil Rights & Judiciary Committee, said the proposed new law would block out-of-state subpoenas for services lawfully received and provided in Washington.

Washington’s Reproductive Privacy Act codified abortion rights into state law in 1991 through a narrowly successful voter initiative. Inslee has recently suggested the next step could be amending the state constitution to make it more difficult for the Legislature to undo these healthcare rights. But Washington has one of the most robust existing protections for abortion, even in the face of the U.S. Supreme Court’s decision on Dobbs v. Jackson Women’s Health, which overturned Roe v. Wade.

Rep. Tarra Simmons, D-Bremerton, said she plans to propose a bill that looks toward protecting access to reproductive and gender-affirming health care services from future health care organization mergers and acquisitions. The bill would allow the Washington attorney general to review any mergers or acquisitions before they can be finalized.

Washington voters are heading into the midterm elections with abortion rights at the top of their minds, according to a September Crosscut/Elway poll. Voters have until Nov. 8 to turn in their General Election ballots, which likely explains why these proposals were announced now instead of closer to the next legislative session, which begins in January. Every seat in the Washington House is on the ballot this year.

Friday's event was an appearance by Inslee and lawmakers in their official capacities. But the same day, the Washington State Republican Party issued a statement accusing Inslee of using taxpayer dollars to promote Democratic candidates and the party’s agenda. The Republicans did not directly mention the abortion policy news conference, but their press release, which was issued before the event, did note that Inslee would be appearing with Sen. Claire Wilson, a Democrat from Federal Way who is running for reelection.