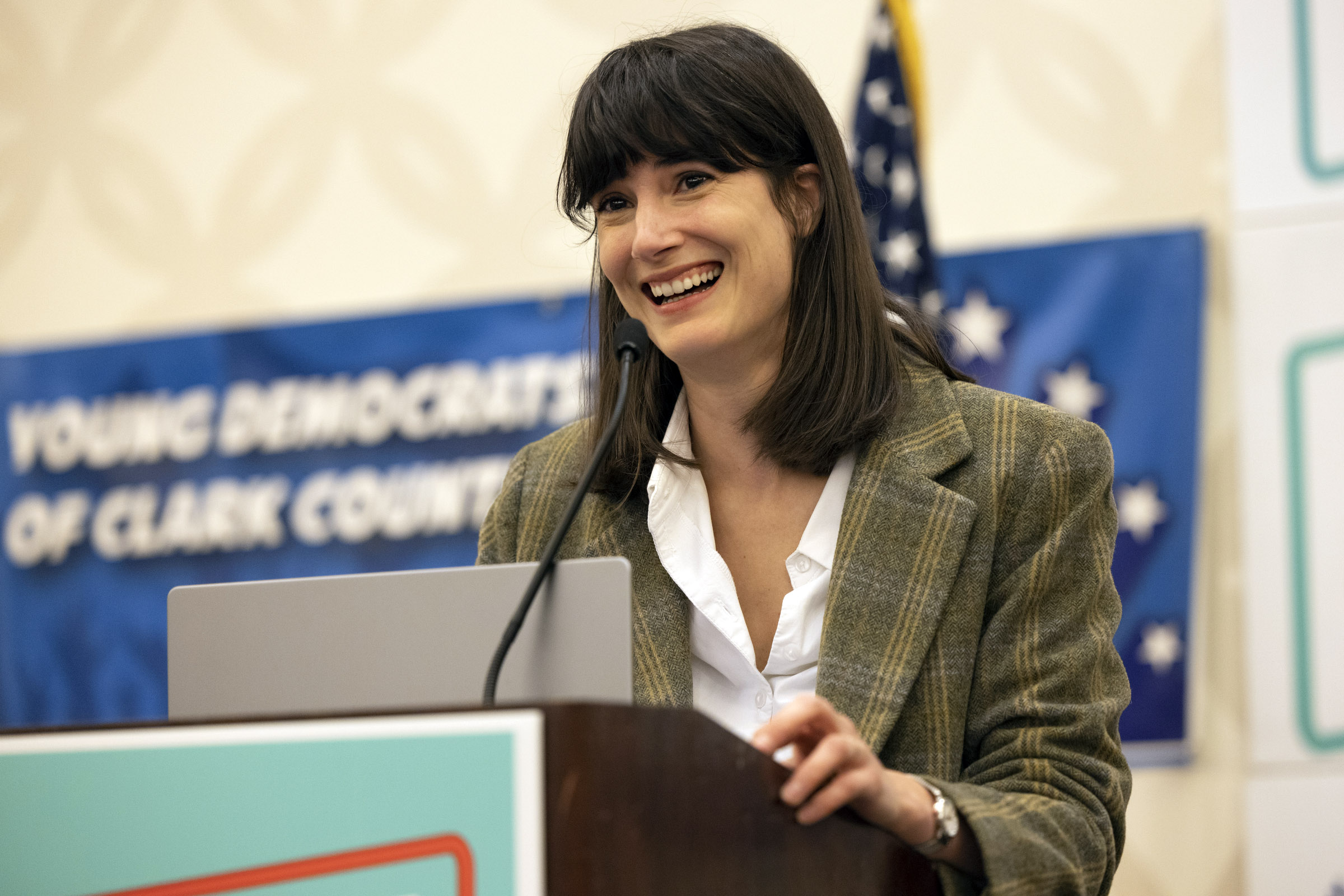 Marie Gluesenkamp Perez, a rural Democrat and auto-shop owner, has won a longshot bid to represent Southwest Washington in Congress.

A rural Skamania County resident, Gluesenkamp Perez has kept a lead throughout the vote count against Republican Joe Kent in the 3rd Congressional District, starting with a roughly 6% edge in last week’s initial election results. By the end of Saturday, with the bulk of votes in the district counted, she still led Kent by 4,621 votes, a margin of about 51% to 49%. The Seattle Times declared her the winner based on an analysis revealing Kent would need 73% of the remaining votes to catch up.

Her victory marks the second big surprise in the district this year. In another reality, six-term incumbent U.S. Rep. Jaime Herrera Beutler, R-Battle Ground, would likely have cruised to victory this week. But Herrera Beutler last year committed apostasy in the eyes of a large chunk of the Republican base by voting to impeach former President Donald Trump for his connection to the Jan. 6 insurrection at the U.S. Capitol.

Kent, who has been dogged by reports of affiliations or interactions with street brawlers and white nationalists, vowed to sharply restrict immigration and send the military to America’s southern border. He has called for the impeachment of President Joe Biden, Attorney General Merrick Garland and U.S. Homeland Security Secretary Alejandro Mayorkas.

While Kent vowed to use congressional authority to investigate the 2020 elections, he said at a rally last week that he would accept the election results, although he would push for an audit: "I’m not going to prolong this thing. If Marie wins, she wins."

And for the Democrats, the top-two winner was Gluesenkamp Perez, who owns an auto shop with her husband in Portland and who ran unsuccessfully in 2016 for county commissioner. A graduate of Reed College and the daughter of a Mexican immigrant, Gluesenkamp Perez is a bit of an outsider to the Democratic establishment. She caucused in 2016 for Sen. Bernie Sanders, she said, because she didn’t want to spend her whole life under Bush and Clinton presidential dynasties.

In her campaign, Gluesenkamp Perez promised to boost the trades and get more assistance for small businesses. And she vowed to safeguard legal abortion, in the wake of the U.S. Supreme Court’s rollback of federal protections for the procedure.

The 3rd district includes all of Clark County – including Vancouver, Washington’s fourth-largest city – along with Pacific, Wahkiakum, Skamania, Cowlitz and Lewis counties and a bit of southern Thurston County. That territory spans everything from Washington’s old-line timber and seafood industries to growing bedroom communities for Vancouver and Portland.

In getting to victory, Gluesenkamp Perez flipped Pacific County blue, and performed better in Lewis and Cowlitz counties than the Democratic candidate who ran in 2020. She also outperformed in Clark County, which has the bulk of the district’s votes. In that county, Gluesenkamp Perez Friday evening led Kent 55.6% to 43.8%.

Earlier on Friday, David Wasserman of the Cook Political Report, which provides nonpartisan election analysis, called a potential victory by Gluesenkamp Perez “a big upset for the Democrats.”

“National Democrats didn’t really think they could win, even though they believe that Joe Kent, a Green Beret and Gold Star husband, is a true extremist,” Wasserman said in a briefing with reporters on House races that hadn’t yet been called.

“So Democrats kind of let this race play out on its own, rather than getting involved, and they believe that nationalizing the race would have actually hurt Marie Perez’s chances,” he added.

The race played out a bit under the national radar, without the gobs of outside spending often seen in competitive House districts.

Kent outraised Gluesenkamp Perez in the early half of the election, as the Republican primary drew attention and resources. She got a later start, and wound up slightly outraising Kent. As of Oct. 19, Gluesenkamp Perez had spent about $3.2 million, according to the Federal Election Commission, while Kent spent about $3 million.

Helping Gluesenkamp Perez persuade voters was a handful of locally elected Republicans and David Nierenberg, a top fundraiser for Herrera Beutler who went on to help the Democrat raise funds and attract more supporters.