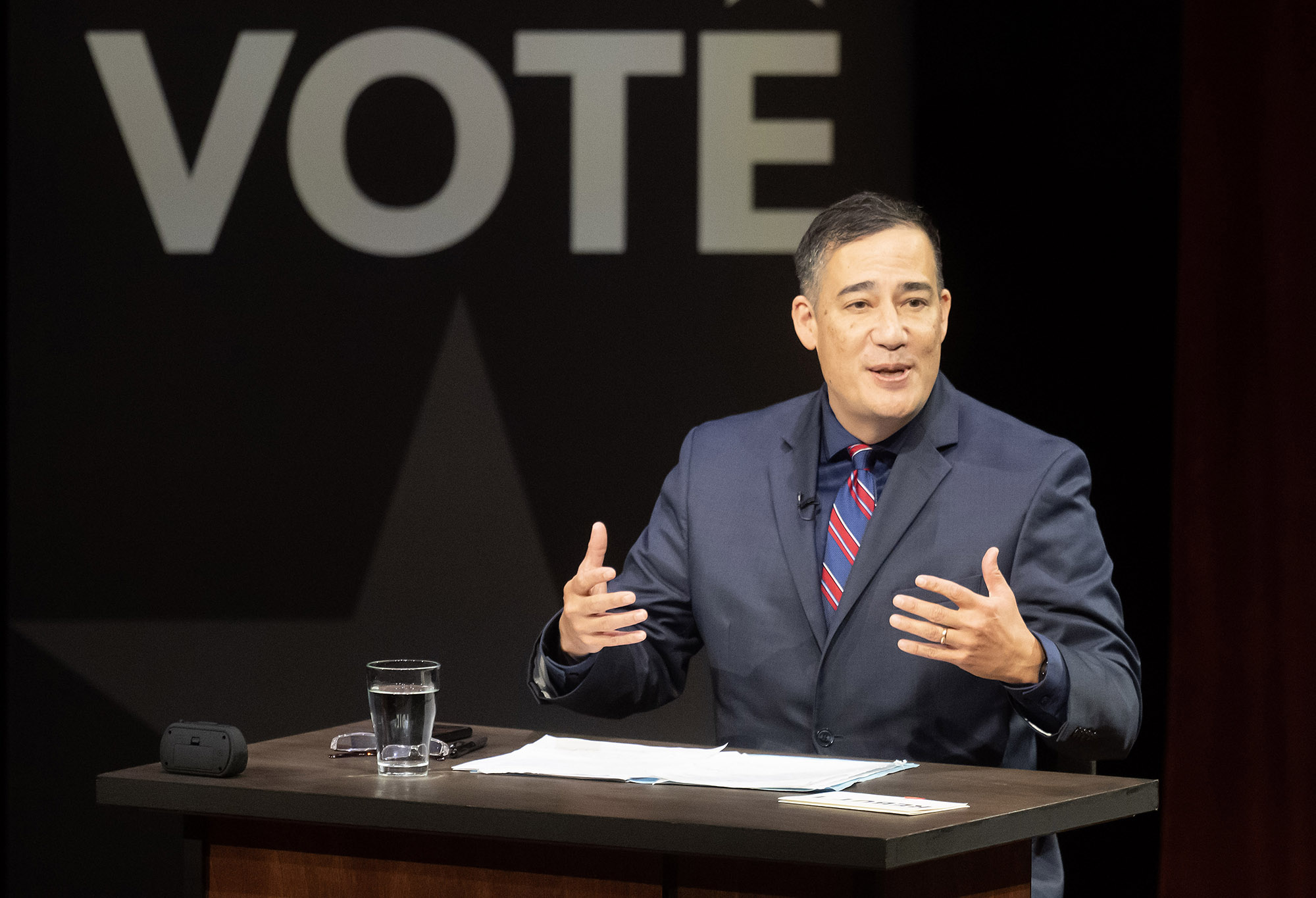 The win makes Hobbs – a longtime Snohomish County state lawmaker appointed to the position last year by Gov. Jay Inslee – the first Democrat to win the office since 1960. He is also the first-ever person of color to win the office, which, among other things, oversees the state’s elections.

Anderson, who since 2009 has administered local elections as Pierce County Auditor, said in a statement that she had delivered her concession in a phone call to Hobbs.

“I knew this would be a tough race but believed strongly it needed to be run,” Anderson said in prepared remarks. “Voters deserved to have the choice of an experienced elections administrator — without party strings attached. While many voters made that choice, it wasn’t quite enough.”

Anderson added that she stands “ready to assist the Office of the Secretary of State in any way” and “I ask all my supporters to do the same.”

While some more votes remain to be counted, as of Thursday evening Hobbs led Anderson 49% to 47%. Nearly 4% of voters opted instead for a write-in candidate. Those votes may well have gone to state Rep. Brad Klippert, a Republican from Kennewick who mounted a write-in campaign after the GOP was shut out in the August primaries.

The race was a special election to fill the final two years of Republican Secretary of State Kim Wyman's four-year elected term. After winning reelection in 2020 as the last statewide-elected Republican, Wyman departed last year to accept an election security post in the administration of President Joe Biden.

Other than overseeing Washington’s vote-by-mail system, the secretary of state’s office maintains state records and the state library, and supervises the registrations of corporations and nonprofit organizations.

Long known as a moderate Democrat, Hobbs came to the office with no previous election management experience. He campaigned on his experience as a seasoned lawmaker and chair of the Senate Transportation Committee, and his career as a lieutenant colonel in the Washington National Guard. In that role, Hobbs has deployed overseas and helped direct the Guard’s work during the COVID-19 pandemic. He campaigned on his work to combat mis- and disinformation, and, more broadly, on election security.

Anderson, first elected in 2009 as Pierce County Auditor, campaigned on her deep election experience and touted her nonpartisan status, both of which she contended could strengthen trust in elections.

Her campaign earned an eclectic band of supporters, from Democratic elected officials in Pierce County to former statewide elected Republicans, like Gov. Dan Evans and Secretary of State Sam Reed.

Behind him, Hobbs had the shoulder of the bulk of the Democratic Party, long shut out of the only statewide office it did not control. The office will be up for election again in 2024 for a full four-year term.