Kent, Gluesenkamp Perez race could determine the future of Congress

The contest for southwest Washington's 3rd Congressional District could shift the balance of power in D.C. and reshape state politics. 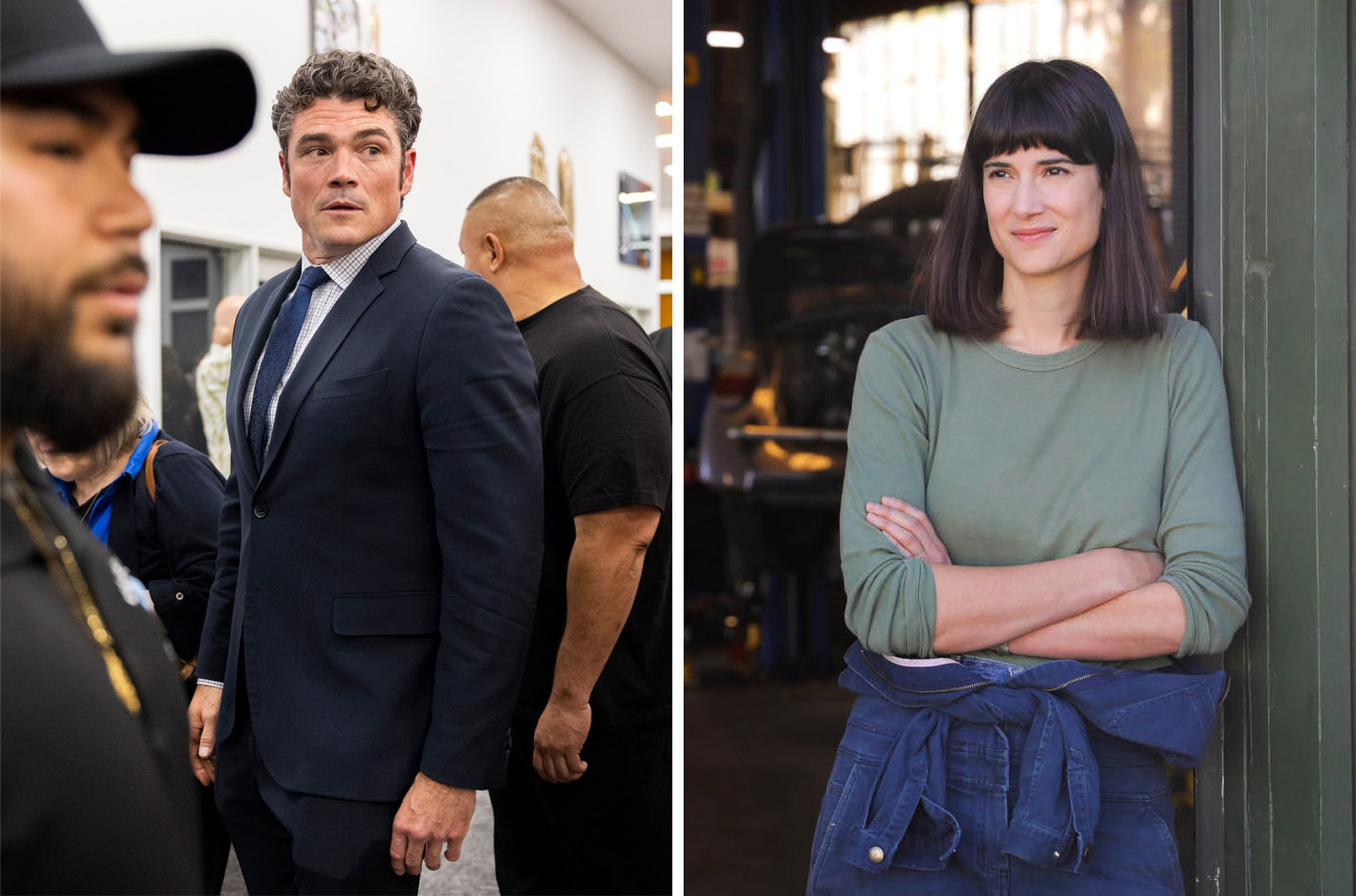 As they cast ballots before Tuesday evening’s election deadline, southwest Washington voters will choose a congressperson that could reshape America’s political balance of power – and change the tenor of regional politics.

The race between Republican Joe Kent and Democrat Marie Gluesenkamp Perez in the 3rd Congressional District has been one of the most unconventional contests for Congress anywhere this year.

Voters will choose between Kent, a Trump-endorsed America First special forces veteran and intelligence operative, and Gluesenkamp Perez, a rural Skamania County Democrat who owns an auto shop in Portland.

Unlike many races in Washington state, the apparition of former President Donald Trump has hung directly over this contest.

The pair of young candidates now face off to replace Rep. Jaime Herrera Beutler, a Republican from Battle Ground. Voters punished Herrera Beutler in the August top-two primary after she voted to impeach the president for his connection to Jan. 6 insurrection at the U.S. Capitol.

Washington’s 3rd District includes all of Clark, Wahkiakum, Pacific, Skamania, Cowlitz and Lewis counties and a snippet of Thurston County. It encompasses everything from the timber and seafood industries to the city of Vancouver and booming bedroom communities for that city and Portland.

The race to represent southwest Washington has been a contest of stark contrasts. If elected, Kent would seek to rein in government spending, impeach President Joe Biden and several members of his cabinet and shut down the government to gain leverage over the president. He has campaigned on securing America’s border to also stanch the flow of unlawful immigration and drugs – and would send the military if necessary.

Kent, who has been dogged by reports of affiliations or interactions with far-right actors and white nationalists, would seek to restrict lawful immigration and talks of ending birthright citizenship. While he disavowed the Capitol insurrection publicly when it happened, Kent has been sympathetic to those charged, has downplayed the incident, and said he would support presidential pardons of them. The Western States Center, an organization that researches extremism in the region, named Kent among a handful of candidates on its list of "Bigoted and Anti-Democracy" candidates.

Like Republicans elsewhere, Kent has also campaigned hard on rising prices for gas and groceries. In an interview Thursday evening at a Ridgefield, Clark County, town hall where he addressed about 65 supporters, Kent predicted a bleak future out of a Gluesenkamp Perez victory.

"If Marie wins, we get two more years of Nancy Pelosi and Joe Biden's agenda, inflation continues to get driven off a cliff, nothing is done about crime," Kent said, adding: "Really we just can't afford this in any way, shape or form. That's why I'm running, to end one-party rule in Washington, D.C."

While Kent has called for congressional investigations into the legitimacy of the 2020 election, he said during the town hall that he would accept the Nov. 8 election results.

"I will concede, but I will push for audits," Kent said in response to a question from the audience. But, he added, "I’m not going to prolong this thing. If Marie wins, she wins."

Kent has drawn national attention and continues to build a base of support beyond Washington. He has been a regular presence on Fox News, where he appeared again before Thursday’s town hall. On the program, host Tucker Carlson called Kent “maybe the most impressive of all running for Congress this cycle.”

After a slow start and scant support from national Democrats, Gluesenkamp Perez has raised the funds necessary to get ads on the air with her message, according to her campaign. While Kent raised and spent more money early on in a competitive primary, Gluesenkamp Perez ultimately managed to match him, according to campaign-disclosure records. As of Oct. 19, she had raised nearly $3.3 million, while Kent had raised almost $3.2 million. Both campaigns have spent the bulk of their dollars.

In an interview, Gluesenkamp Perez contended that a Kent victory would lay the groundwork for similar campaigns across America.

"If a political extremist like Joe Kent can win in southwest Washington … this should be concerning to all of us,” she said.

If elected, Gluesenkamp Perez vowed to “immediately address our economy” including by supporting small businesses and the trades. She also vowed to defend the right to free and fair elections, and to protect abortion laws and “our right to healthcare.”

“I think it's impossible to disentangle the economic interests from the political interests, like worrying if you can fill up your grocery cart,” she said. “Sadly, as we've seen for a lot of voters, your commitment to democratic ideals can slip.”

Each candidate has sought to entice voters on the other side in a district that Trump won by four percentage points in 2020. Kent has noted that he is not a small-government conservative. He envisions using congressional power to break up the tech industries. And in his town hall Kent – who has also campaigned to stem drug overdoses – said he didn’t oppose using federal funding to boost things like mental-health services.

Meanwhile, a question lingers about what the 22% of primary voters who chose Herrera Beutler will do when they fill out their ballots. After her loss, at least a small group of Republicans moved to support Gluesenkamp Perez.

One of them is David Nierenberg, a former top fundraiser for Herrera Beutler, who has among other things criticized Kent’s quest to sharply limit immigration. In an interview, Nierenberg pointed to questions about the nature of Kent’s day job as a tech worker, which was raised by reports in The Daily Beast and Oregon Public Broadcasting. Those reports found errors in Kent’s disclosure filings to Congress, with the name of his employer, which has been described as a tech start-up, repeatedly misspelled.

Meanwhile, a report in Oregon Public Broadcasting quoted Kent’s former campaign manager, Byron Sanford, as saying that Kent spent the bulk of his time campaigning and described the candidate’s career as a “phantom job.”

Campaign manager Matt Braynard took responsibility for those disclosure errors, and vowed to quickly correct them. Both he and Kent have insisted that the candidate does indeed work, albeit on a flexible schedule, according to that report.

Nierenberg this week filed complaints with the Federal Elections Commission and to the House Committee on Ethics alleging that Kent may have been getting paid to campaign.

“Indeed, there is significant recently unearthed evidence to support the conclusion that Kent may be, in a major violation of campaign finance and disclosure laws, being paid a six figure income by a person or persons unknown specifically to campaign for office, initially against incumbent 3rd Congressional District Rep. Jaime Herrera Beutler, and then, after Herrera Beutler was defeated in the primary, against general election opponent Marie Gluesenkamp Perez,” Nierenberg wrote in the complaint.

On Thursday night, once Braynard became aware that Kent had granted an interview to a reporter to discuss his positions and the election, the operative swiftly whisked away the candidate. Braynard  – himself a minor celebrity for his hand in the broad effort to delegitimize the 2020 election results – steered Kent off, saying, “The candidate has to talk to voters.”

Braynard on Friday didn’t respond to emails sent to either a campaign account or his national political consulting account seeking further comment on the race or the ethics complaints filed by Nierenberg.

Kent himself has been unafraid of taking queries from journalists. Earlier in the interview, before getting cut off by his handler, Kent described a final push of town halls, sign-waving, door-knocking and advertisements to get the votes. Said Kent: “We're leaving it on the field."