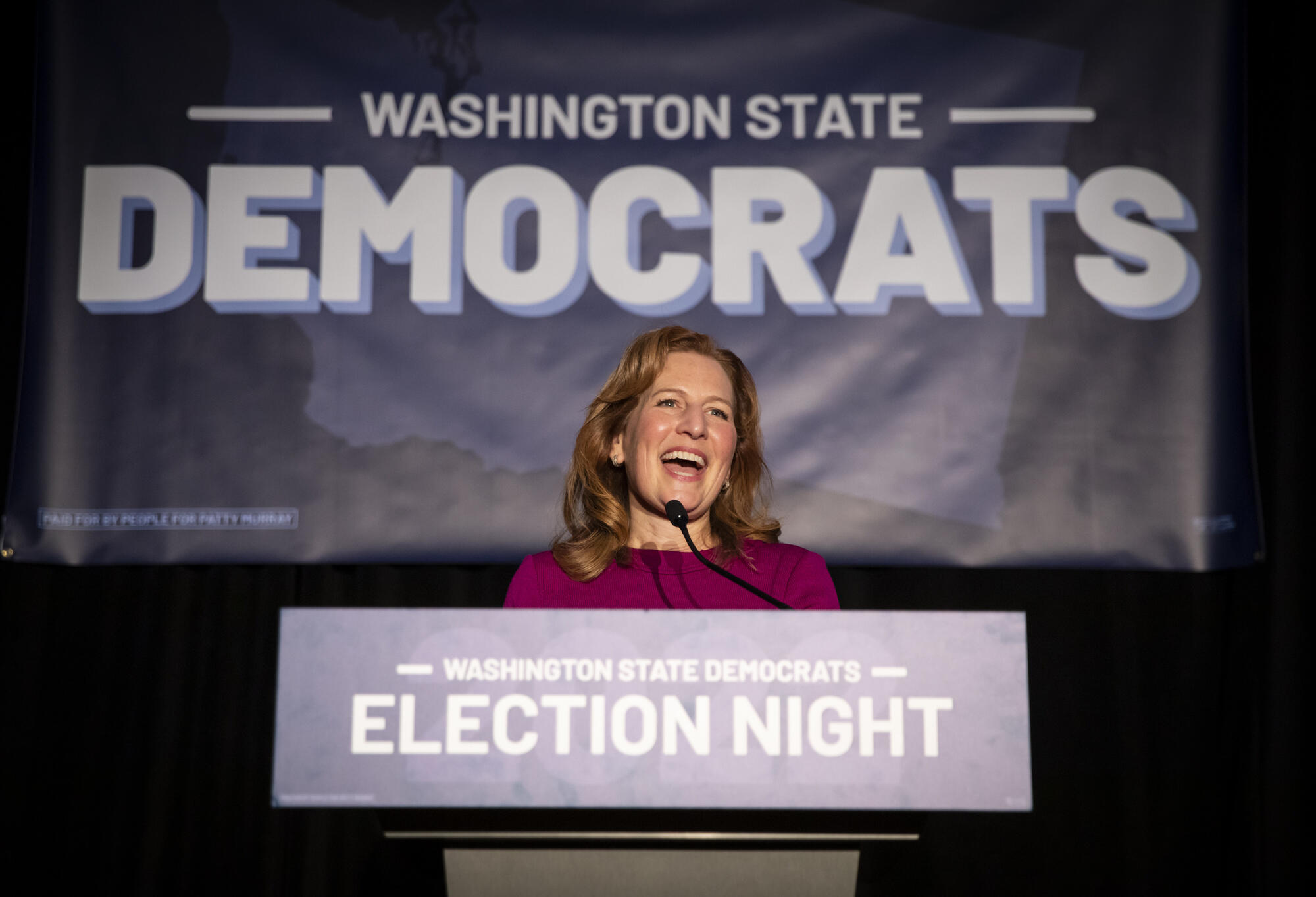 Rep. Kim Schrier gives a celebratory speech after leading the polls on election night at the Westin Bellevue on Nov. 8, 2022. (Amanda Snyder/Crosscut)

The pediatrician from Sammamish defeated Republican challenger Matt Larkin, 52% to 48%. After three days of vote counting, The Associated Press declared Schrier the winner on Thursday.

The contest in the 8th District — as well as the race in Washington’s 3rd Congressional District — is expected to help determine whether Democrats keep their razor-slim majority in the U.S. House. Now three days after the General Election, the balance of power in both the House and the U.S. Senate remain up in the air as votes continue to be counted in many states. Republicans aimed to flip the 8th and keep the 3rd in their effort to retake Congress.

As of Thursday’s vote tally, Democrat Marie Gluesenkamp Perez was leading Republican Joe Kent in the 3rd district by 51% to 49%, but that race has yet to be called.

Schrier, the first Democrat elected to the 8th District, campaigned on Democratic legislation passed earlier this year, including a cap on insulin prices for seniors on Medicare. She has also touted her bipartisan work on bills, including legislation signed by former president Donald Trump and bills co-sponsored with GOP members of Congress.

She argued it is important to have a woman doctor sit in Congress following the U.S. Supreme Court’s decision to overturn federal protections for abortion. Schrier says Republican majorities in Congress would seek to pass nationwide restrictions on abortion access.

The 8th District straddles the Cascades, including Chelan and Kittitas counties as well as eastern King, Pierce and Snohomish counties. The district long supported moderate Republican representatives before Schrier rode a blue wave to victory in 2018 that also saw her party reclaim the House, serving as a check on then-President Donald Trump.

The 8th District was back in the spotlight this year, as one of the key seats targeted by Republicans to take back Congress.

Larkin, who works as legal counsel to his family’s business, which makes components for water pipes, made a slogan out of “Make Crime Illegal Again.” He campaigned on the promise that divided government in the other Washington would lead to reined-in spending.