Juarez, the first Indigenous woman to hold the position, was selected by her colleagues to serve as council president in January 2022. 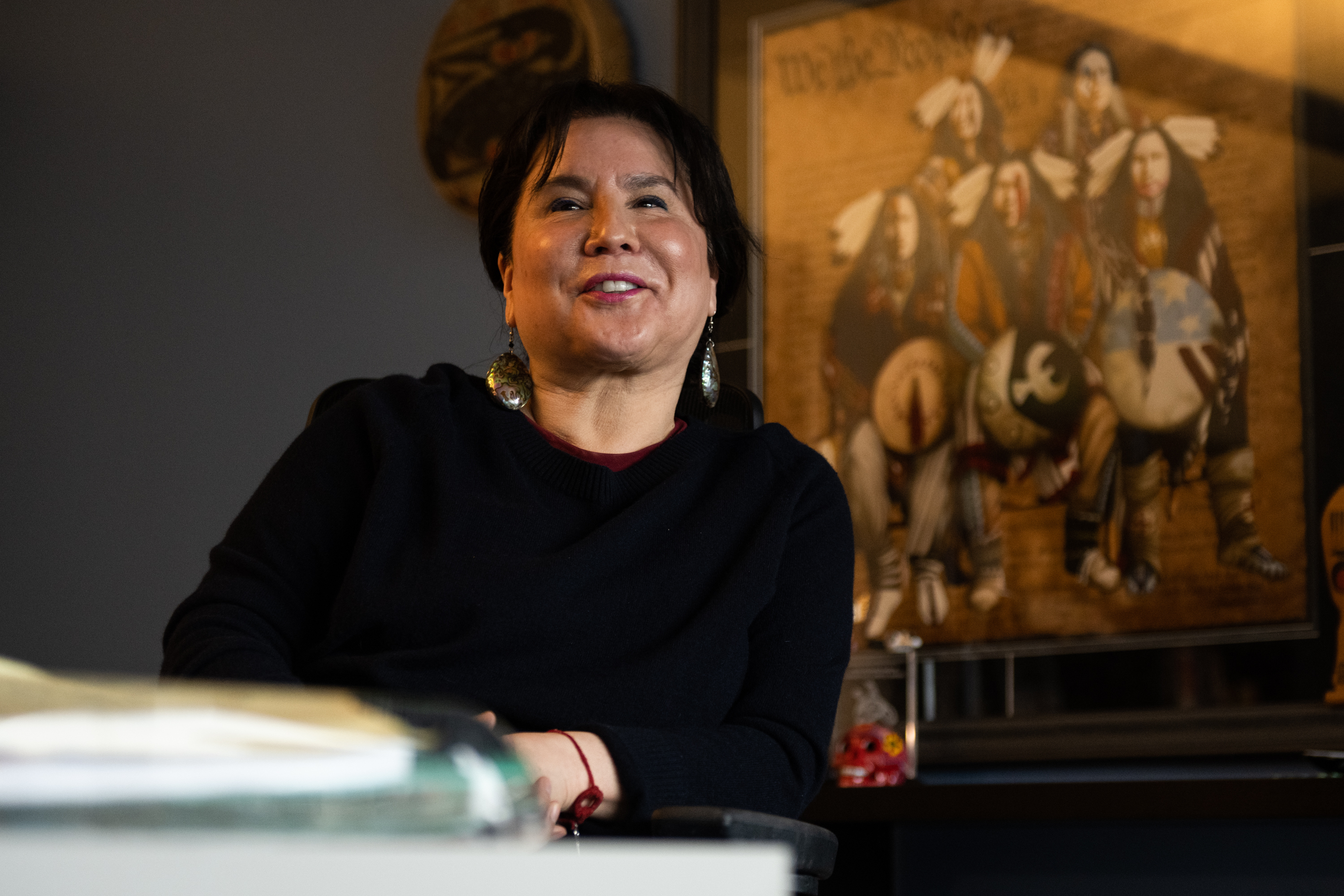 Council President Debora Juarez will not seek re-election next year. Her current term as council member and leader of the Seattle City Council comes to an end on Dec. 31, 2023.

Juarez referred to the end of her time on the council at a Dec. 12 council briefing. “This is my last year here, so I’m trying to get a lot done,” said Juarez during a discussion about an upcoming conference in Washington, D.C.

Council spokesperson Dana Robinson-Slote confirmed to Crosscut that Juarez does not intend to run for re-election next year. Robinson-Slote wrote, “It’s a conversation that has been underway for some time now, and both her term of service and in a leadership capacity will conclude next year, 2023.”

Juarez, who represents North Seattle’s 5th District, was first elected to the City Council in 2015 and re-elected in 2019. She is a member of the Blackfeet Nation and, when selected by her colleagues to serve as council president in January 2022, became the first Indigenous woman to hold the position.

Juarez has long advocated for tribal rights in her legal career and government work. She has represented nearly every tribe in Washington as an attorney for Evergreen Legal Services’ Native American Project. She later served as a King County Superior Court and Seattle Municipal Court pro-tem judge before she was appointed in 1996 as the executive director of the Governor's Office of Indian Affairs under Mike Lowry.

As council president, Juarez has urged equanimity among colleagues and celebrated when council members were able to peacefully work through their differences.