Stipend for WA homeless-service workers has provided $10.7M so far

More than 11,000 people have applied to the program, which aims to address turnover. Funding long-term pay increases could prove more challenging. 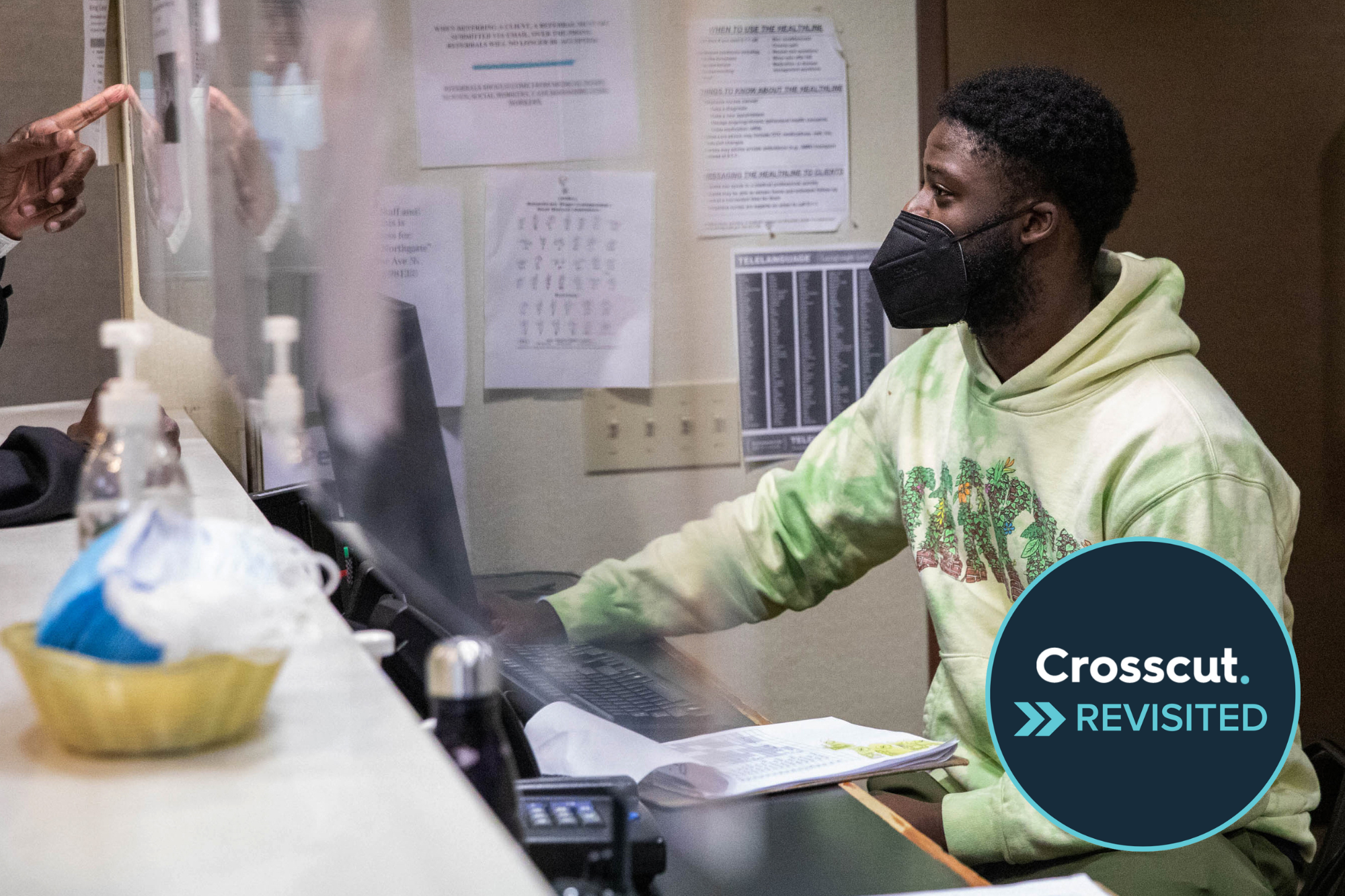 Washington’s homeless-services sector is struggling with a workforce crisis. Burned out by low wages and challenging, often traumatic work, frontline workers are quitting in droves.

The shelters, outreach groups, housing providers and other organizations that make up the state’s homelessness response system are having trouble hiring new staff to fill those vacancies, with entry-level wages in the sector now often competing with lower-stress jobs in retail and food service.

The problem of burnout and high turnover predates the pandemic. But COVID-19 amplified challenges as shelters closed, counselors had to meet with clients via video chat and isolation increased clients’ mental health and addiction issues.

In recognition of the sector’s workforce struggles and the fact that Washington cannot address its persistent homelessness crisis without a fully staffed response system, the state legislature created a stipend program using federal pandemic relief money that offers workers two rounds of payments of up to $2,000.

The stipends are meant to provide short-term relief for homeless-service workers whose wages are often low enough to qualify them for the same safety-net programs their clients use, such as food stamps. The legislature is also funding a study that will look at ways to make careers in the sector more sustainable in addition to raising wages.

Crosscut reported on the program when it launched at the end of September. With a key program deadline coming up this week, it’s a good time to check back in. Workers had to get approved for their first stipend by Dec. 22 in order to qualify in time for the second round of stipends. Though the deadline to get two stipends has passed, workers still have until June 2, 2023 to apply for a single stipend.

So far, 11,356 homeless-service workers across the state have applied for relief payments. FORWARD, the company contracting with the state Department of Commerce to handle applications and disburse funds, has paid $10,771,500 to workers and plans to get another $8,000,000 out the door before the end of the year. FORWARD expects to distribute the full $51 million in available stipends by the time the program ends on June 30.

Ashleigh Desvigne is the lead family advocate at the YWCA Seattle King Snohomish’s Project Reunite, which provides supportive housing and classes for parents experiencing homelessness and drug addiction to get them stabilized and reunited with their children. After five and a half years with the YWCA and a decade in the homeless-service industry, she earns $25.50 an hour, or around $53,000 a year.

Desvigne just received confirmation that her stipend application was approved on Monday this week and that the check would be mailed out in the next two weeks.

“It’ll let me get a big toe out of the dark hole of debt for a minute,” said Desvigne. “I’m looking forward to being able to take care of a couple bills that are way overdue.”

She lamented that the money won’t arrive in time to buy her children Christmas presents this year, but continued, “It’s cool that it’s helping the new year start off on better footing.”

Desvigne told Crosscut that she found the application process a little frustrating. While she had heard through the grapevine that other people got their checks right away, her application, along with those of many of her co-workers, had a “pending” status for nearly two months. She worried that something had gone wrong with her application or that she’d made an error. When she was finally able to connect with a program representative, Desvigne was just told to keep an eye on her application status. It was stressful to think she might miss out on the much-needed stipend, she said.

Raven McShane, a senior director at FORWARD, said the company is doing its best to strike a balance between getting money out quickly and being careful to ensure only those who meet the eligibility requirements get the stipends.

“I appreciate the frustration. … There are so many people in need and it is so important to make sure people eligible for the money actually get it,” said McShane. “We’re very careful about our fraud processes while also assuming the best intention from the people applying to the program.”

Of the nearly 11,400 people who’ve requested relief money so far, just over 9,000 have been deemed eligible to receive funds. McShane said applicants are most commonly rejected for earning more than 80% of their area median income. The stipends are available only to those earning 80% or less.

“When I did the stipend program last year, we knew it was the opening of a conversation to learn more about the extent of need,” said state Rep. Nicole Macri, D-Seattle, who sponsored the stipend program legislation. “It was meant to signal to workers [that] we hear you and understand the financial struggles you have and your commitment to this work.”

Macri, who is also deputy director for the Seattle housing and service nonprofit Downtown Emergency Service Center, said one of her priorities for the 2023 legislative session is to try to secure permanent increases in state contracts for homeless-service providers.

Gov. Jay Inslee has already proposed a 5% homeless-services contract increase in his 2023-2025 budget, which will cost about $6.3 million. Macri commended Inslee for including more money for providers, but said the increase still does not rise to the occasion. She wants to ensure that those contract increases at least match inflation.

Michele Thomas, policy director for the Washington Low Income Housing Alliance, said she will be lobbying the legislature to at least double Inslee’s proposed contract increase and make it permanent.

“It’s critical that it’s permanent because that’s what gives organizations the ability to raise wages,” she said. “Not a one-time bump, but something they can budget against [on an ongoing basis].”

The push for greater investment in homeless-service workers comes at a challenging time for homelessness and housing funding, despite projections of an overall surplus in the state budget. Nearly all of Washington’s state-level homeless-service grants are paid for through a surcharge residents pay when filing documents related to mortgage originations and refinancing, among others.

There’s no one thing that Washington and its cities need to improve upon in order to address the homelessness and affordable-housing crises. Cities and counties need more affordable housing, more shelter space and more resources for mental health and addiction treatment. But for Macri, the essential throughline is a workforce with sustainable pay and workloads.

“For our neighbors who are suffering and our communities who are being impacted … we can’t slow down our efforts to increase housing for the lowest-income people, to increase opportunities to bring people indoors and shelter them. But we can only do that if we’re adequately supporting the workforce,” Macri said.