Does the $15 minimum wage law impact life outside of work? 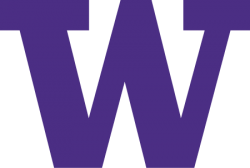 In January 2014, Seattle made history when it became the first major city in the U.S. to adopt a $15 minimum wage.

When the new law took effect the following year, policymakers were entering uncharted waters, as were workers and businesses. No one knew how the increase would play out with real people in the real world.

With other cities watching to see how it would unfold — and waiting to see if they should follow suit — the city of Seattle contracted with an interdisciplinary team of University of Washington faculty from the Evans School, the School of Social Work and the School of Public Health to conduct a multi-year study of the new law and its effects.

For researchers at the Evans School, the wage increase presented an unprecedented opportunity: the ability to track and study the effects of a new policy in real time.

But this is different. We get to evaluate as it happens.

“Often when you’re studying public policy, you either come in after a policy has been implemented, or your team helps design a program and then studies it from the beginning,” explains Heather Hill, an associate professor at the Evans School and co-investigator for the study. “But this is different. We get to evaluate as it happens.”

As the new wages took effect, the researchers tracked potential bellwethers of the law’s impact, including wages, the number of hours employees worked and the prices of local goods.

But numbers can only say so much.

“While administrative data will give comprehensive results about changes in the number of jobs and hours worked, it doesn’t tell us how workers affected by the minimum wage view their quality of life,” explains Hilary Wething, a Ph.D. student at the Evans School and member of the Minimum Wage Study.

Hilary Wething, Ph.D. student at the Evans School of Public Policy & Governance and member of the Minimum Wage Study.

Wething, Hill and a team of other UW students make up a subgroup of the Minimum Wage Study aimed at collecting qualitative data related to the new law.

Beyond hours worked or tips received, the workers divulged complex aspects of their lives. “We asked how well their work hours fit with their family life, what works about that and what doesn’t,” explains Wething. “We asked questions that allowed them to provide a lot of detail that otherwise wouldn’t be given.”

Wething previously worked primarily with quantitative data on low-wage work, and was surprised by the intimate conversations she had with the participants about their lives.

After months of interviews, Wething noticed a similar response among the dozens of participants: Many did not understand the nuances of the complicated wage law, or how it would apply to the businesses they worked for.

Wething found this particularly troublesome. If the workers did not know how much they were supposed to be making under the new law, they also didn’t know whether their employer was paying them fairly or not.

“Hearing people’s stories was not only moving, it also provided a lot of context about the perspective they bring to their work lives and how they view their roles as a parent,” she says. “It feels like you’re going from black and white to full color.”

Working in the restaurant industry used to be an entry-level job. But circumstances have changed. Now, you have adults working those jobs trying to make enough money to have a reasonable life. That needs to be considered whether people support a $15 minimum wage or are against it.”
— Daisley Gordon, Owner and Executive Chef, Café Campagne

As the team embarks on final interviews this spring, Wething and Hill hope their data will help create a more complete picture along with the analysis of state administrative data and survey responses from employers. Initial results from the study will be available later this year.

“For instance, if we see that there were positive, negative or no effects of the minimum wage change on workers, their earnings or their employment, then the interviews from the workers study could provide insight into why that’s the case,” says Hill.

For Wething, the opportunity to be part of the qualitative team has not only provided a one-of-a-kind research experience, it also helped her define her post-Ph.D. path. Inspired by Evans School faculty, she hopes to follow in their footsteps and pursue a career in academia, which would enable her to continue researching the lives of low-wage workers and their families.

“To be involved with the Minimum Wage Study is a privilege,” she says. “People nationwide have eyes on what we’re doing. I feel inspired and grateful every day to get to work on this.”