Anita Plater is one of countless Americans whose life was turned upside down by the COVID-19 pandemic.

Just before March 2020, Plater was working in community transit and looking after her daughter. She had recently divorced her husband of 17 years and was hoping to start a new chapter in life.

But then COVID-19 hit and Plater was laid off. She quickly found herself struggling to keep up with her bills. Plater’s mother, who had already been sick for some time, passed away. So did several of Plater’s close friends, which left Plater feeling even more alone. She tried to put on a brave face for her daughter, but the pressure was overwhelming.

“Everything was fine and then in the blink of an eye that changed,” Plater said.

As the bills piled up, Plater’s sister Renee suggested she reach out to Byrd Barr Place, a community organization in Seattle’s Central District that provides services to those struggling with basic needs.

At first, Plater was skeptical. She’d reached out to other agencies without success. There was also pride. Admitting you need help can be difficult.

But the bills kept coming, and Renee kept pushing. Eventually, Plater gave in and filled out an application on Byrd Barr’s website. She didn’t expect to hear back: When she’d reached out to other agencies, she’d been met with nothing but radio silence.

“I pretty much was on the verge of losing everything,” Plater said.

Byrd Barr Place is hard to describe. It’s a food bank, but it’s also a center for activism. You can visit the organization’s Pike Street offices for help paying your gas bill, and while you’re there, you can sign up for personal finance classes or a free acting workshop hosted by the Seattle Rep. It’s a safety net for individuals, but also the community as a whole. At its core, Byrd Barr Place is about empowerment.

The organization was founded in 1964 as part of President Lyndon Johnson’s Economic Opportunity Act. It was the height of the civil rights Era. Redlining was a fact of life in Seattle and Black people were being pushed to the city’s Central District.

Byrd Barr Place CEO Andrea Sanderson said the organization was created to address the needs of Seattle residents living at the intersection of racism and poverty. The community’s needs have evolved over the past 50 years, but the organization’s core goals remain much the same, Sanderson said.

Activism and advocacy continue to play a large role in Byrd Barr Place’s mission, but in order to effect long-term change, you first need to make sure people’s basic needs are being met.

That’s where Byrd Barr Place’s many services come in. The flagship service offered by Byrd Barr is their energy assistance program, which helps Seattle residents at or below 150% of the federal poverty level pay their utility bills. Byrd Barr Place also offers rental assistance for people facing eviction. 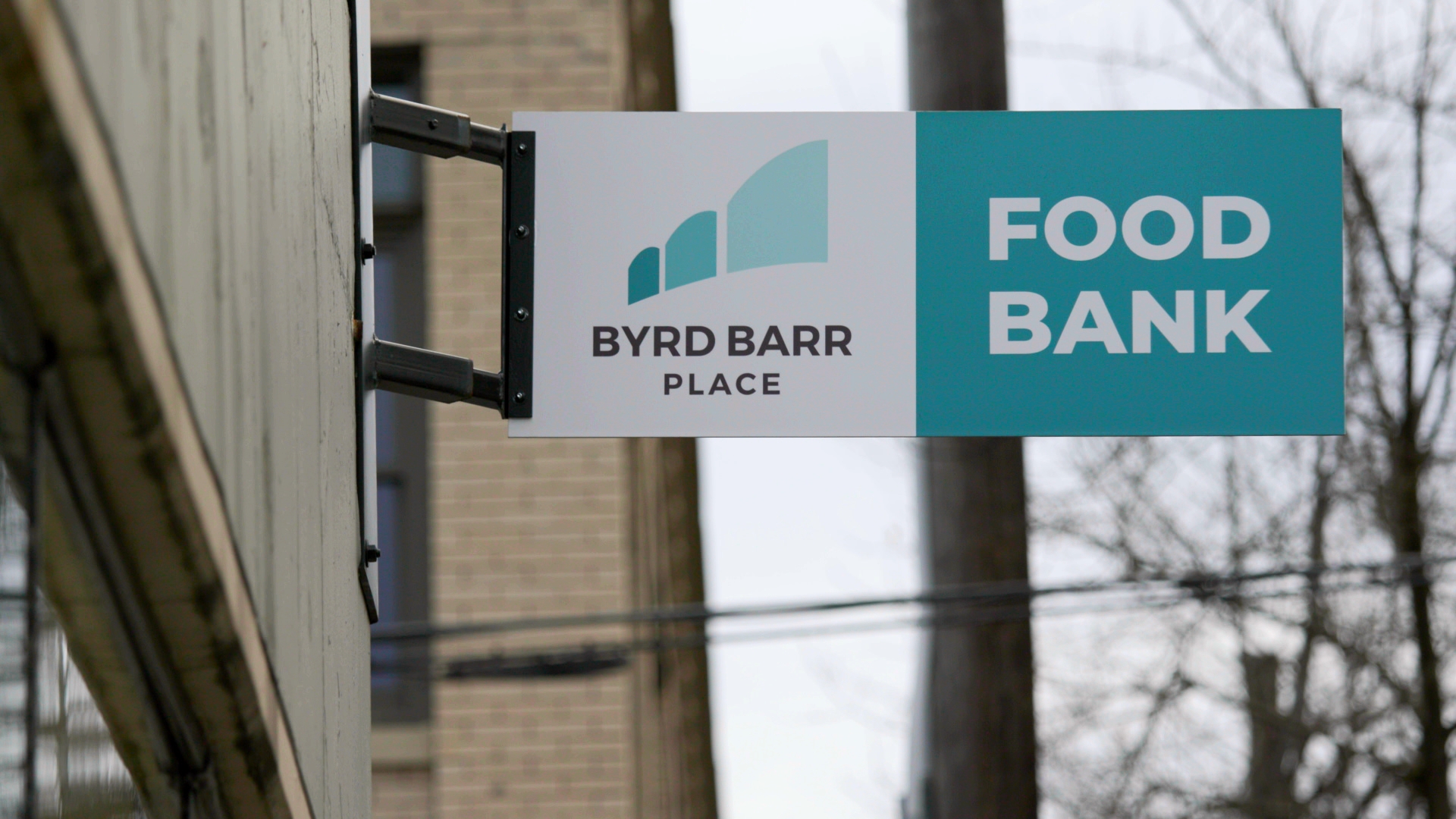 The food bank at Byrd Barr Place is set up like a grocery store and operates under a client choice model, which gives clients the freedom to look around and choose items that are appealing to them. (Image still from video by Michael Fox)

The clients who come to Byrd Barr Place for help rarely have just one need, which is why the organization offers a “wraparound” suite of services, said Meredith Sibley, development manager at Byrd Barr Place.

If a family coming to Byrd Barr Place for rental assistance is also struggling with hunger, they can stop by the organization’s food bank, which operates under a client choice model. Set up like a grocery store, it allows clients to look around and choose items that are actually appealing to them instead of being handed a pre-packed bag of whatever was available that day. Sibley said Byrd Barr Place works to make sure the food bank is well stocked with fresh foods and culturally appropriate items that meet the needs of the agency’s diverse clientele.

Byrd Barr Place also offers personal finance classes and other events designed to empower community members. And if Byrd Barr Place doesn’t have what a client is looking for, the organization can connect them with an extensive network of other social service providers.

A few weeks after submitting her online application, Plater got an email from Daniel Hennessy, a client advocate with Byrd Barr Place.

At the time, Plater’s biggest priority was housing. She’d fallen behind on bills after losing her job and her landlord had recently given her an eviction notice. Over phone calls and emails, Hennessy walked her through the paperwork and questionnaires required for rental assistance.

When Plater had tried to get help at other organizations, she’d struggled to get anyone on the line and found herself leaving voicemails that went unanswered. At Byrd Barr Place, she said the difference was night and day. Hennessy would frequently call her, sometimes to follow up on her application, but also just to check in to see how Plater was doing and if she had any questions.

“I thought that was really, really nice of him,” Plater said. “He didn’t have to and the fact that he remembered and reached out to me meant a lot.” 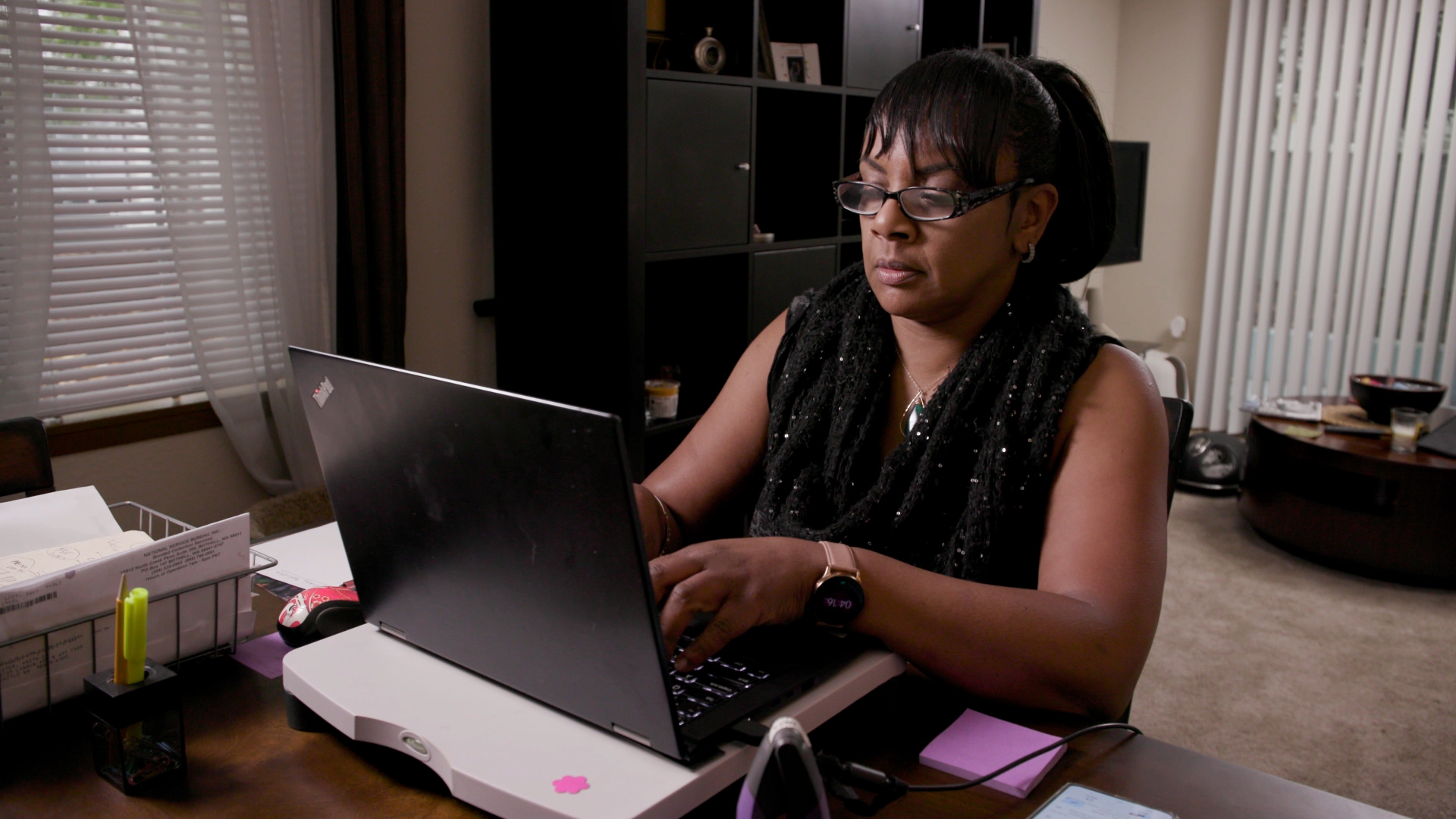 After Anita Plater filled out an online application on Byrd Barr Place’s website, a client advocate reached out and helped her sign up for rental assistance. (Image still from video by Michael Fox)

Plater was approved for rental assistance in January 2021, but it wasn’t the end of her problems. She had been overcharged for heating at her previous house and back payments had spiraled up to $1,200. Plater was at a loss how to pay.

Then, out of the blue, Hennessy called with good news: The paperwork Plater filled out for rental assistance also qualified her for energy assistance. She didn’t have to file any more paperwork; a $500 grant for heating was already on its way.

“The fact that he went out of his way to check to see if I qualify for that, and then to reach out to me — I was speechless,” Plater said.

The main role of client advocates like Hennessy is to help navigate the bureaucratic jumble associated with social services applications. But at Byrd Barr Place, their work goes beyond just paperwork. Many of the client advocates work with clients for multiple years and develop close relationships, Sibley said.

Sanderson said the client advocate positions at Byrd Barr were created to help shift the balance of power in favor of clients. Instead of a hierarchical dynamic, Sanderson said, Byrd Barr Place treats the relationship between clients and advocates as more of a partnership.

Navigating the world of social services can be complex and overwhelming. It’s something Sanderson has experienced firsthand. 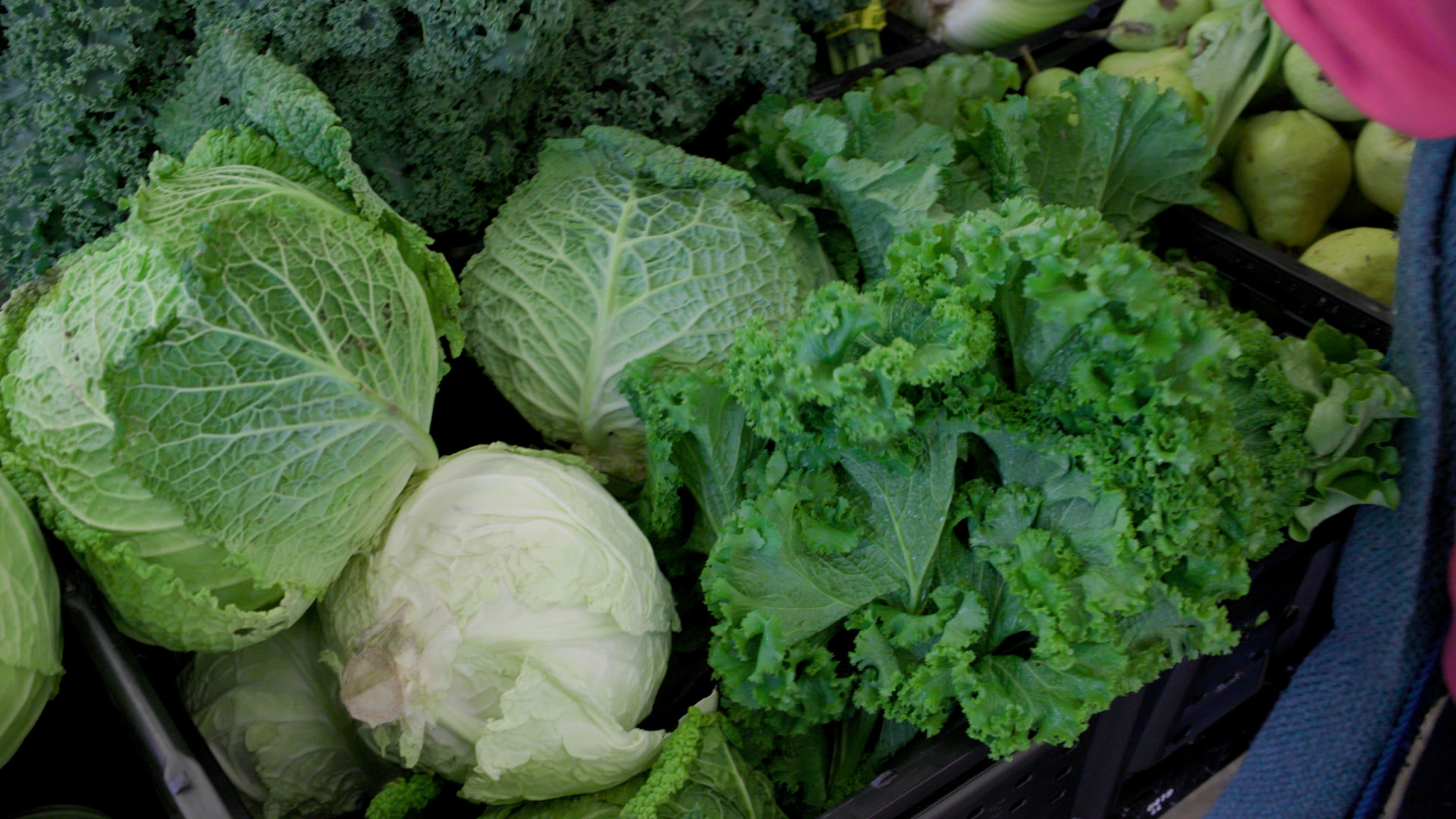 The food bank at Byrd Barr Place is open three days a week and carries a variety of fresh foods and vegetables. (Image still from video by Michael Fox)

As a single mother at age 19, Sanderson remembers battling shame while standing in line at food banks and trying to get help with her energy bills. That shame can be a significant barrier for clients, Sanderson said. That’s why Byrd Barr Place works to emphasize hospitality and make sure clients feel welcome, no matter their circumstances.

Byrd Barr Place’s client-first philosophy also extends to their advocacy work. Instead of a top-down approach dictated by a panel of experts, Sanderson said Byrd Barr Place works to center the voices of people most affected.

“We’re encouraging institutions to solve it from the individual level,” Sanderson said. “Inviting individuals who are affected by these issues to the table to co-create solutions with them.”

‘Black Well-being and Beyond’

For Byrd Barr, working towards systemic change sometimes takes the form of research. In 2015, Byrd Barr worked in collaboration with other local organizations to publish Black Well-being and Beyond, an extensive report examining the wellbeing of Black Washingtonians in key areas like education, health, civic engagement and economic security.

The findings were stark. The report found that life expectancy for Black Washingtonians is four years lower than average. The study also found other systemic barriers including high incarceration rates and low economic mobility.

The research helped Byrd Barr Place assess the needs of their clients and how they can help address them. It also caught the eye of Premera Blue Cross, a health care plan in the Pacific Northwest.

Premera was interested in learning more about the issues examined in the study and provided a $300,000 grant to fund future research. Sanderson said she was impressed by Premera’s desire to self-reflect and study how they could improve their own practices to better serve Black patients in Washington.

“They wanted to be able to understand more deeply how they can use the feedback from Black Washingtonians to begin to think about how they can use it as a tool to examine themselves,” Sanderson said.

Funding from corporate sponsors often comes in fits  and starts, which Sanderson said can make long-term change difficult. But the funding from Premera is significant because it is ongoing and spread across multiple years, allowing Byrd Barr Place to invest in more impactful work, Sanderson said.

“Others like to virtue signal that symbolically, [they’re] doing this thing, but practically haven’t taken steps towards doing it,” Sanderson said. “Premera was our example to show them how they can do it functionally.”

In November 2021, Plater visited Byrd Barr Place and met with Hennessy in person for the first time. Plater was nervous, but quickly reassured when Hennessy was just as nice and helpful in person as he had been over the phone. The pair sat at Hennessy’s desk and worked through paperwork together. After that, Plater explored the food bank and chatted with employees about ideas for different food options.

Plater is still working to secure full-time employment, but with the newfound assistance from Byrd Barr Place, she said things are more stable and the future looks bright. Plater said she’s interested in giving back and potentially volunteering at Byrd Barr Place when she’s able to in the future. She’s currently working on polishing her resume and sending out job applications.

Plater had hesitated to reach out to Byrd Barr Place because of her experiences at other agencies, but she recommends that others don’t wait. There’s help out there, she said, all you need to do is ask.

“Hope is alive, and there are people who can help you if you just reach out to them. Byrd Barr is one of them,” Plater said.