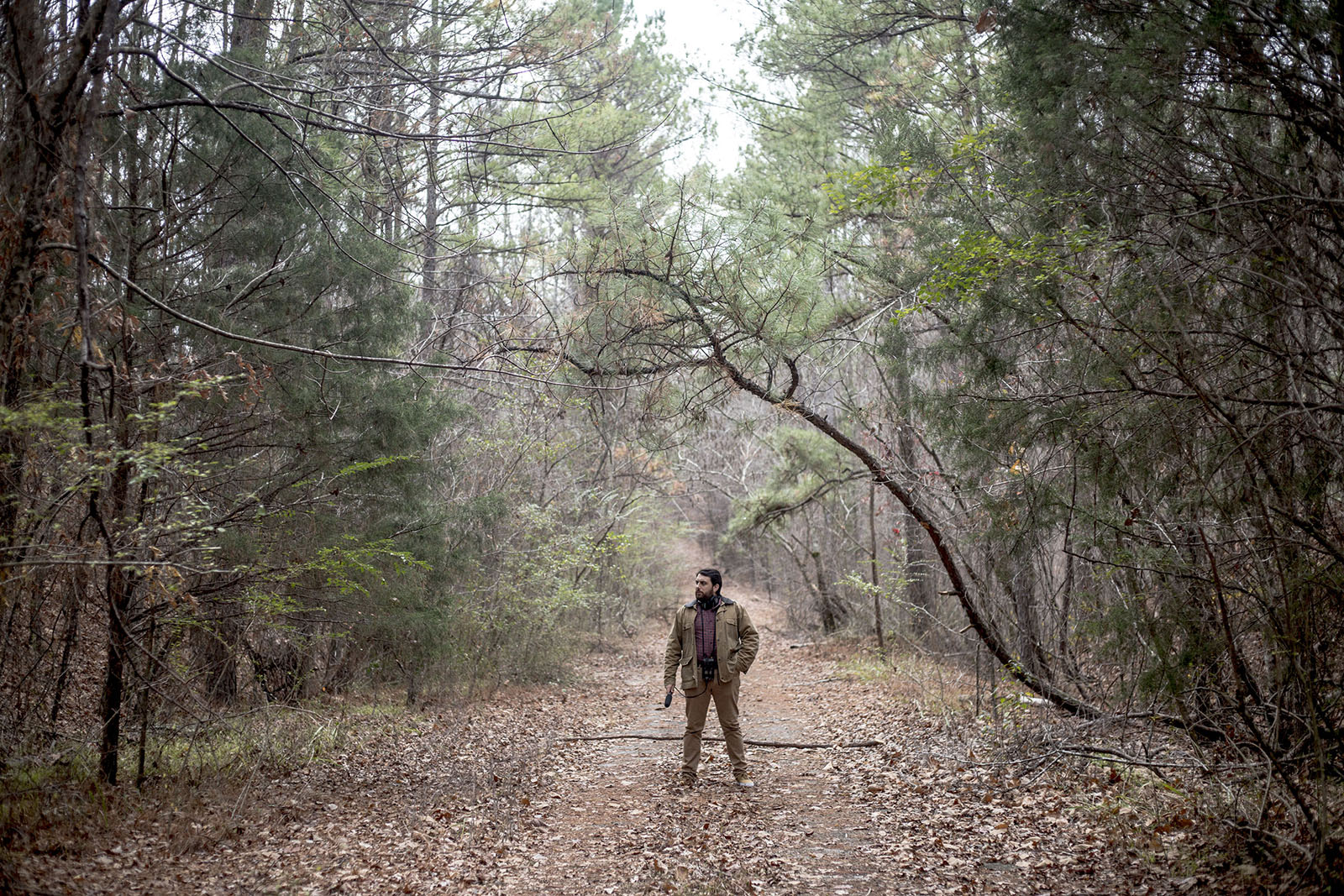 “S-Town,” the blockbuster, seven-episode podcast released last March, is not an easy thing to describe in just a sentence or two. The story begins as a murder mystery, but soon turns into something much more. It tells a tale of tucked-away tattoo parlors and corruption. It’s about clocks, climate change, stray dogs and dementia. And it delves delicately yet deeply into the intricacies of relationships between men living in a small town in the South.

“It’s a difficult story to summarize,” admits the show’s host and co-creator, Brian Reed, whose reporting included hours of phone calls and numerous trips from his home in Brooklyn to tiny Woodstock, Alabama, over the course of more than three years. “It was scary when we were putting the story together, because it’s very important to be able to say what the story is about. The fact that it was hard to do that was frightening. I worried that maybe we really didn’t have a story.”

But Reed persisted, and his fears were soon put to rest. Episodes of the difficult-to-describe narrative were downloaded 40 million times within the first month of its release, according to Seth Lind, director of operations for radio show This American Life. To date, S-Town episodes have been downloaded more than 73 million times. S-Town is a production of This American Life  and the similarly popular podcast Serial.

About the event
What: Lecture by Brian Reed, co-creator and host of S-Town
When: Saturday, February 10, 7:30 p.m.
Where: Washington Center for the Performing Arts, Main Stage, Olympia
Tickets: http://www.washingtoncenter.org/event/brian-reed/

In a lecture February 10 at the Washington Center for the Performing Arts in Olympia, Reed will talk about his relationship with the show’s main character, unveil photos from his visits to Woodstock, and reveal to the audience a piece of audio tape that still makes him cry.

The Birth of S-Town

The story of S-Town begins in late 2012 with an email sent to This American Life’s general email account, where listeners can share their thoughts about shows. Reed, a producer at the time, was scrolling through the emails when the subject line of one in particular caught his eye: John B McLemore lives in Shittown Alabama.

The email, written by lifelong Bibb County resident John McLemore, detailed McLemore’s suspicions of a murder covered up by a corrupt police force. Reed took the bait and replied. Two years of off-and-on email correspondence (Reed was also working on other stories at the time) eventually led to an in-person meeting and hours of long, rambling phone calls.

McLemore, a master horologist (restorer of antique clocks) who was the sole caregiver for his house-bound mother and a dozen adopted dogs, was a study in contradictions: he mocked people with tattoos, yet his body was covered with them. He used slurs when talking about people’s sexual orientations, yet hinted overtly at his own homosexuality. He had nothing good to say about the town’s “redneck” residents, yet spent time socializing with several of them – most often over copious amounts of Wild Turkey. He raged endlessly about society’s apathy concerning climate change.

After considerable exploration into the issue, the murder was eventually debunked, but during the course of Reed’s reporting the story took a dramatic turn: McLemore killed himself. This unleashed a torrent of theories and suspicions about McLemore, his acquaintances and the workings of the town, resulting in more questions than answers.

Reed found himself questioning the veracity of McLemore’s distant cousin, investigating the possibility of hidden treasure, and interviewing dozens of McLemore’s friends and acquaintances whose stories led Reed even further down an already convoluted path. 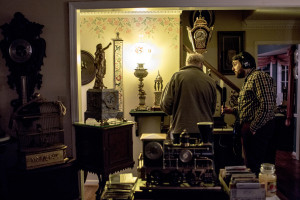 One of the questions Reed has addressed often since the airing of S-Town surrounds the length of time he was able to spend investigating a story that, at times, didn’t feel like a story at all. Budgets for most publications rarely allow writers more than a few weeks to report and write a story. Reed exchanged emails with McLemore for nearly two years before they even spoke on the phone, and even more time passed before they met in person. Many more months were spent tracking down sources, chasing theories and interviewing folks that would never even be mentioned in the podcast.

“It’s important to understand the culture of This American Life,” Reed explains. “We are all very open to working on something and having it not work out in the end.” The staff kills upwards of half the stories reporters are working on, despite the amount of time and energy invested, Reed says. “It’s that environment that allowed this story to happen.”

For Reed, it wasn’t until his main source died that the story began to take shape.

“I had been at a point where I wasn’t sure where the story was going,” says Reed. “I went to John’s funeral wondering that. After his death, things started happening and it clarified a reporting path.”

The People He Knew

Reed interviewed and got to know dozens of people who knew McLemore: among them, Tyler Goodson, a man half John’s age who could best be described as his unofficial adoptive son; Faye Gamble, the town clerk who held a list of people John wanted contacted after his death but failed to reach out to most of them; and Reta Lawrence, John’s cousin who wrestled with Goodson for control of McLemore’s estate and affairs.

Reed also interviewed several people who don’t appear in the podcast. He spoke at length with a man who worked for a tree removal service in town and who had befriended McLemore. At one point in McLemore’s life, the two would spend hours walking through the forest, looking at trees and talking. When Reed called the man to tell him that McLemore had died, the man sobbed uncontrollably.

Reed’s lecture will include updates on some of Woodstock’s residents since the podcast aired, discussion of the impacts, large and small, the show has had on the town and its residents, and excerpts from emails he’s received from some of the show’s characters. Reed will show invoices for some of McLemore’s work as a horologist, along with photos and other random material collected during his reporting.

What Reed won’t talk about are discussions he had off the record with his sources. In the last podcast chapter, Reed tells Tyler Goodson that he may want to think carefully about anything he might have to say about the whereabouts of McLemore’s fortune, rumored to be hidden somewhere on his property. Goodson pauses, then asks Reed to shut off the recorder. The conversation ends there.

“There are absolutely things I promised I wouldn’t share, or determined that I wouldn’t share,” says Reed. “When reporting on people’s lives, you learn way more than you ever put into a story. That certainly was the case with S-Town.”

The S-Town podcast concludes with many questions unanswered, some because they just didn’t make it into the show, others because of the nature of the conversations and promises made, and some because there are just no answers to be found. Time will tell — or maybe it won’t — what will become of the intricate hedge maze on McLemore’s property, where his wealth was hidden, and whether his last wishes will ever be fulfilled.

Since he finished up work on S-Town, Reed has been named the senior producer of This American Life, running the show with Ira Glass. Reed’s responsibilities have shifted from storytelling to vetting stories and editing colleagues’ work, but he says he’s “getting an itch to report again.” He hints at the possibility of another project, but isn’t ready to share details just yet.

With nearly a year since the podcast’s release, Reed has had time to reflect on the story of S-Town. He’s absorbed the reviews, heard from countless listeners and watched how the podcast has sparked widespread discussions on the broader topics of racism, sexuality and climate change. Until recently, he continued to struggle to summarize the show, but finally landed upon a suitably succinct description.

Which says it all.

The Washington Center for the Performing Arts, South Puget Sound’s beloved performing arts facility, is committed to providing a wide variety of entertainment and cultural activities for the residents of five counties. Located in the heart of Washington State’s capital city, The Center has become a community gathering place, providing a focus for the performing arts unique to the region.

We present our own season of nationally and internationally touring artists from a broad spectrum of genres and styles. We are also the home of over 20 local performance groups, otherwise known as our Artistic Partners.