When you think of a Bluegrass festival, maybe you think of summertime in the great outdoors, the deep south, the Smoky Mountains, self-taught musicians jamming on dime store banjos and thrift shop guitars. Or maybe you think of the off-season in the exclusive ski resort town of Telluride, Colorado, where old time mountain musicians and academy trained progressive pickers come together every June to play in the shadows of the towering aspens.

But unless you’ve been there on the last weekend in February some time during the last six years, you probably don’t think of the Hyatt Regency Hotel in downtown Bellevue: That’s the home of Wintergrass, the Northwest’s most celebrated annual gathering of bluegrass musicians and aficionados.

Picture the scene: You’re walking the wide, high-ceilinged halls of a plush, four star hotel in the upscale suburban mecca that is Bellevue, surrounded by tables selling high-end, handmade instruments and clothes that wouldn’t be out of place at a Grateful Dead show. All around you small groups gather in horseshoe formations, picking away at banjos and mandolins, sawing on fiddles, plucking at the heavy strings of an upright bass. Ballrooms that lately hosted software conventions and wedding receptions are transformed into auditoriums for thousands of fans.

Wintergrass's artistic director is Patrice O’Neill, a local musician (she’s currently a member of the popular folk trio Uncle Bonsai) who was part of the team that had the bright idea of moving bluegrass indoors in October, 1993. By February of the following year, the festival was up and running — the first indoor bluegrass festival in the world — at the Sheraton Hotel in Tacoma, which saw occupancy rates go through the roof thanks to a slate of artists that included the man largely credited with inventing bluegrass music, Bill Monroe. But when the Sheraton was transformed into the Hotel Murano in 2007, it spelled the end of Wintergrass’s sixteen year Tacoma residency.

“The Murano features glass art and sculptures on every floor, tying in with Tacoma’s glass-blowing community,” explains O’Neill. “So it wasn’t a very good fit for a festival where people were packing the halls with potentially dangerous musical instruments.”

O’Neill took the necessary move as an opportunity to grow, with the festival taking up residence in the much larger Hyatt. This year marked the sixth Wintergrass in Bellevue, and with people coming from all over the region (and, indeed, the world) the festival’s allotment of rooms sold out long before the event got under way.

“One of the great things about the Hyatt is that we can have all our events under one roof, which wasn’t the case in Tacoma,” O’Neill says. Indeed, the transformed Hyatt includes five different concert stages, as well as dozens of nooks and crannies where musicians can get together for informal jams.

Of course, people aren’t schlepping to Bellevue — from Seattle or as far Europe — to see the Hyatt. They’re there for the music. This year’s festival included acts from bluegrass’ old guard as well as so-called “newgrass” pioneers.

Among the former, the standout was the legendary Del McCoury, who chose Wintergrass as one of the nine festivals he’s playing to celebrate his 75th birthday. In addition to two headlining sets on Friday night, McCoury took the stage with two of his sons for a question and answer session where he regaled a Grand Ballroom audience with stories about his life and career, including a stint as one of Bill Monroe’s Blue Grass Boys.

The younger generation was likewise represented by some of the best musicians in modern acoustic music, including singer-songwriters Aoife O’Donovan and Sarah Jarosz. Both women play music that can’t be categorized as strictly bluegrass.

O’Donovan, who is the lead singer of the band Crooked Still, released her first solo album in 2013, which shares as much musically with singer-songwriters like Joni Mitchell and Shawn Colvin as it does with the high lonesome sounds of bluegrass.

As a singer, period, she’s been a regular guest on the radio show A Prairie Home Companion, and was also the featured vocalist on jazz trumpeter Dave Douglas’s recent album Be Still. Her versatility was on full display during her two sets at Wintergrass, which were among the highpoints of the festival. Original songs like “Red and White and Blue and Gold” and the brand new “Magpie” are richly poetic journeys that ripple and curl around delicate melodies, while her “Lay My Burden Down” is such a pitch-perfect take on acoustic gospel that, when it was covered by Alison Krauss, many people assumed it was a traditional folk song.

But though she’s a terrific songwriter, it is O’Donovan’s voice — at once soaring and intimate — that truly sets her apart. She’s a masterful interpreter of other people’s songs, with an amazing range. Backed by her Crooked Still bandmate Brittany Haas on fiddle and pedal steel master Eli West, she belted out a stunning rendition of Bruce Springsteen’s “Atlantic City”; and, playing with the chamber folk ensemble the Bee Eaters, she glided effortlessly through Joni Mitchell’s complex and contemplative “Amelia.” Best of all was a swoon-inducing a cappella encore of Duke Ellington’s “In a Sentimental Mood,” which overflowed with warmth and sensuality.

While O’Donovan never went to a bluegrass festival growing up, her friend Jarosz went to plenty of them, starting with the Old Settler’s Music Festival in Driftwood, Texas, near her hometown of Wimberley, when she was nine. It wasn’t long after that her talents—first on mandolin, then on banjo and guitar—began to blossom.

“A really big turning point for me was when I was eleven,” she says, “I went to the RockyGrass Music Academy and Festival in Colorado. After that, I went there every summer, and it was my whole life.”

Now, at the wise old age of 23, she’s paying those experiences forward, teaching small and large workshops around the country in between close to 200 gigs a year. At Wintergrass, she and O’Donovan taught an intensive, seven hour long, harmony vocal class with 45 students.

Jarosz also played three sets over the weekend, featuring songs off her three acclaimed albums, including the recent, Grammy-nominated Build Me Up From Bones. She also played an impressive array of covers, including a chilling take on the Decemberists’ “Shankill Butchers,” a stirring version of Bob Dylan’s “Ring Them Bells,” and a soaring rendition of the obscure, Paul McCartney-penned Everly Brothers single “On the Wings of a Nightingale.”

Inevitably, some of the best moments at Wintergrass are the spontaneous artist collaborations. In addition to the Bee Eaters, Haas and West, O’Donovan shared the stage with Jarosz and the great Laurie Lewis, welcoming them to her sets and guesting in theirs. O’Donovan and Jarosz also took the stage for a duet in front of the Wintergrass Youth Orchestra, as did violinists Mark and Maggie O’Connor and Darol Anger, and the Brazilian/bluegrass hybrid Matuto.

It’s a lot of music, and a lot of variety, over the course of a long weekend, and well worth the trip wherever you might be coming from. And for those who missed out this year, don’t worry: tickets for next year’s festival are already available at www.wintergrass.com. 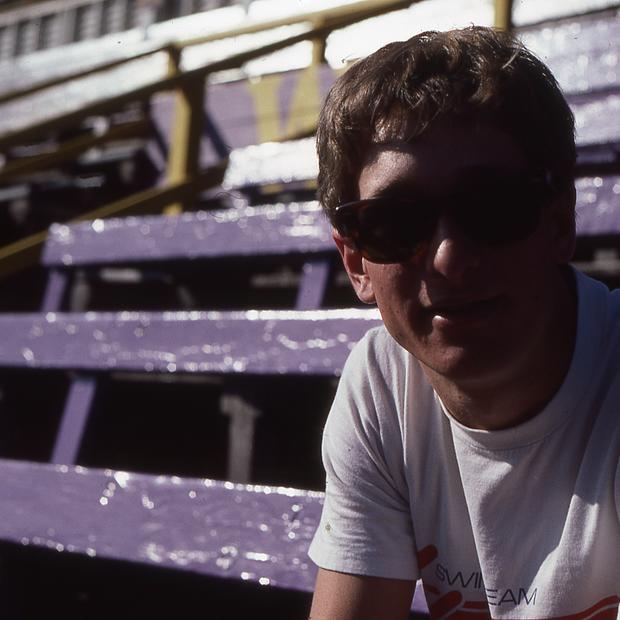 Jeff Schwager is a Seattle-based journalist and playwright. Book-It Repertory Theatre produced his adaptation of Jesus' Son by Denis Johnson in 2013. The following year, the company's five-hour stage version of his adaptation of Michael Chabon's The Amazing Adventures of Kavalier & Clay won Theatre Puget Sound's Gregory Award for Outstanding Production. He lives on Queen Anne Hill, in a Craftsman house built in 1913, with his partner Megan and his pug Edgar.