Guest Opinion: For U.S. cities, a way out of transportation troubles

In 1999, I stepped into my first community meeting in a small, windowless church in Oakland, California. My fellow city staff and I were there to “get input” on our fantastic plans to implement a project from the city’s first Bicycle Master Plan. We bought food and coffee to keep spirits high. We had a grant to build the project, we had city policy on our side and we had a total fiasco.

The neighbors were livid. For years, they had been asking for transportation improvements, like speed humps and stop signs. We showed up with a bike lane that would require the removal of two travel lanes.

Thirteen years later, I found myself in another church basement, this time on Polk Street in San Francisco. The scene was the same: an important project — consistent with city policy — and a neighborhood outraged at the proposal.

This scene repeats in venues large and small in cities and towns across the U.S.

As transportation professionals, we have struggled to break out of this community outreach rut. We’ve struggled to deliver transformative projects that deal with the urgent safety and mobility challenges on our streets. We have also failed to speak about these projects, and their benefits, in plain, accessible language.

In Los Angeles, a full 48 percent of the Department of Transportation's workforce will be either retired or eligible to retire by the middle of 2018. Decades of wisdom and institutional knowledge — about everything from signal design to taxi permitting — will disappear.

The problems we face are not few. And, as we all know, funding is finite. How should departments of transportation address the misalignment between citizens and government? How can we find creative ways to work around funding limitations? One of the best tools in our arsenal is partnership.

“Partnership” is a vague word with a variety of connotations. But as American city governments struggle to keep up with rapidly changing populations and technologies, “partnerships” are becoming more familiar. Governments are hiring Chief Technology Officers and holding hackathons, while small start-ups are tackling civic issues with the help of government data.

Many of these partnerships — particularly those between public and private entities — are uncharted territory. But they’re becoming increasingly critical to the health of cities and to their ability to tackle complex problems.

In the public transportation sector, such partnerships are only just beginning to bloom. While public-private partnerships have been on the scene for some time, they have mostly been the playground for major investments like rail lines and streetcars. And other kinds of partnerships, like those between city governments and specific neighborhoods, though new, are beginning to infuse life into government’s ability to deliver projects and dialog with people.

If cities across the U.S. are going to rise to the transportation challenges we face, then “partnership” is a word that must become second nature to all of us — from transportation professionals to the people we serve.

When cities and communities get together

When the local government effectively partners with its community, the results go deeper than funding: community-driven projects that transform neighborhoods through transportation emerge. Partnership takes the form of government, providing tools and funding which empowers a community to express itself through action.

Since San Francisco’s first Park(ing) Day in 2005, for example, small businesses there and in other cities have been increasingly convinced that there are better uses for parking spaces than private vehicle storage. Hence, parklets, segments of the right-of-way that have been converted — usually from parking spaces — for public use.

As a result, both San Francisco and Los Angeles offer programs that allow neighborhood sponsors to work with the city to re-envision streets as public spaces. “Sponsors” — i.e. community members — are responsible for identifying the project, garnering support, funding simple furnishings ­like tables and chairs and bringing activities — from yoga classes to short plays — to the space. The city funds the signal and pavement changes necessary, oversees the delivery of the project and evaluates its success.

The Los Angeles People St program, which launched in 2014, has created three plazas and four parklets in diverse neighborhoods, from the Valley to South Los Angeles. San Francisco now has 51 parklets throughout the city. New York City’s ambitious Plaza Program created thousands of square feet of public space, giving way to projects such as Brookyln’s Putnam Triangle Plaza, where residents can watch movies in the summer and play chess in the spring.

Building upon this idea, LA Mayor Eric Garcetti’s Great Streets Initiative recently announced a community challenge grant, which will provide up to $20,000 to bring public art and transportation enhancements to 15 street segments citywide. The grant cements the city’s faith in the community to drive its destiny and, perhaps more importantly, it assumes partnership among departments within the city (transportation, culture, economic development and public works).

Projects like People St and the “challenge grant” leverage untapped resources in communities: the expertise of those who live, work and play in them. Accessing these talents is, among other things, a way to help departments of transportation throughout the U.S. face the wave of retirements that will be looming for the next three to five years.

Partnering with the private sector

It is an open secret that cities are dealing with a federal government unwilling or unable to pass a comprehensive new transportation funding bill. To acquire funding, local transportation requires extensive campaigns to persuade the public to tax itself or bond against the government.

Take, for example, something small and simple from San Francisco: a bike barometer. A bike barometer displays the number of people on bicycles who pass by the barometer in real time. Long in use in Denmark, their purpose is simple: to thank people for making the choice to travel by bike and to validate their choices by showing the number of bikers clicking upward each day.

Bike barometers are relatively inexpensive — the equipment costs around $25,000. But funding sources for such projects are difficult to identify. Typical grants prefer to fund infrastructure that either lowers emissions or improves public health outcomes. Bike barometers and other similar projects that provide a less-understood benefit, like normalizing bicycling or encouraging positive behavior, struggle to get funded.

But in San Francisco, a local gaming company, Kongregate, partnered with the city and the San Francisco Bicycle Coalition to install a counter on Market Street, which now regularly tallies over 3,000 people on bikes every weekday. This highly visible show of support on the city’s center stage would not have been possible through normal, non-private funding sources.

Perhaps the most prominent example of private investment in transportation in the last five years was Citibank’s $41 million investment to launch New York’s bike-share system. By almost any measure, Citibike has transformed the way New Yorkers get around. It was one of the first major investments in a new form of public transit.

The government’s role was to broker a deal that empowers community mobility. Citibike represents the private sector’s recognition that aligning with sustainable transportation is good for the brand (Citi’s brand recognition improved 17 points after the launch), connecting Citibank with New York’s image as an innovative, nimble and world-class city.

As cities around the U.S. adopt aggressive transportation safety goals, one the greatest challenges is yet to come. Under the banner of Vision Zero, New York, Seattle, Portland and San Francisco are all announcing their commitment to eliminate traffic deaths in our lifetime.

To be successful in reaching Vision Zero, or developing a realistic transportation package, or ensuring that we’re providing transportation services that match communities’ needs, we must be willing to take risks on new partnerships, think openly and creatively and invite everyone to the table.

Crosscut’s June 17 Community Idea Lab will look at building a transportation system for the 21st century. To register or learn more, go here. 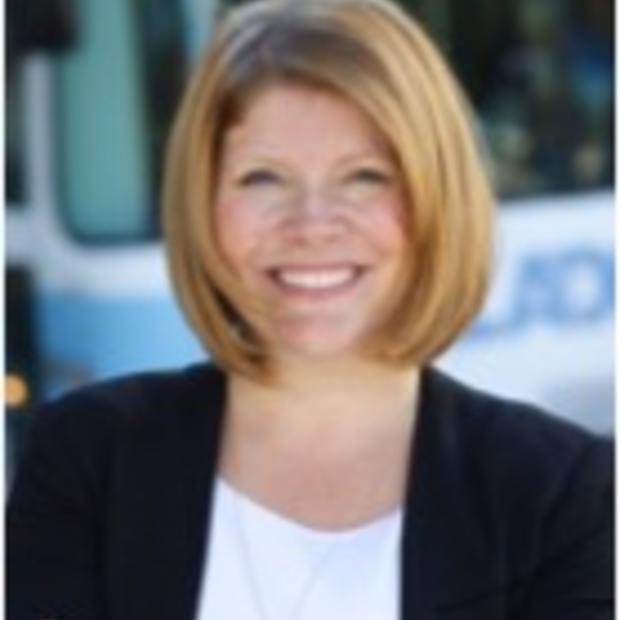