Two activists supporting the Black Lives Matter movement accosted Bernie Sanders on stage when he came to Seattle last Saturday. “We’d like the opportunity to speak,” said Marissa Johnson, addressing Sanders and the crowd at Westlake Plaza with her hands up. This unexpected company on stage turned sour quite quickly, when one of the event's organizers took control of the mic, barring the women from speaking. “If you don’t allow her to speak, your event will be shut down,” Johnson’s companion, Mara Willaford, told the organizers and others who attempted to silence them.

A fierce shouting match ensued. In the end, Johnson and Willaford did get to speak, but ironically, the conversation that followed was more silencing than the event's organizers ever were. Amidst the angry screams of white people in the audience, the spinning of news stories, and the buzz around social media, Seattle has missed the activists’ message entirely. Instead, Seattleites have sought refuge in the safe and secure arms of white privilege by critiquing the activists’ political approach, avoiding their message altogether.

With this in mind, here are five of the main points that Johnson and Willaford were trying to share, along with a brief analysis of their accuracy.

1. “Bernie Sanders, I would like to welcome you to this place called Seattle, which is actually occupied Duwamish land, stolen and hypocritically named after Chief Si’ahl.” – Marissa Johnson

The Point Elliot Treaty of 1855, ratified by the U.S. Congress in 1859, guaranteed hunting and fishing rights, and promised reservations to six tribes, including the Duwamish. According to an article written by Thomas Speer of the Duwamish Tribes Services on the life of Chief Seattle (an Anglicized version of the chief’s Duwamish name, Si’ahl), this treaty was enacted, in part, as an inter-nation defense system: The European Americans were vulnerable and subject to ongoing attacks from warring tribes. With the help of Chief Si’ahl, however, livable compromises—mostly in the favor of European-Americans—were made.

But “there are good reasons to believe that the Indians who signed the treaty did not understand the land transaction the way the U.S. intended,” says Alexandra Harmon, a professor of American Indian studies at the University of Washington, “and there is some basis for arguing that many Indians felt they had little or no choice but to sign the treaty.”

Just last month, Janet I. Tu of the Seattle Times reported that the tribe received a letter from U.S. Department of Interior declaring that the Duwamish tribe “is not entitled to be acknowledged as an Indian tribe within the meaning of federal law.”

2. “We are located in King County where the silhouette of Martin Luther King reigns high while we spend $210 million building a new jail to imprison black children.” - Marissa Johnson

King County has indeed voted to spend $210 million on a new juvenile detention center. And while juvenile incarceration has declined since 2000, Crosscut staff writer David Kroman reports that youth of color make up the majority of the population, despite being a small minority of the overall population.

The new prison will feature 112 beds—half the numbers of the current facility and special emphasis placed on rehabilitation in efforts to address racial disparities in incarceration. And in a July press release, King County Executive Dow Constantine reassured the community that "racial disparity has no place in our justice system, especially not in a system responsible for the well-being of our youth."

Nonetheless, in an article published by the Seattle Times, Constantine warns that “the county can’t commit to zero incarceration of juveniles.” Despite the efforts of a Facebook group, a petition, and even an initiative launched by community group End the Prison Industrial Complex (EPIC), the new jail is slated to be completed by 2019.

3. “Welcome to Seattle, where the Seattle Police Department has been under a Federal Consent Decree for the past three years and yet has been riddled by use of force, racial profiling, and scandals throughout the year.” – Marissa Johnson

Back in 2011, a nine-month investigation by the Department of Justice into the Seattle Police Department found excessive use of force and "troubling practices which could have a disproportionate impact on minority communities." The City of Seattle initially refused to accept the conclusion of the report, but by 2012, conceded to the charges of excessive force, resulting in a consent decree and an agreement between the Justice department and the city to eliminate unconstitutional policing. As a result, Merrick Bobb was appointed in late 2012 as a Monitor. Bobb is tasked with supervising the Consent Decree and making reports available through the website Seattle Police Monitor.

There is good news in this year’s report. Throughout 2015, SPD police officers have been receiving scenario-based training on bias-free policing, de-escalation tactics, and several other topics. But these changes were not welcomed by everyone. Last Spring, the Seattle Times reported that about 100 SPD officers are suing the Justice department, calling its new use-of-force policies a “bold, new disregard for police authority in the streets of Seattle.” (In a strongly worded opinion, a federal judge dismissed the suit in October, but a large group of the officers later announced they would appeal.)

4. “Welcome to Seattle, where the Seattle school department suspends black students at a rate six times higher than their counterparts.” – Marissa Johnson

According to data from the nonprofit Washington Appleseed, black students in Seattle school are 5.04 times more likely to be suspended than white students. Add this roadblock to the list of challenges that black students already face—inequality in choice of programs, issues of equity in testing, discrimination in special education placement, the dropout crisis—and the term “school-to-prison pipeline” begins to make a lot of sense.

Here, too, there has been progress. Seattle’s new program Universal Pre-K for All emphasizes supporting and retaining students of color, students from low-income households, and disabled students. A state law passed in 2013 makes discipline data public and limits the number of days students can be removed from classes. Some school districts are making huge changes in the way they tackle misbehavior. Alternative teaching practices such as those being used in the Highline district, for example, have dramatic decreases in suspension rates from 5.8 percent of all students in 2013 to 2.7 percent last year.

5. “Bernie, welcome to Seattle where we have undergone intense gentrification [in] the Central District, [which] used to be the only place where we black people could live legally in Seattle.”- Marissa Johnson

At one time, the Central District's population was 70 percent African American. A combination of redlining from banks, local real estate agents, and the Seattle covenants kept black people out of many other areas of the city.

At the end of the civil rights movement in the 1960s, the neighborhood’s white and Asian populations increased significantly. In recent years, the African American community has been eclipsed by a burgeoning white population. The Seattle Times reports that, a decade from now, less than 10 percent of the Central District’s could be black. Rosalie Johnson, 84, who has lived in the Central District since 1956, told the Times that black residents have suffered from steep increases in property taxes as the value of their homes have risen. Johnson is doing fine, she said. Her children, however, will not be able to afford her home.

In short, while Johnson and Willaford were a little off with a few of their details, their overall message was on fleek. So who should be changing tactics here and what does this overflow of lingering ambivalence say about Seattle’s attitude towards conversations around race? Sen. Sanders wants to change the parameters of the political debate. That’s good. So do those within the Black Lives Matter movement, who are ensuring that race is a part of the conversation.

This article has been updated to clarify the Justice Department's concerns about Seattle police practices' effects on minority communities. There was no finding by Justice of a pattern of discriminatory policing. 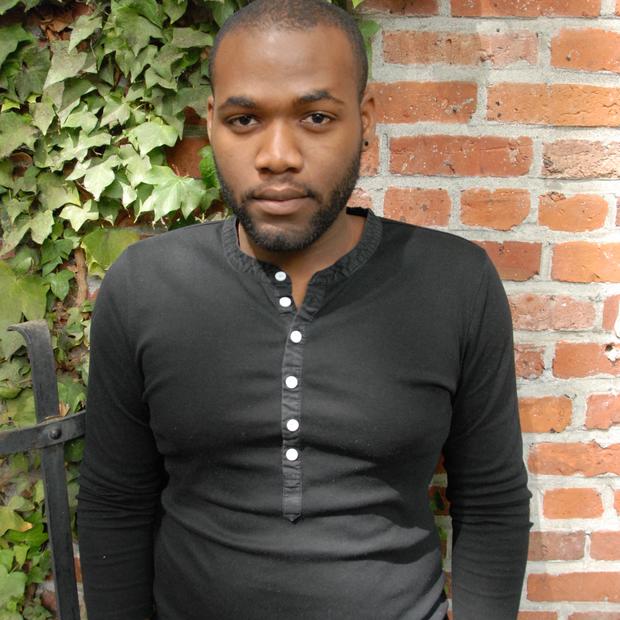 Raymond Fenton was Crosscut's Development Assistant Intern for the summer of 2015. He is currently a student at Lewis & Clark College where he double majors in Rhetoric & Media Studies and Theatre. Raymond is an active advocate for social justice with focus on gender, race and education equity. Previously he was Community Organizing Intern at League of Education Voters and currently is the President of the Black Student Union at Lewis & Clark College. When not at Crosscut Raymond can be found making theatre, volunteering on film sets, making music, clubbing, or enjoying the company of interesting people. Follow him on Twitter @RaeJeffe