Living in a micro-apartment -- and loving it 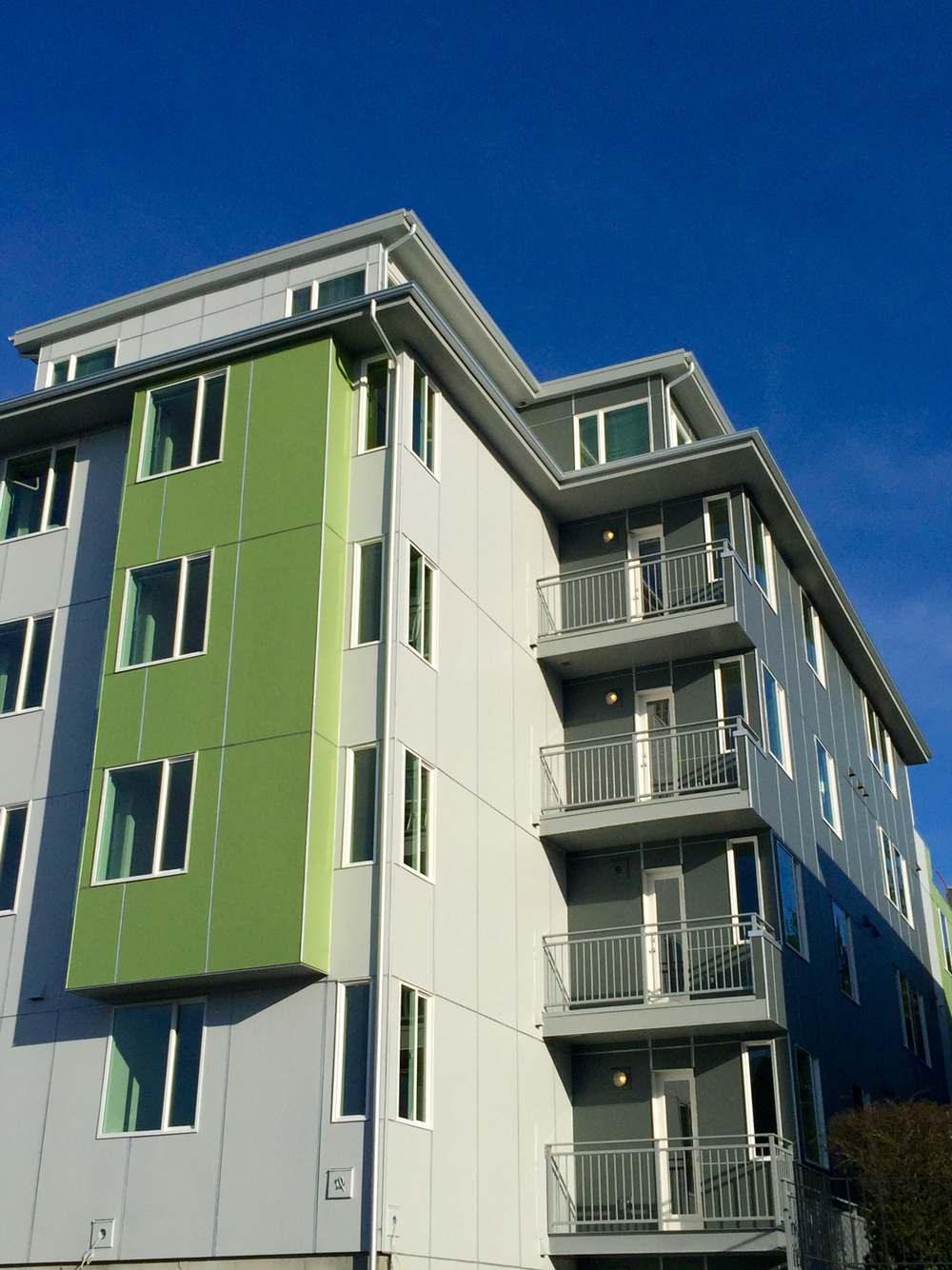 Palermo Apodments, near the University District in Seattle.

I didn’t really choose the pod life. The pod life chose me.

It was about one year ago, and I was living in Cambridge, Massachusetts, in a normal-sized apartment with normal-ish roommates, when I got the news that I’d be moving to Seattle. I had about one month to find a new place in a new city where I didn’t know anybody. And I had to do it from across the country.

I immediately got on Craigslist, as one does, and contacted what felt like a million people, enthusiastically promising all of them that we’d be great roommates -- I just knew it. I heard back from maybe a dozen, as one does, and of those, just a handful were willing to consider someone who wasn’t around to stop by for an in-person visit. Before I knew it, I was left with just one solid offer from someone who lived too far from my future workplace and a few false hopes still floating out in the ether.

But my options were running low, so I decided to grow up and look at actual real estate listings of the non-run-down-college-house variety. My criteria were simple: I needed a place that was furnished, preferably no more than 20 minutes from downtown by bus, and preferably no more than $800 per month, which was what I was paying for a room in a three-bedroom apartment in Cambridge. That eliminated most of the market pretty much immediately.

Then, like a glimmer of hope in the hellscape that is endless Googling, these bizarre little micro-studios started popping up in my searches. They were furnished, within my price range, and conveniently located close to downtown. I’d have to sign a three-month lease at first, but then I’d be paying month-to-month, making it easy to move once I’d gotten a feel for the city and made a few friends.

The 180-square-foot “pod” seemed like a perfect -- albeit tight -- fit. I’d never lived without roommates before, but one recent experience with a particularly bad one made me suddenly very open to the idea. And what better way to “grow up” than to live on my own, even if it was in a building full of other unsettled millennials crashing in what were effectively college dorm rooms with landlords who didn’t care if you had booze under your bed?

I was sold -- almost. After reading a few local news articles and blog posts, I gathered that these so-called apodments were controversial among Seattleites. Some worried that the new buildings were ruining neighborhoods by replacing old single-family homes. Others thought that the short leases and relatively low rents would attract transient troublemakers. And then there were the fears that putting 40 people where there used to be just five would make street parking impossible.

As a newcomer to the city, I didn’t want to be part of the rapid growth and gentrification that had so many locals on edge, and I certainly didn’t want people giving me the side-eye every time I walked out of my brand-new building. Still, I didn’t have a car, I wasn’t rich, and, while I did appreciate the value of preserving old neighborhoods, I also liked the idea of compact, efficient housing both for environmental reasons and for its ability to liven up and diversify an area.

So I called up Calhoun Properties and snagged the last unit available in their Positano building in Fremont. The unit was exactly $800 per month, utilities included.

Fast forward 11 months. I’m still living in my pod, and I’m loving it.

If you’ve never been in a pod, let me give you the full experience: When you first walk in the door, there’s a refrigerator immediately on your right and a wall on your left. Take another step on the tiled floor, and there’s a counter, a microwave, and cabinets on your right and a sliding door on your left that hides a toilet and small shower. Take a few more steps, and on you right, you’ll pass a sink, more cabinets, and a counter that I use as a desk. Then you hit carpet -- the boudoir, if you will. On your right are some shelves and a hanging rack that serves as a closet. On your left is a twin bed, and on the far wall, a nice big window.

That’s it. The whole place is about the size of four ping pong tables lying edge-to-edge. I like to tell people that it’s like Bruce Willis’ apartment in The Fifth Element, except without all the cool gadgetry.

I share coin-operated laundry machines and a small lounge with the entire building and a kitchen with two stoves and two sinks with the other residents on my floor.

So why do I love it here? Well, turns out, I like living by myself and don’t need more than 180-square-feet to do that. In fact, I find the space quite cozy. Plus, cleaning my entire apartment now amounts to about 30 minute of scrubbing and vacuuming. Bam! The kitchen is never crowded, and the halls stay nice and quiet. Everyone around here pretty much keeps to themselves and their own schedules.

Most importantly, I appreciate how living in such a small space makes me hyper-aware of my possessions. When I moved here, I really had to think about what, out of my piles of clothes and junk, I really needed to bring with me. And now, when I’m about to buy new clothes and new junk, I have to think twice, because it’s not like I can just shove things in the back of my closet anymore. My home is a closet. It feels good to be living with just the bare essentials -- liberating, even.

Of course, the pod life comes with some drawbacks. I can’t have pets, and even if I could, keeping a dog or cat in one of these things would probably qualify as animal abuse. I also I can’t have people over for dinner or throw parties. But neither of these are major sticking points for me. I don’t really want a pet right now, and I always liked throwing parties more in theory than in reality, anyway.

This also isn’t the best place to have overnight guests, although I did have a cousin stay with me for a weekend earlier this summer. She slept on the carpet and, together with her luggage, took up about half the floor space. It wasn’t too bad, though. We were so cramped that we pretty much had to get out and about during the day. It’s kind of hard to bum around when there’s no couch or chairs.

And the first time my parents came to visit, they actually liked the place. The semi-hip concept of micro-housing seemed to intrigue them, but mostly they were just glad that I wasn’t living in yet another disgusting old house like the ones I’d been living in for the previous five years.

As for the locals, they don’t seem to mind us being here. Or at least, I can’t tell if they do. Come to think of it, between our building and a few other new apartment buildings in the area, including a massive one right across the street, it’s hard to even tell who’s a local and who’s a newbie. I guess that goes to show that we’re just like everyone else, not a bunch of vagrants and gentrifiers.

I will say that parking around seems scarce, but since I don’t have a car, I can’t attest to a nightmare scenario. Compared to the old houses on either side of it, our building is a bit of an eyesore. Still, I don’t feel bad about the general concept of replacing single-family homes with more efficient housing. Seattle is booming, and I and a lot of other young people are happy that we don’t have to sprawl out into the suburbs in order to come check it out.

So I’m happy here. This little pod turned out to be the perfect place for me to rest my head and relax when I’m not at work or out bopping around the city. When I’m ready to move on to the next adventure, I’ll just pack up a few bags and boxes and be on my way. And the next time I’m in the market for new digs in a new city, I think I’ll check out the local micro-housing scene before hitting Craigslist. 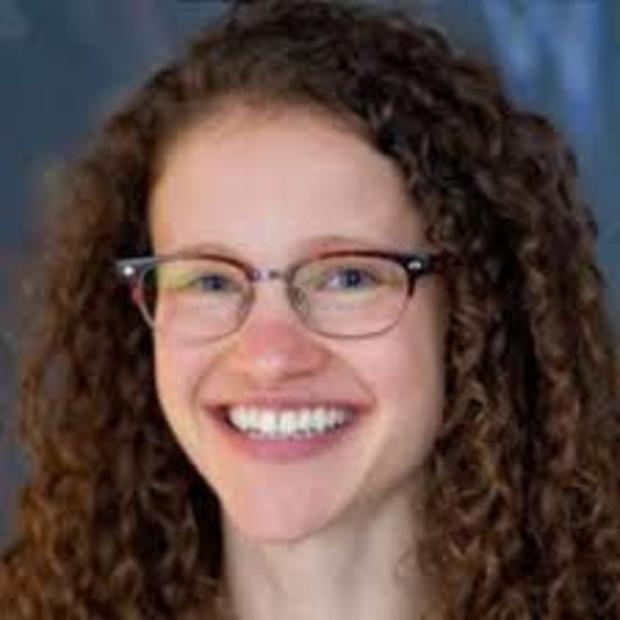 Suzanne Jacobs is an editorial fellow at the environmental news and commentary website Grist. She has also written for MIT Technology Review, Boston University, Michigan Radio, WBUR in Boston and Astronomy.com.