For Seahawks, the Quest for the Lost Yard is over 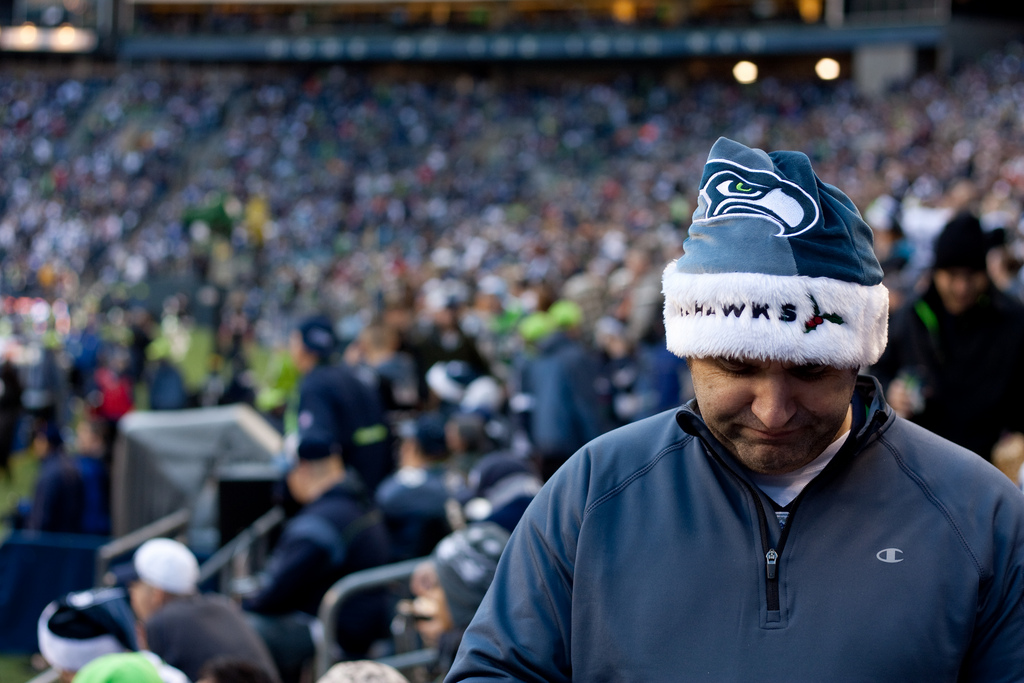 CHARLOTTE -- Jarring as a smashed window in a new car, the Seahawks season was in unexpected pieces. Tight end Luke Willson groped to explain.

"As arrogant as it sounds," he said, "since I've been here, I've never not been to the Super Bowl.

An empty feeling shared by exactly everyone who goes, at least part-time, by the nickname Twelve.

For all but the champions, a season always ends with cruel abruptness. The Seahawks were particularly attuned to that from a year earlier, when one magnum gaffe in the final moments denied them a second Super Bowl triumph in a row.

Sunday's 31-24 loss in Charlotte was different. Rather than drifting into the familiar high-wire episode in the final minute, this game was not only over in the first six plays, it was finished last week.

The result was why head coach Pete Carroll puts such importance on winning the division title and its chance for a bye, which they had the past two seasons.

It's not everything. But it's a lot.

The Panthers' well-regarded front seven blew past the Seahawks' under-invested offensive line for five sacks and 14 quarterback hits of Russell Wilson. On offense, the Panthers turned the Seahawks' hyper-aggression against them, waiting for defenders to over-run their assignments.

"They had a great game plan," said linebacker Bruce Irvin. "They came out faster. We came out flat. Unfortunately, they were the better team today."

Plain and simple -- the Panthers were the better team. No excuses about a slippery field, or burdensome travel or re-integrating running back Marshawn Lynch into the offense.

The Quest for the Lost Yard is over. It was too difficult; no team in NFC history has been to three Super Bowls in a row, and only two in the AFC.

The Seahawks took some solace from their stout comeback in the second half, a 24-0 run that pushed them to the outskirts of one of the most preposterous comebacks in NFL annals. And while they played well, the major impetus for that was that the Panthers, in the words of their quarterback and the NFL's likely MVP, Cam Newton, played "butt-tight."

The priority on avoiding turnovers or other errors caused Carolina to play cautiously, which allowed the Seahawks back in. The Seahawks like to flatter themselves that they "ran out of time," when the more salient point was they had been run out of town in the first half.

The two quick early strikes -- the 59-yard run by running back Jonathan Stewart that keyed the opening 80-yard touchdown drive, and a pick-six by All-Pro linebacker Luke Kuechly -- induced mayhem in the normally poised Seahawks.

"When you're down, a bunch of stuff is happening," said safety Earl Thomas. "The energy is very weird. We're not ourselves. Lack of communication.

Following Sunday's stark take-down, those heady times for the Seahawks seem a bit distant. The Seahawks management, coaches and players made a valiant four-year run with a formula that had way more hits than misses. It's not necessarily at an end.

But it will certainly end for some players, who will move on in free agency or be cut. That reality was apparent in the locker room. Lynch made a point of seeking out the offensive linemen for handshakes. Hugs were plentiful. Among the melancholy was Irvin, the former first-round draft choice whose option was not picked up in the summer by the Seahawks.

As he sat shirtless in front of his locker, Irvin talked about how, if this was to be it, they weren't going to let  the 31-0 deficit stand as the tombstone.

"We said we're not going out like this," Irvin said of the halftime conversation. "Some of these guys, including me, it might be our last time together.

"I'm thinking about it now. That's why I don't want to take my (uniform) pants off."

As with most of the rest of his teammates, he knows the Seahawks have created a rare environment for success, Sunday notwithstanding.

"If it is (over), it's been a great four years," he said. "I would love to come back to Seattle, but I understand the business side of it. I'll handle it when the time comes.

"We faced a lot of adversity. we continued to fight. We didn't reach our goal this time. It will be different next year."

Certainly a noble sentiment after a defeat. But being different is a guarantee every year in the NFL, with its unsentimental salary cap.

That question of the offseason? Getting better.