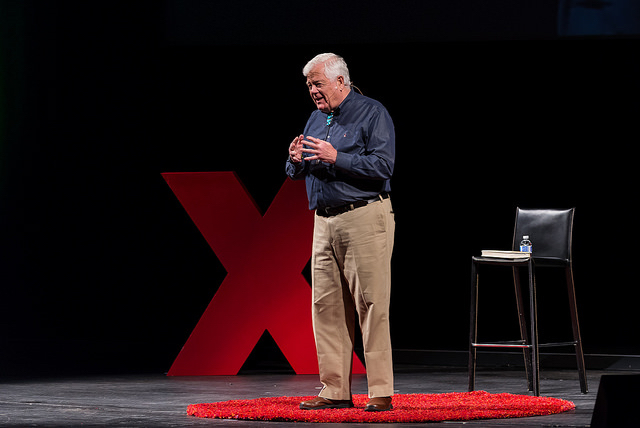 Jim McDermott at a McCaw Hall event in 2014: He's finally ready to leave the political stage to others. And there's likely to be quite a crowd trying to take his place in Congress.

On Monday, long-time District 7 congressman (and noted part-time fishmonger) Jim McDermott announced that he would not seek a 15th term to Congress. The minor shaking you’re feeling from Edmonds to Burien isn’t a small earthquake. It’s the sound of a thousand Democratic politicos stirring from a light daze, jolting attentively to an upright position.

“Jolting” might be a stretch, really. For close watchers, McDermott’s retirement isn’t a surprise. The 79-year-old liberal stalwart wasn’t really fundraising, generating local media attention, or doing the sort of things a challenged incumbent is apt to do. It was telling that this behavior continued even after the announcement that Rep. Brady Walkinshaw (D-Seattle) would seek the seat. This was predictable.

What remains a waiting surprise, though, is the rest of this campaign. Walkinshaw, whose first fundraising haul instantly earns him the mantle of “credible,” is unlikely to be the only big challenger. This is a district with a lot of elected officials who have been sitting on the bench for a long time, and nearly every last one of them is a Democrat. Of course, a lot of them will end up happy with their day jobs –  state Senator Reuven Carlyle has already announced he won’t run – but at this point speculating on the final candidate slate is a little like predicting the top picks for next year’s NFL draft. You’ll get some, you’ll miss important entries, and it’s a pretty ridiculous endeavor all-around.

What do we know at this point? We know what District 7’s politics are. We know what sort of candidates are viable. And we know which wild-eyed scenarios are not happening. Let’s take a look at the big questions we can answer at this juncture.

District 7 is commonly called “the Seattle district.” This is a bit of a misnomer, actually. A little under a fifth of Seattle – basically Seattle’s most diverse section, from the Central District south through Beacon Hill and the Rainier Valley – is in District 9. Conversely, not all of District 7 is in Seattle. One-quarter of voters in District 7 live outside city limits. District 7 also contains Burien, Normandy Park, Vashon Island, and White Center to the south; Lake Forest Park and Shoreline in King County’s north; and extreme southwestern Snohomish County, consisting Edmonds, Woodway, and the unincorporated community of Esperance.

Demographic-wise, there are certainly a few standout adjectives. District 7 is white (just over 76%). It’s educated, with 57.3% of residents holding a bachelor’s degree, nearly twice the national average of 32.0%. District 7 residents are much more likely to be in white-collar occupations, including information technology, and management. Unsurprisingly, a mostly-Seattle district looks a heck of a lot like Seattle.

The really interesting question: who would this District elect?

Could District 7 elect a Republican?

I wouldn’t include this question if I hadn’t been asked it numerous times in the last week. No, a Republican is not winning this district. Not even a Dan Evans Republican. Not even Dan Evans himself.

A few starry-eyed dreamers and Republicans have latched onto the fact that District 7 is partially suburban. That’s true. But these “suburbs” include Vashon Island and Shoreline, which are hardly Orange County. If this were 30 years ago, when suburban Snohomish County was marginally Republican, maybe this would be possible. But this district voted for Barack Obama in 2012 by a margin of 79% to 18%. Even the non-Seattle part voted Obama 70% to 28%. This district is even more Democratic than the New Orleans district formerly won in a freak special election by Republican Joseph Cao.

The map below says it all: in 2012, Mitt Romney won three of District 7’s 1,046 precincts – a section of tony suburb Woodway, Broadmoor Country Club in Seattle, and an evangelical Christian retirement home in Shoreline. The Republican Party is dead in District 7. 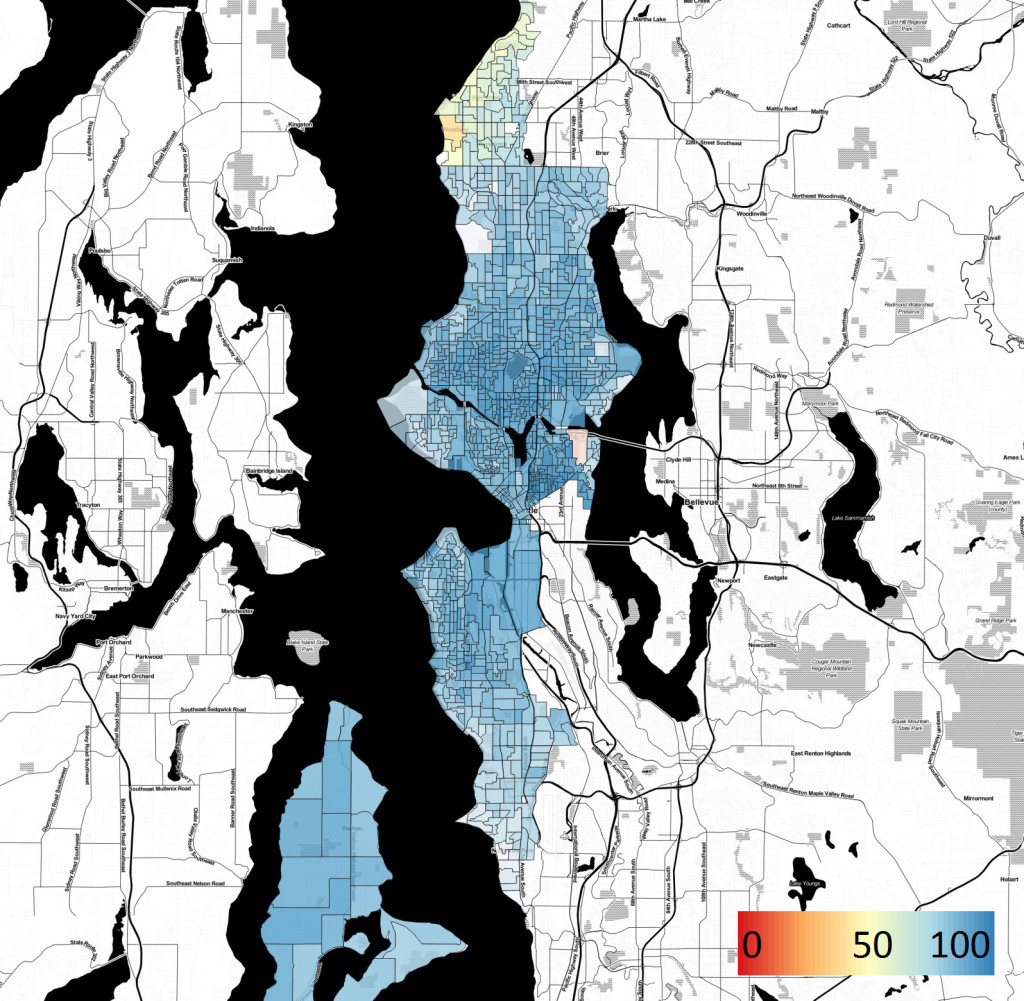 A more interesting – and realistic! – question is whether a Socialist could take District 7. I do think that odds are that Sawant would have lost a citywide run. Carving out Seattle’s Rainier Valley wouldn’t help much, and obviously adding well-off suburbs like Edmonds and Normandy Park really wouldn’t help. It’s also an open question how an independent socialist would fare for a partisan federal office (not that it hasn’t been done before).

Sawant might have trouble winning a general election, but her presence would be electrifying. Washington’s top-two primary system is rather likely to deliver two Democrats into the general election. However, if the Democratic vote is sufficiently divided (or sufficiently unipolar) Sawant could make it to the November ballot. That would give her an incredible platform to make her case, critique the two-party system, and win moral victory. Sometimes a loss isn’t really a loss.

This speculation is fun, but how serious is it? Eh. Sawant spokesman Philip Locker describes Sawant as “focused on starting her second term,” and Sawant is described as having “no plans” to run. Perhaps more tellingly, Locker calls Sawant “eager to work with the labor movement and progressives to run a strong working class candidate independent from the two big business parties.” It’s a non-denial, but not a particularly sly-sounding one.

But it’s still possible, and it would be fascinating. Plus, if elected, Sawant wouldn’t even be the most left-wing representative in Seattle’s history. Hugh De Lacy, a secret member of the Communist Party, served the city in Congress from 1945 to 1947.

What’s the most likely scenario?

It hardly needs saying: the most likely scenario here is that an establishment-friendly Democratic elected official from Seattle will take the seat. We’re likely to see a moderately crowded Democratic field, narrowed significantly from early speculation, possibly with a few obscure non-starters thrown into the mix. A Democrat-on-Democrat general election is likely, unless one candidate scares off all credible comers. As far as non-traditional candidates, we’re less likely to see a Sawant figure, and more likely to see young politicos (like Walkinshaw) or non-politicians who could quickly acclimate to traditional Democratic politics (like a Jenny Durkan, who served as the U.S. Attorney for Western District of Washington until 2014). The winner is likely to raise upwards of $1 million for a competitive general election, and then hold the seat indefinitely. It’s rare you can list so many specific electoral contingencies and still have heavy odds they’ll come true – but that’s Seattle for you.

So, relish the novelty while we have it. This will be a cool moment. Everyone from the party establishment to the East African community is exploring their congressional options. Let your imagination run wild, at least until Filing Week. It could be a few decades before we get to do it again.