What's in a name? Further reflections on Puget Sound 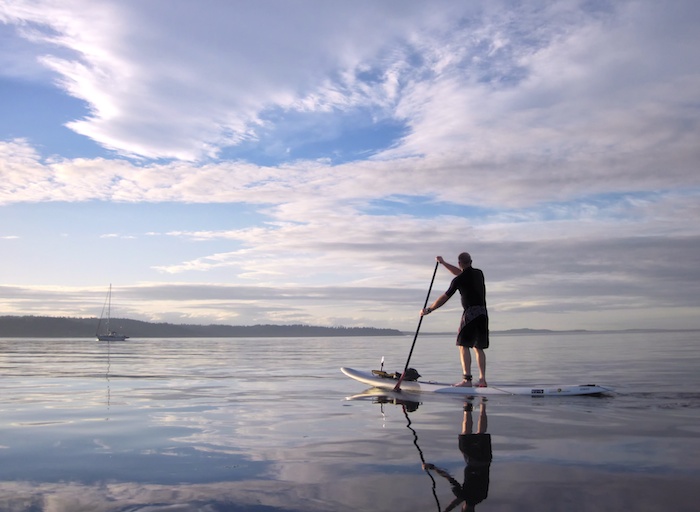 My recent story on how a “the” seems to keep cropping up in front of the name “Puget Sound” generated a good deal of comment. I would say from the emails I received that, to local ears, the phrase “the Puget Sound” is akin to fingernails on the blackboard. There seems to be general agreement with my speculation that this phenomenon is a creeping Californiaism. Blaming Californians always feels good, like a bracing slap of wet Pacific air that restores one’s sense of Northwestiness.

Some feedback came as a corrective. Dave Nicandri, former head of the Washington State Historical Society, author of a terrific book on Lewis and Clark and an upcoming tome on Captain James Cook’s work in the icy climate of the Arctic while looking for the Northwest passage, knows his history and quibbled with my description of the original boundaries of “Puget’s Sound.” I said that it originally referred to a channel south of Vashon Island.

Nicandri went to Captain George Vancouver’s 1790s original maps and got much more specific. “‘Puget's Sound’ is precisely co-located with inland waters that are not only much farther south than Vashon Island, as you described it, but truly to the south and west of Nisqually. This is consistent with the then common usage of the term ‘sound’ which is a many-fingered body of water. The best known analogue in our part of the world would be Prince William Sound (named by Cook) and there is also Prince Frederick Sound and Fitzhugh Sound on the Alaska and BC coasts.”

Such upper class British names must have been designed to lift real estate values.

Not to take an expert’s word for it, I pulled down my copy of Derek Hayes’ Historical Atlas of the Pacific Northwest, which I am sure you can find on your own bookshelf alongside Between Pacific Tides and your lovingly dog-eared copy of Pugetopolis. Nicandri’s careful map reading was confirmed.

If we like to think of maps as fixing reality in place, it’s not so easy. Reality likes to move around. The original “Puget’s” name applied generally to the southern-most reaches of the Sound. Name creep has moved it northward so that it now applies to the whole body of water. But the Sound as we think of it now was not conceived as a single entity. According to Vancouver’s original chart, Admiralty Inlet originally extended as far south as the waters between Seattle and Bremerton. It is now limited to waters between Whidbey Island and Port Townsend. Nicandri points out that the waters from West Seattle to just south of the Tacoma Narrows were undesignated on Vancouver’s map. There was a Hood’s Canal, now simply Hood Canal.

With all this morphing of our major distinguishing saltwater feature, it seems that simply referring to the whole thing as the Salish Sea is a kind of palliative for nitpicking. Or it adds yet another level of confusion.

As I pointed out in my story, the addition of “the” to Puget Sound runs counter to a larger trend in language, which tends toward simplification. But more specifically, the word “the” turns out to be an endangered species in English. A reader sent me a link to a language blog at the University of Pennsylvania. According to an analysis posted this month titled “The Case of the Disappearing Determiners,” computational linguistics studies reveal a major decline:

“For the past century or so, the commonest word in English has gradually been getting less common. Depending on data source and counting method, the frequency of the definite article THE has fallen substantially — in some cases at a rate as high as 50 percent per 100 years.” Declines are also noted in German, French, Italian and Spanish.

There are a number of theories as to why, though none explains it entirely. The impact of texting, using more specific articles like “this” or “that,” a greater use of possessives, and writing styles that simply work around the word. A follow-up post compares Biblical translations as an example, contrasting The Song of Solomon in the King James Bible of 1611 with the same in the modern Message Bible (1993-2002):

King James verse 2:12: “The flowers appear on the earth; the time of the singing of birds is come, and the voice of the turtle is heard in our land;”

Message verse 2:12: “Spring flowers are in blossom all over. The whole world's a choir – and singing! Spring warblers are filling the forest with sweet arpeggios.”

That’s a net loss of four determiners. A question remains, however. Turtles have voices?

One could argue that “the” is becoming a bit archaic. Nowadays, we sometimes insert it to indicate oldster cluelessness. I was at a Patti Smith concert at the Moore and the 69-year-old rocker struggled on stage with a cell phone and mentioned that she had recently been “on the YouTube.” Only fogeys say things like “the Facebook,” or “the Google.” Check out the Onion story about Google creating a specific website called The Google for older Americans who are “not able to navigate the original website's single text field and two clearly marked buttons.”

Those who say “the Puget Sound” should take note. You might want to check The Google to learn something.