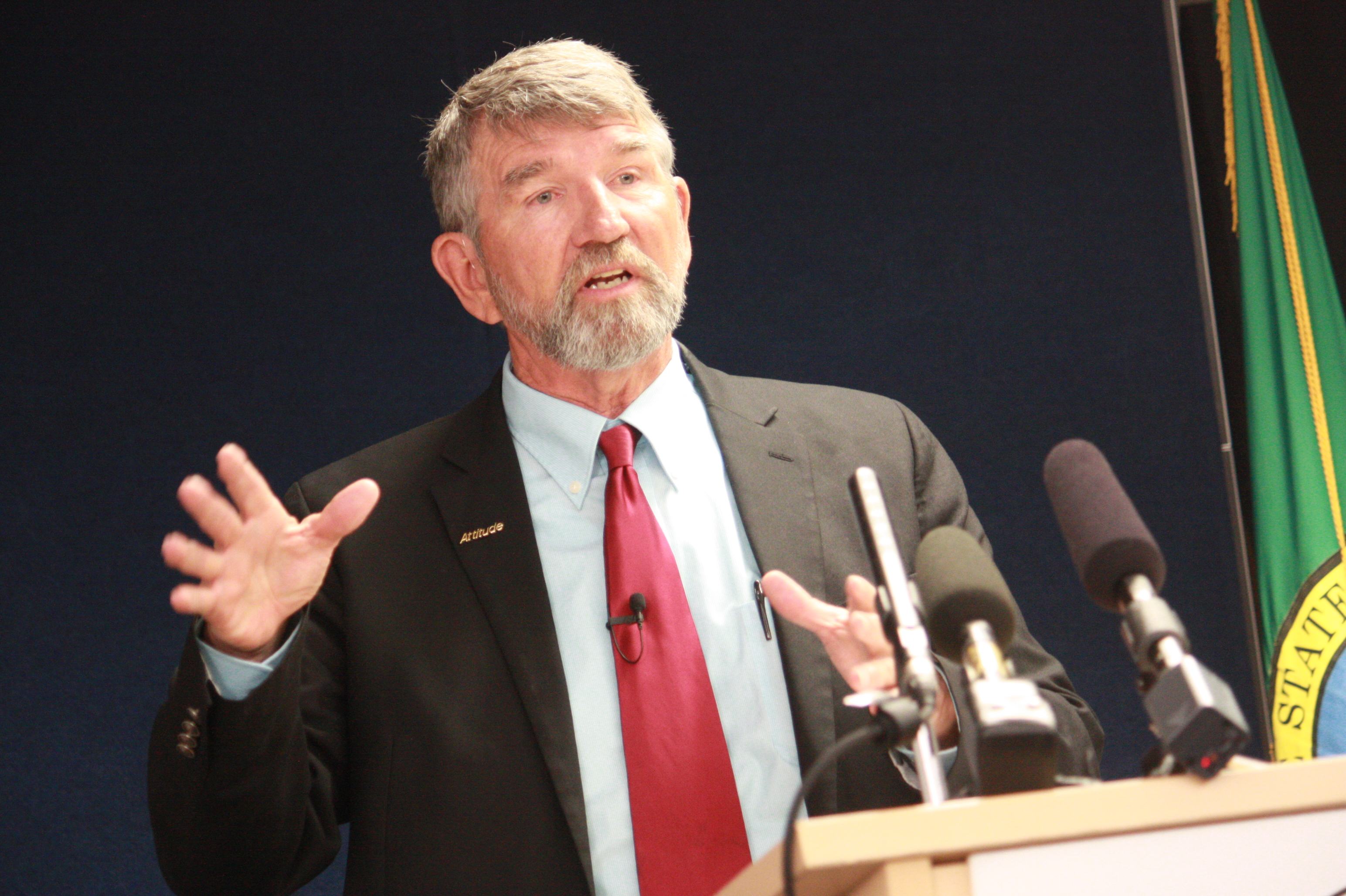 Washington schools superintendent Randy Dorn says he is putting together a legal move to force action on the state's McCleary obligation to pay for improving public schools.

Although the exact shape of the legal action was unclear, Dorn referred to it at one point as a lawsuit.

“I would like it to be before the end of session,” Dorn said in an interview late last week, referring to the current session of the Legislature. It’s scheduled to end in early March.

In the same interview, the state Superintendent of Public Instruction repeated remarks from earlier this year that he is considering a run for the governor’s office.

The central focus of his legal action would be to get the state Supreme Court to rule on the legality of continuing to use local levies to supplement teacher and staff pay. The court has already ruled that paying for essential parts of education is a state duty, not a local one. But local districts continue to collect levies that pay for basic parts of public school operations.

Dorn added that he had been trying to put together some kind of legal action on the issue since before the start of the legislative session. Gathering support for the move and deciding on the right legal approach has taken time.

In 2012, the Washington State Supreme Court ruled that the state must give more money to public schools, and ruled that equally and sufficiently funding education was the “paramount duty” of the state. In a later ruling, the court assessed an ongoing fine of $100,000 for every day the state fails to fully meet its obligations to education under the so-called McCleary ruling.

Earlier this week, the state Senate passed a plan authored by Gov. Jay Inslee’s education task force. The bills lays out a plan for the group to study exactly how much the state needs to pay to fully fund education and for the Legislature to make final decisions next year. Inslee called the plan a step toward meeting the McCleary obligations, but others, including some Democratic senators and Dorn himself, derided the plan as a “a plan to have a plan,” with no funding attached.

As it stands, legal experts have called it an open question whether the McCleary decision rules out using levies to pay teacher and staff salaries. A ruling could block the planning or putting forward of further levies covering basic costs, which would set a hard deadline for when schools would start running out of money. That, in turn, could force the Legislature to act, Dorn said.

Dorn announced in late October that he won’t seek a third term in his current post as head of the Office of the Superintendent of Public Instruction. And last month, as the Everett Herald reported, he brought up the idea of a run for the governor’s office.

On Thursday, Dorn confirmed that he is still considering the idea, especially, he said, after seeing the success of outsider candidates like Donald Trump and Bernie Sanders on the national stage.

His motivation, he said, would be to gain a bully pulpit — and a veto pen — that he could use to force the Legislature to move on education funding.

“I think a lot of people would take me seriously if I put my name in,” Dorn said. “I might take a crack at it.”

Dorn insisted he wouldn’t decide on a run until after the end of the legislative session in March -— but referred to himself multiple times as a candidate in the present tense.

“I am not a fringe candidate,” Dorn said.

As a candidate, Dorn added that he thought he would have an advantage for being willing to actually present a detailed plan on education — along with hard talk about funding it with new taxes.

“I don’t believe that the Legislature or the governor is going to move with internal forces,” Dorn said. “I’m trying to create an external force.”