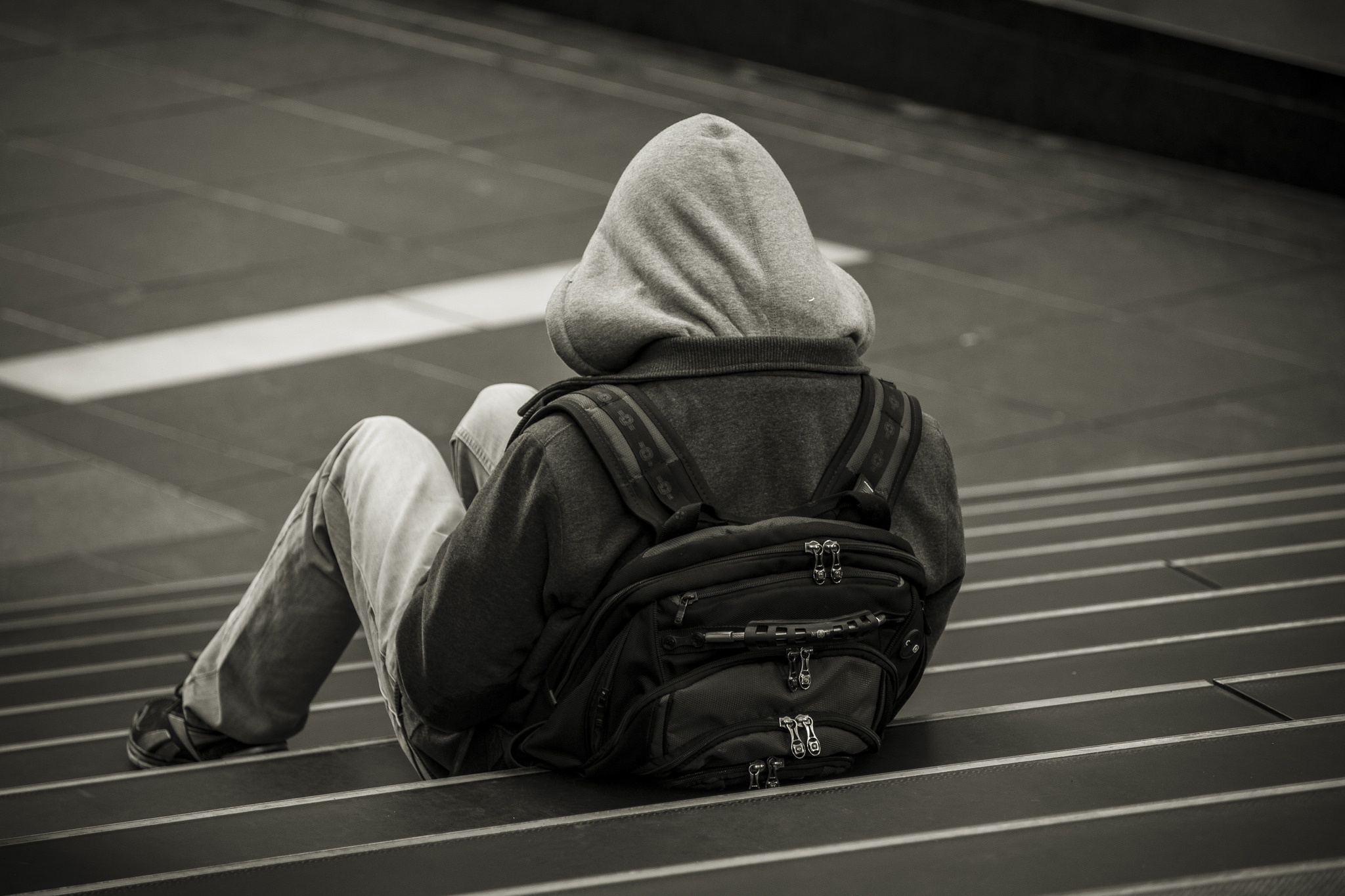 Charter schools, which are new to Washington state, appear to be suspending African American students nationally at even higher rates than the traditional public schools whose educational practices the charter operations want to reform.

That’s one of the key findings of a study recently done for the Civil Rights Project at UCLA, which also found particularly high rates of suspensions for students with disabilities attending charter schools.

While the report found that some charter schools do a very good job of holding down suspension rates for all students, it also raised concerns about the effects of disparate rates of suspensions in many of the charter schools. It faulted many charters for contributing to the school-to-prison pipeline with high out-of-school suspension rates — running at least 25 percent of students — at the elementary and secondary levels. In some cases, the practices may amount to civil rights violations, the report suggested.

Under a 2012 ballot measure, Washington launched a modest program for establishing charter schools, with fewer than a dozen operating currently. And, despite a new state authorization by the Legislature in response to a court decision overturning the 2012 measure, questions continue about whether charter schools can be funded with state money.

The discipline report fits with concerns of charter opponents in Washington state about whether they will operate as equitably as regular public schools.

Some supporters of charter schools questioned the research methodology and the value of the report, saying many of the schools are leaders in new approaches to discipline. And the National Association of Charter School Authorizers told the media that parents need to be able to select the type of school they want, including ones with strict disciplinary policies.

The report, done by the Center for Civil Rights Remedies at UCLA’s Civil Rights Project, compared close to 5,000 national charter schools to 90,000 non-charter public schools, based on 2011-2012 discipline data of all schools obtained from the U.S Department of Education’s Office for Civil Rights (OCR). The report says that the 2011-12 data was used because it provided the first full year of data under a new reporting requirement for charter schools.

The researchers found charters’ suspension rates were higher than that of non-charters for all students by 16 percent.In 2011-2012, for all students at the secondary level, the average suspension rate was 13.2 percent for charters versus 10.5 percent at regular public schools.  A disparity was found between black and white students, and this occurred at both elementary and secondary levels but was particularly a factor with older students, according to the Civil Rights Project report.

“Specifically, the 6.6-point racial gap at the elementary level more than doubles to 16.4 points at the secondary level,” the report said. “This means that charter secondary schools suspend more than 16 more black students than white students per every 100 students enrolled.”

The rate differences for students with and without disabilities also rise with older students. At the secondary level, the suspension rate was 23.3 percent, a couple of percentage points above the regular public schools' rates.

Emphasizing the sweep of the longstanding problem in public schools, however, the charters' 13.1 percent suspension rate for American Indians came in 3 percentage points under that of the traditional schools. Latino students had slightly higher suspension rates at traditional public schools; charters suspended Hawaiian and Pacific Islander students at slightly higher rates at the elementary level but at lower rates at the secondary school level.

Melissa Westbrook, an education activist, said in an email, “What is interesting is that charters are supposed to be these incubators of best practices and yet there are still large numbers of charters using disproportionate discipline on students of color. Why, if charters are supposed to be ‘innovative,’ don't we see fewer suspensions of black children than in traditional schools?”

Maggie Meyers, director of communications for the Washington State Charter Schools Association, disputed the report. In an email, she said, “As the Civil Rights Project has a track record of being critically biased towards charter schools, we were not surprised that the report cast a negative light on the charter movement.”

Green Dot Public Schools, which opened Destiny Middle School in the Fall of 2015 in Tacoma, reported zero suspensions at schools elsewhere in 2011-2012. Summit Public Schools, which has opened schools in Seattle (Sierra) and in Tacoma (Olympus), had two California Public Summit Schools examined in the report; those schools had on average low suspension rates in 2011-2012 for all students and subgroups.

Meyers pointed to charters trying out alternative discipline models to suspension. In Walla Walla, she said, a newly opened school, Willow, uses a “trauma-informed” approach — trying to understand the stresses in students’ lives and teaching them how to control their own behavior. And the two Summit Public Schools charters, in Seattle and Tacoma, use a restorative justice approach, she said.

The Center on Reinventing Public Education, which is based at the University of Washington and is generally regarded as supporting experiments with charter schools, suggested the report’s research methodology is seriously flawed. “The UCLA Civil Rights Project violates most of the research principles that are key for fair, accurate, apples-to-apples comparisons between charter schools and traditional public schools around discipline,“ director Robin Lake wrote on CRPE’s website. She took issue with the comparison of individual charter schools with entire districts’ statistics, and said there needed to be comparisons between individual schools serving similar populations.

“Charter and district schools alike need constructive, practical ways to create safe and orderly learning environments for kids,” Lake wrote. “What they don’t need are more reports like UCLA’s that serve only to fuel political battles and grab headlines.”

The authors of the report had noted the limits of self-reported data collected by federal officials. Westbrook said the onus is on the charters, which she said lack transparency and had not made discipline records publicly available like regular public schools until recently.

The new state law provides funding for “public charter schools” from the state’s lottery account, a response to a Washington State Supreme Court ruling overturning the funding in a voter-approved charter school measure. Gov. Jay Inslee allowed the Legislature’s measure to become law without his signature, but the teachers union and others are expected to file a legal challenge to the new law.

Teachers unions, some parents, and education activists have long questioned what they consider to be the corporatization of education reforms — including charter schools — and the influence of a limited number of big philanthropists. Many critics have questioned charters’ claim of strong test scores among their students, saying the results could have been artificially boosted by either suspending low-performing students or using “selection bias” where charter schools only admit already better-performing or “better-behaved” students. Westbrook shares of these concerns, writing, “The national record is one that shows charters enroll fewer homeless, [English Language Learner] and Special Education students.” She said having fewer special ed students could make charter schools work easier than that of regular public schools.

Responding to a question about records, Washington Charter Schools’ Meyers said the member schools are still in their first year and don’t have discipline data but they will submit data “when they return to being charters” under the new law.

Meyers points to far better recent results: New Orleans charters have lower expulsion rate than the state average and, since 2011, D.C. charters suspension rates have reduced by 20 percent. She said those changes demonstrates something bigger: “Charter schools are learning from their own practices, from each other, and adapting their school models to address their students’ evolving needs.”

While the report raises questions for charters, the report and what is known about discipline in Seattle and Washington state as a whole point to larger inequities in the treatment of students. The ubiquitous inequity, indeed, is beyond districts versus charters. The larger problems of inequity and white supremacy, often unconscious, have been well documented in schools, even abroad, and in society generally, including notably by UCLA’s own Public Affairs School. However, swimming in an ocean of incendiary education politics, we may have a hard time sorting out the reasons that these types of inequity stubbornly persist in schools, often seemingly no matter what. While new disciplinary approaches like restorative justice may have their value, in the long run working toward true equity may have the most value, and eliminating white privilege may have greater value. 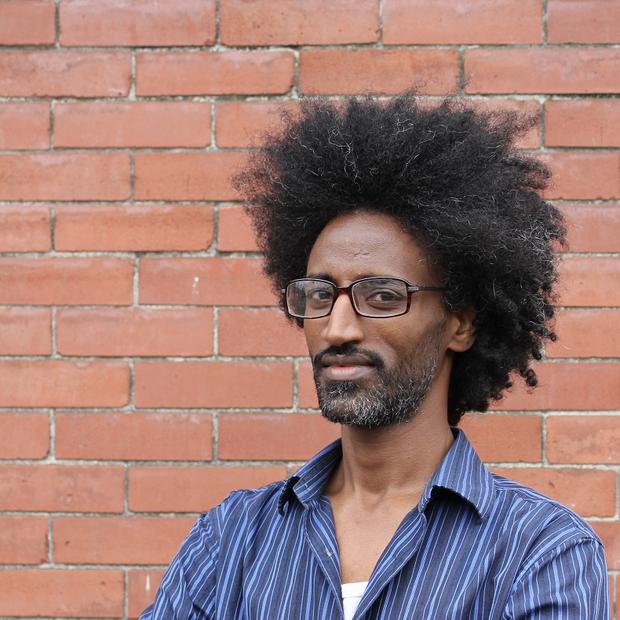 Goorish Wibneh's line of work is in the Infosec field: digital forensics, network exploitation and vulnerability analysis. Oh, and journalism. He can be found playing chess before or after drinking beer, and he enjoys learning about languages, history and culture. He has traveled to a few countries around the world for "fun and profit". Wibneh is a regular contributor for the Seattle Globalist.