Can a millennial mayor save Kurt Cobain's dying hometown? 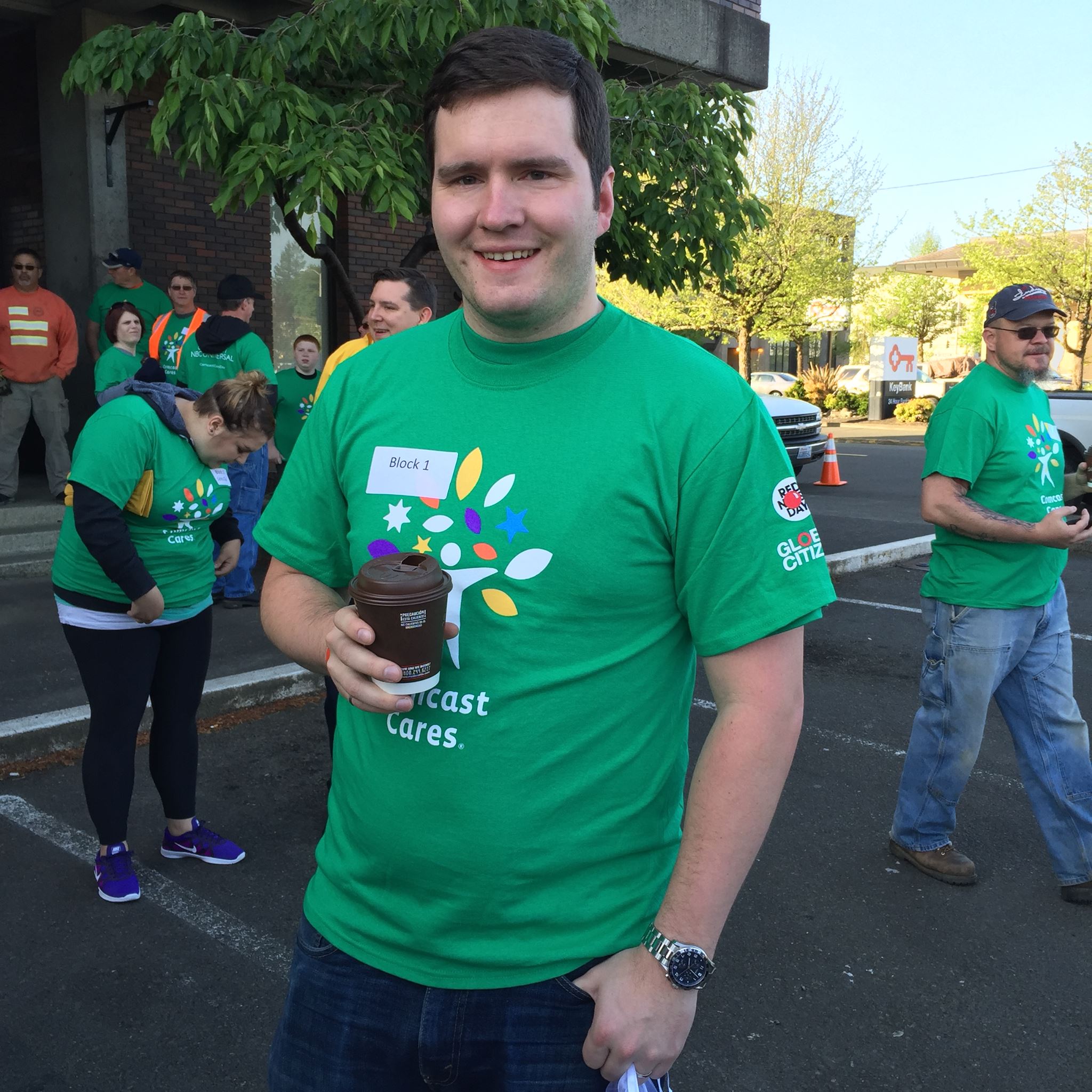 Follow Route 101 through northwest Washington, and you’re sure to see it — the welcome sign outside the town of Aberdeen. It proudly proclaims "Lumber Capital of the World," but the mothballed mill across the river tells a very different story. "You look left," explains Brooke Chapman, owner of The Neighborhood Pub, "and there aren't any logs."

Each year, about 8 million cars pass through Aberdeen, population 16,000, on their way to the Pacific Ocean, chugging past boarded-up storefronts and weather-worn homes in various states of disrepair. Aberdeen, like its namesake in Scotland, is shaped by the contours of two sea-bound rivers and a nearby ocean, but the similarities end there. With the exception of the occasional Nirvana groupie making a pilgrimage to Kurt Cobain’s hometown, few people stop here anymore, and even fewer venture far enough to find the Neighborhood Pub, the salty watering hole where Chapman and her patrons fling curse words around loosely, not infrequently at each other.

On this Monday night in February, the bar is buzzing with rancorous debate over Donald Trump’s presidential candidacy, Weyerhaeuser's decision to restrict forestland access and Budweiser’s absence from the bar’s tap list. “You’re in the wrong neighborhood to sell weird beer,” gripes one would-be Bud drinker. Later, a shouting match breaks out over some indiscernible dispute. It ends with a woman being pointed toward the exit.

Amid the chaos sits a local, 24-year-old engineer named Erik Larson, sipping on one of the craft beers that so offended the grizzled guy at the bar. Larson is a recent Washington State graduate with a clean-shaven, boyish face and a soft-spoken confidence. He also happens to be the mayor of Aberdeen.

“It's going good,” he says, now a month into the job. “It’s a lot of work with very little pay and a complete loss of private life. But I knew what I was getting myself into.”

Larson, who juggles the part-time mayor’s gig with his job in engineering, comes across as a technocrat, a problem solver as versed in the city’s challenges as he is assured of his own solutions. Larson says he didn’t return to Aberdeen after college with political ambitions, but watching city hall’s halting pace of progress frustrated him. He thought he could do better for this dying timber town, his hometown, where per capita income is $8,000 below the national average and unemployment remains near 10 percent.

Many other boom-and-bust towns in the West have tried to reinvent themselves and failed, of course, but Larson gives Aberdeen an x-factor, a native son who chose to come home after college when he could have gone anywhere. In a town where diplomas have long doubled as a ticket to somewhere better, that matters to people, and it shows. Larson won the mayoral election last November with 72 percent of the vote, toppling an opponent who easily bested him in age and political experience. He has since brought assertive leadership to City Hall, answering constituents’ questions on Facebook and shaking up the town’s political circles.

“He has a different style than the last mayor,” says Tim Quigg, a retired businessman and philanthropist who volunteers with the Aberdeen Revitalization Movement, a local nonprofit. “He’s more hands-on and aggressive. (And) he’s a millennial.”

The symbolism of that is striking. As a ‘90s baby, Larson never witnessed the timber industry’s boom years, when felling, milling, and transporting trees supported thousands of jobs in Grays Harbor County. Instead, what Larson saw growing up was the wreckage of an industry ravaged by mechanization, globalization and environmental restrictions — and he was smart enough to realize that the good ol’ days weren’t coming back. “That's not what the timber industry is any more. Trees go in, and nobody touches them until they get loaded onto trucks,” Larson said.  “I think the community as a whole is ready to accept that.”

Larson’s vision for a diversified economy begins with redeveloping the Chehalis River waterfront and turning downtown into a lively civic center. The goal, he says, is to attract college-educated millennials like him back to Aberdeen, where he hopes their entrepreneurial ambition will kickstart a new economy. “If I could tell you what the next big industry will be, I'd be buying shares,” he said. “I’m not going to pick winners and losers, but I'm definitely going to create a community, as best as I can, that allows for those people to locate here and be successful.”

Whatever happens, a revived Aberdeen is unlikely to resemble the city of 1920, or even 1980. These days, the towns thriving in timber country are mostly places where logging roads have given way to hiking trails, and where foodies and techies play in the woods alongside Baby Boomer retirees and local college students. (See: Ashland, Oregon.)

Aberdeen may never stray quite that far from its blue-collar roots, but there are already hints of how gentrification could reshape downtown. On the city’s main thoroughfare, a 12-handle taproom shares the block with a wine shop and high-end regional cuisine, and one block over, there’s a chic new Italian restaurant. None of them have Bud on tap, but for many locals, it’s a change they can swallow.

“I think we need to hold true to what got Aberdeen here — the logging industry, our port, our railroad system,” says Chapman, the pub owner. “But I understand why younger people want to make the city more modernized, like Seattle or Leavenworth. That’s going to bring people here, and it’s going to bring us money.”

So far, the revitalization effort is off to a good start. In March, the Washington state Legislature earmarked $550,000 for the city’s proposed Gateway Center, an economic development hub and visitor’s center that Larson envisions as the anchor to Aberdeen’s revitalized downtown.

The city also secured funds to start designing the North Shore Levee Project, a partnership with neighboring Hoquiam to address the area’s chronic flooding problem. If it succeeds, the new levee system would all but eliminate the need for flood insurance, saving many homeowners hundreds of dollars per month and clearing the way for new investment. “Nobody wants to come into a floodplain and develop if they can do it somewhere else without having to pay flood insurance,” Larson says. “It’s something that’s putting a chokehold on growth.”

Larson believes these projects are big steps toward creating a modern Aberdeen — a city that will lure young people who want the urban experience while still being close to the outdoors. Fill the city with talent, he says, and jobs will follow.

But the path forward is rarely so simple. Across the West, other towns with depleted extractive economies have embraced ”natural amenities” as an economic solution, only to find themselves transformed into playgrounds for wealthy urbanites who visit on weekends and leave little prosperity behind. Just ask the folks in Oakridge, Oregon, a timber-town-turned-mountain-biking haven with one of the state’s highest poverty rates. The tourism-heavy summer months help keep Oakridge and its economy afloat, but the winters almost always threaten to sink it.

Larson hopes that new industries will create year-round jobs, not just seasonal labor. But there are few such success stories among the Northwest’s recovering timber communities. Quigg points to Coos Bay, Oregon, and the economic boost provided by its casino, but unemployment there is stuck near 9 percent and average incomes are barely higher than Aberdeen’s. Then there’s Leavenworth, Washington, the once-depressed timber town that transformed itself into a Bavarian-themed tourism destination. But Leavenworth is a town of 2,000 people, merely one-eighth the size of Aberdeen, and even its economic upturn has been modest.

The reality is that Aberdeen’s future is anything but certain, and its recovery — if that’s even the right word — is still in its infancy. Blighted properties outnumber storefronts in parts of downtown, and the defunct Thunderbird Motel continues to sit vacant off Route 101, a towering reminder of the city’s decay. “You don’t go into 25 years of economic depression and then come out of it in two,” explains Cary Bozeman, a former mayor of Bremerton and Bellevue, who volunteers as a consultant for Aberdeen. “It’s a long-term thing.”

But Bozeman remains optimistic — and he’s not alone. At the Neighborhood Pub in January, inebriated patrons periodically walked over and interrupted the interview to ask their own questions. After one such exchange, a local man at least twice Larson’s age leaned across the table to shake the mayor’s hand.

Ben DeJarnette is a freelance writer based in Portland, Oregon.