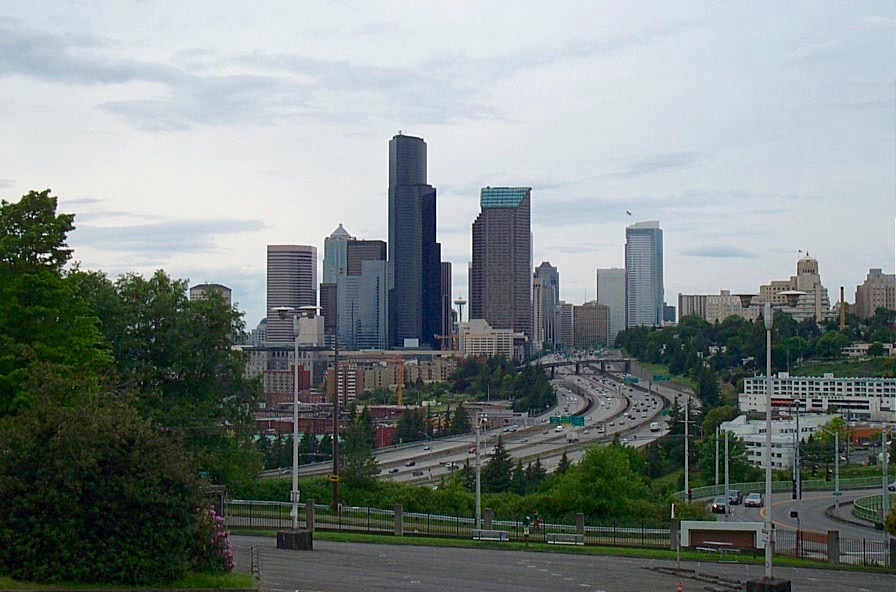 Areas under a stretch of I-5 south of downtown could be fenced off to control homeless encampments.

When government representatives from Seattle and Olympia unveiled the plan to close the Duwamish Greenbelt — known informally as the Jungle — Mayor Ed Murray was in China, wrapping up a trip with the Chamber of Commerce. Upon returning to City Hall on Monday, he was surely greeted by a paint smear of skepticism from service providers, media and members of the Seattle City Council.

In fact, Councilmember Sally Bagshaw spent most of her weekend crafting a resolution to address the gaps she and other councilmembers see in the plan, including a need to bring more community voices to the table. Bagshaw, likely with councilmembers Mike O’Brien and Tim Burgess, were to meet with the officials in the mayor’s office late Monday, in search of a sweet spot that balances the mayor’s zeal to close the encampment area with the worries that his current timeline and expectations are unrealistic.

The so-called Jungle is a vast strip of land, running generally along and under I-5 for three miles from the southern edge of the International District to Georgetown. City officials estimate that 300 to 400 people live there. For many, the space is a preferred alternative to the rules and expectations of emergency shelters in Seattle.

Successfully closing the Jungle would be a prized achievement for Murray and his public safety advisor Scott Lindsay — a quest many have tried and failed to achieve before him. For the mayor's office, the urgency is built on some of the unsavory conditions scattered throughout the stretch as well as concerns of safety. A double-fatality shooting there last January apparently lit the fire under the effort.

The plan, as presented so far, is sparse — after two weeks of outreach to greenbelt inhabitants by representatives at the Union Gospel Mission, the area will be cleared. Although city representatives have not said definitively whether the area would be fenced off, early versions on the proposal included language about a series of “gates” — a fence by any other name. Twenty percent of the budget is yet uncommitted, and will likely go toward the gates.

At the announcement last week, Lindsay did not rule out arrests of people who won't leave, although he said in past cleanups, they've been rare.

The importance of safety is not a debate on the table. But the backlash to this plan has been nearly identical to the criticisms of the hundreds of encampment cleanups already carried out by the city: Where will these people go? "I'm anticipating a very low success rate of getting people into services and shelter because they don't have the right people, they don't have the right timeline, they don't have the resources,” Real Change founder Tim Harris told KUOW last week. “This is a quick and dirty operation that's going to create misery."

At a Seattle City Council meeting Monday afternoon, protesters filed into council chambers, at times shouting over the already-in-progress meeting. When Council President Bruce Harrell briefly suspended the agenda to allow them to speak, Andrew Collins, who said he had once lived in the Jungle, stepped forward on behalf of the maybe 20 protesters. “We the housed and unhoused people of Seattle demand the City stop all the sweeps … and return all seized property,” he said. He also pushed the council to consider enacting a housing-first approach and revitalize unused space (such as the old Seattle Times building) to house the homeless.

Before last week’s announcement, Lindsay walked the halls of the Council, briefing several councilmembers on the proposal. Still, Bagshaw, who chairs the Human Services and Public Safety committee, told Crosscut last week she was not consulted. “If anybody had asked me what more we could have done, I’d have said, Let us find a building where we can get people in with cots and showers and running water with at least the assumption that they’ll move on to permanent housing,”

On Monday, Bagshaw said she still has concerns and her resolution will attempt to offer some solutions. Generally, she says, it will emphasize “the importance of getting broad community input that hasn’t been able to give input so far.” Bagshaw hopes to create what she’s calling an “action committee,” made up of service providers, legal advocates, representatives from fire and law enforcement, who can come back with some recommendations by the end of August.

In addition to some more concrete hopes, like port-a-potties and needle disposal boxes, Bagshaw and other council members will likely advocate for slowing down on clearing the Jungle. "I think that mayor is very anxious to get moving," she said. "That’s what I want to work on with the mayor — that we have a phased-in approach."

It was unclear Monday afternoon whether Murray would attend the meeting in the evening; the Mayor's Office didn't immediately respond to request for clarification. But Bashaw was hoping that the discussion would prove fruitful enough so she can proceed with the introduction 0f her resolution when her committee meets this Wednesday.