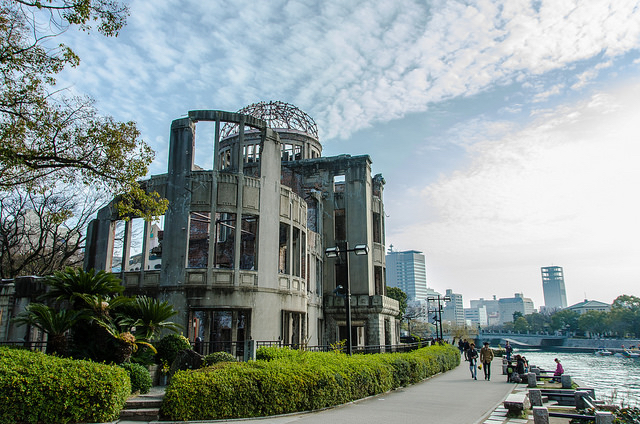 The A-Bomb Dome, a building in Hiroshima that partially remained intact after the 1945 bombing.

Peace activists in the Pacific Northwest have unique connections with the citizens of Hiroshima and Nagasaki and victims of the atomic bomb. Even in the immediate postwar years, Seattle Quaker Floyd Schmoe believed that building new homes for victims was more important than an apology. Schmoe, Daisy Tibbs Dawson and others from the Northwest founded the “Houses for Hiroshima” project and built 21 homes between 1949 and 1953.

In 2012, the last remaining house was dedicated “Schmoe House” as a branch of the Hiroshima Peace Memorial Museum.

Since 1984, the annual “Hiroshima to Hope” lantern floating ceremony at Green Lake has honored the victims of the atomic bombing of Hiroshima and Nagasaki. On August 6, 1990 (the 45th anniversary of the bombing of Hiroshima), another Floyd Schmoe project, the Seattle Peace Park was dedicated. The Peace Park is home of the Sadako and the Thousand Cranes sculpture by Seattle artist Daryl Smith.

Since the 1970s, Northwest peace organizations such as Ground Zero Center for Nonviolent Action and Washington Physicians for Social Responsibility have worked to raise the public awareness of the dangers of nuclear weapons and the threat of nuclear war.

There is another and darker side to our connection. The plutonium made for the atomic bomb used on Nagasaki was made at Hanford. And the largest concentration of nuclear weapons in the United States is deployed at the Trident submarine base in Hood Canal.

There is a Northwest connection to the question of whether an apology would be appropriate. In 2009, a Jesuit priest from Tacoma, the Rev. Bill Bichsel, went to Hiroshima and Nagasaki on what he called a “Journey of Repentance.” Then, Father Bichsel did apologize. "The apology is necessary in order to begin to repent for the sins of war," he said. “What we have done not only has inflicted tremendous damage on the Japanese, it also has done tremendous damage on the (American) people when we don’t remember what we have done.”

In Hiroshima, President Obama will likely be genuinely moved. But an apology for dropping the bomb makes no sense while our nation is feverishly working to make newer and more dangerous nuclear weapons. There is also the issue of war — which, in the end, is always total in its destruction.

For all the ceremony around Obama’s visit to Hiroshima, we are witnessing a world leader who is helpless to create a meaningful and lasting peace and fully aware of the consequences.  Obama’s journey does serve to remind us of the past and of the necessity to focus on a very different future. 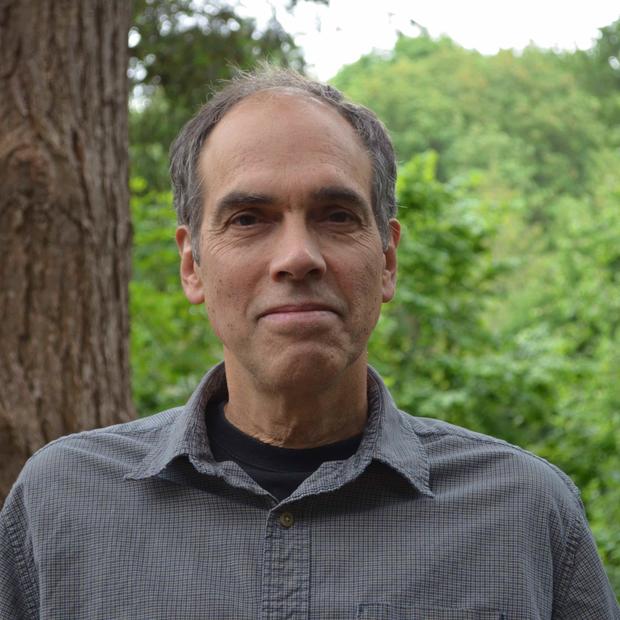 Glen Milner lives in Lake Forest Park and is a member of Ground Zero Center for Nonviolent Action in Poulsbo (www.gzcenter.org).