This year only, locals have special access to Washington's best trail 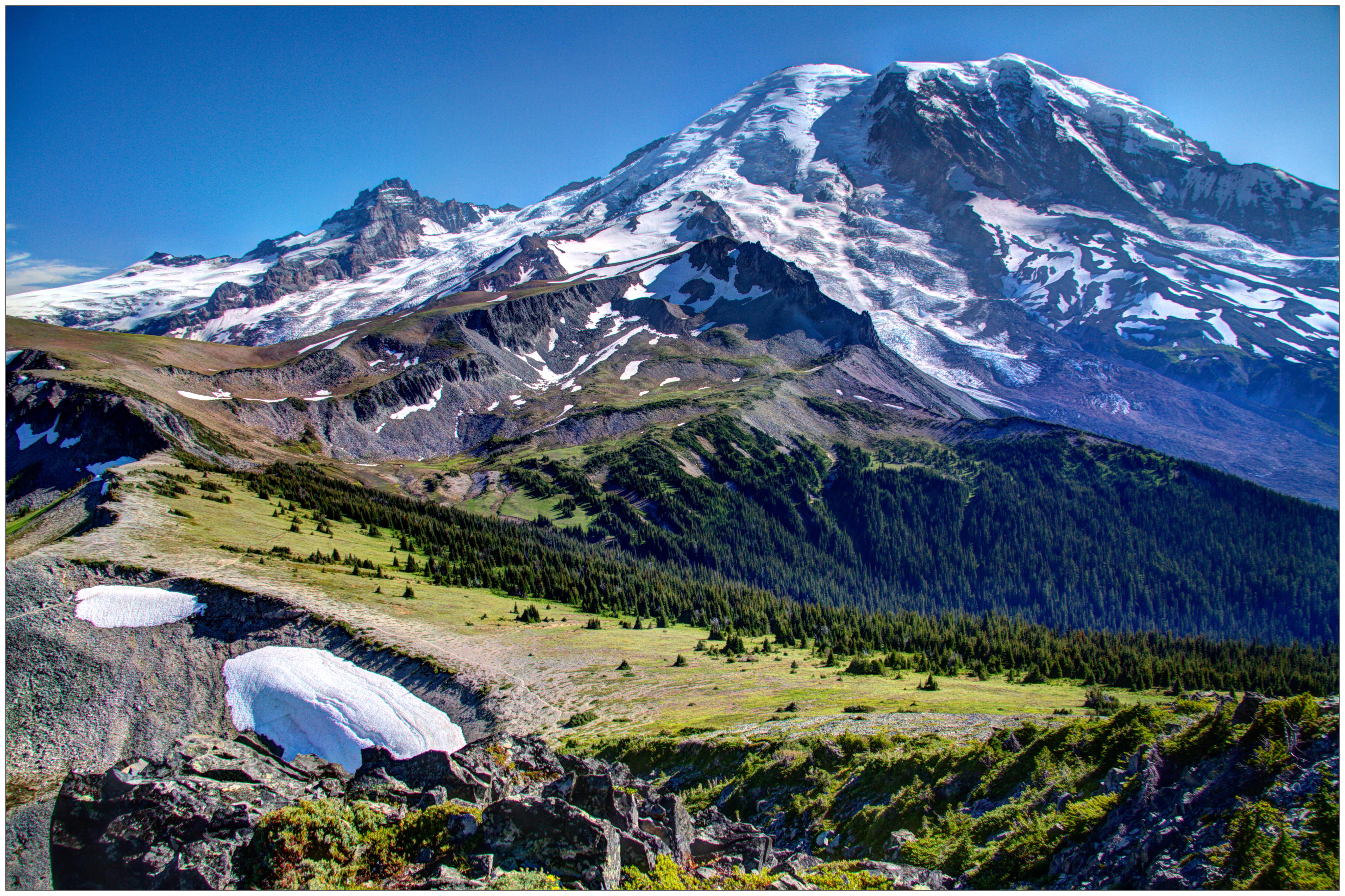 Mount Rainier from Skyscraper Mountain along the Wonderland Trail.

If you’re a backcountry hiker at Mount Rainier, you may find a little more space than usual this year. You can thank a technological meltdown.

Last March, a power outage in Mount Rainier National Park led to a failure of the backcountry permit reservation system. This forced the park to scuttle all advance permits, and use a first-come system for backpackers and climbers this year.

“For people in the area, it has the potential to open up space,” said Kindra Ramos, communications director of the Washington Trails Association.

To understand why the failure of the reservation system could be advantageous for regional hikers, you need to delve into the minutiae of the permitting process for backcountry camping in Mount Rainier National Park.

Traditionally, the park accepts requests for advance permits beginning in March. Prior to 2013, advance-permit requests were in the hundreds. Since then, demand has spiked into the thousands. This year, about 2,000 requests were received before the reservation system failed.

When the system worked, the advance permits guaranteed spots for people who wanted itineraries to hike in Rainier, particularly along the 93-mile Wonderland Trail. If you’re an uber-planner, or someone who simply needs to book vacation time for a multi-day trip, the advance permit system failure is nothing short of a disaster.

But if you live in the region and have a flexible schedule, you might be able to take advantage of this year’s walk-up, first-come system.

“It most impacts the out-of-state folks who are planning trips and need to buy plane tickets,” Ramos said.

This year, permits will be issued up to a day in advance of a trip on a first-come basis at one of Rainier’s backcountry wilderness information centers.

“Now if you walk up, everything is available,” Snure said.

The failure of the reservation system will have the most impact on the popular Wonderland Trail, one of America’s true bucket-list hikes. About 13,000 hikers used the Wonderland for overnight trips last year, said Randy King, superintendent of Mount Rainier National Park. Of that number, King estimates 400-500 people completed the entire length of the trail last year. In addition, “hundreds of thousands of users” day-hiked along the trail, he said.

For most, hiking the entire trail takes between nine and 13 days, ascending the high ridges and descending the glacial valleys that ring Rainier. In all, hikers gain and lose 22,000 vertical feet, making the Wonderland Trail a test of endurance and strength.

“The scenery is spectacular,” said Matt Sparapani of Chicago, who hiked the trail in 2014 with his wife Alison Newberry. “You get to circumnavigate the mountain over the course of 93 miles and you see the mountain from nearly all of it.”

Sparapani, who chronicled the journey with Newberry in a blog and a subsequent book that was published this year (“Plan and Go: Wonderland Trail;” Sandiburg Press) also praised the backcountry campsites along the Wonderland.

“The campsites are delightfully small,” he said. “You’re rarely sitting around crowded in with a bunch of people.”

Sparapani and Newberry came to Washington without a guaranteed reservation when they hiked the Wonderland. They applied for an advance permit, were turned down, but took the chance on getting a walk-up permit.

“We walked in with the same itinerary that we had applied with and only had to change one campsite,” Sparapani said.

Sparapani’s success at scoring a walk-up permit for the Wonderland should encourage other hikers this year.

Cathy Farrar of Seattle is planning to hike the Wonderland Trail in September. She’s hopeful she’ll get the walk-up itinerary that she wants.

“It may discourage some hikers, so those who show up will have a better selection of routes and sites,” she said.

For hikers who try to get walk-up Wonderland permits, park officials counsel patience and flexibility. Hikers should be willing to change starting and ending dates of their hikes and consider different entry points, Rainier superintendent King said.

Park officials will monitor how the walk-up system works and consider adding people to help process permits in the event of long waits.

In the meantime, Mount Rainier National Park is working with graduate students from the University of Washington Information School to come up with a new online reservation system to replace the old mail-in, fax-based system for next year. The system will be beta-tested this summer, mainly to address security issues “to make sure it protects people’s information,” King said.

For now, the high-country is still snowed in. Trips along the Wonderland Trail could begin in late June or early July, depending on how fast the snowpack melts out.

On a busy afternoon in late May at the REI flagship store in Seattle, hikers were busy shopping for food, fuel and equipment for the coming season. As customers scurried around trying on backpacks, sales specialist Danielle Kean said most hikers she’s talked with are taking the Mount Rainier permit issues in stride. She’s looking forward to a better reservation system next year.

“To have a little hiccup now to get a better reservation system later is worth it,” she said.