Bertha's on track, but this is the easy part 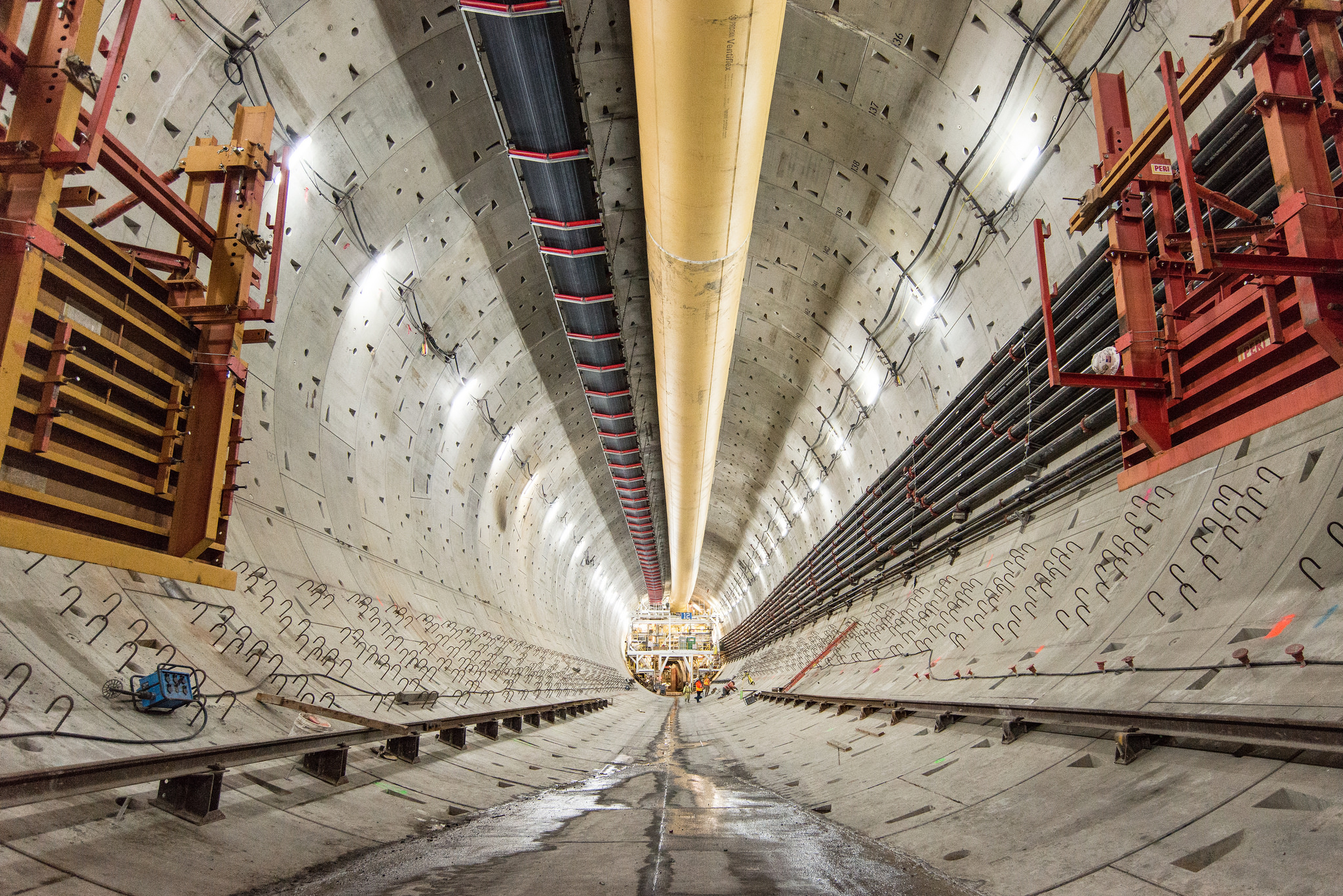 At Nijo Sushi on Western and Spring, people eat lunch as the world’s largest tunnel boring machine chews the earth directly beneath them, making its way toward South Lake Union.

None know it's down there. When they learn, none care. One hadn’t ever heard of Bertha. “Hi, Bertha!” said one woman, waving at the ground.

For all the issues around Bertha, apathy is a Christmas gift for WSDOT and tunnel contractor Seattle Tunnel Partners. The tunnel should be done by now. But it's faced a two year delay, its repair resulted in one of the world's most precarious elevated highways to settle, and created a really big sinkhole in the ground (250 cubic feet big) on the waterfront. Still, as the lunchtime diners picked through the pieces of their bento boxes, they weren’t nervous.

But since April, the tunnel has been merrily moving along, at a pace of just over 40 feet per day. As of this week, the machine has gone about 1,400 feet, doubling the distance it traveled before the it broke down. Tunnel engineers like to measure progress in tunnel rings, and as of Wednesday, the machine was averaging 7 per day, the pace it's supposed to hit.

The head of STP, Chris Dixon, is supremely confident in Bertha. “The repairs to the [tunnel boring machine] were successful,” he proclaims.

However, there are still two phrases that should keep our tunnel-advocate mayor, Ed Murray, up at night: “overheating” and “losing ground control.” The former was what broke the machine the first time, although no one will admit why. The latter is the worst case scenario beneath downtown, with "losing ground control" meaning sinkholes.

Dixon says his crews have seen no ground movement at all, and that the machine is functioning at a normal temperature. But to be a little bit of a buzzkill, the machine just completed a relatively simple section of tunneling, going downhill (at a 1.6 percent grade) and moving through solid clay, which is ideal for this particular model of machine.

The future is a tad trickier. After flattening out for a little bit, the machine has begun to head toward the surface at a 1.4 percent grade. That will increase first to a 3.6 percent grade, then to 4 percent. Moving upward puts more stress on the machine, but Dixon promises the machine has plenty of capacity left in its tank and should be able to handle it.

Furthermore, the machine will move out of cushy clay and into sand and gravel. Bertha functions by maintaining pressure at its face. That’s harder to do in loose and variable soils. Again, Dixon says not to worry, that the soil shouldn’t be anything the machine can’t handle.

The machine has been refurbished by Hitachi Zosen, and there are a lot more eyes on how it's functioning now than there were before. The state lost trust in STP, and now has their own people attending the project's morning progress meetings.

But assurances aside, echoes of confidence in the past ring loudly in the ears of anyone who hoped to be driving underground by now. Dixon himself has said things will not go wrong and then they’ve proceeded to go wrong. Assurances from the project don’t mean as much as they used to.

If all goes well, Bertha will get to where its going by early next year. Another year after that, the highway will open. And the year after that? Hopefully people are still using it.