The raw truth about Washington's oysters 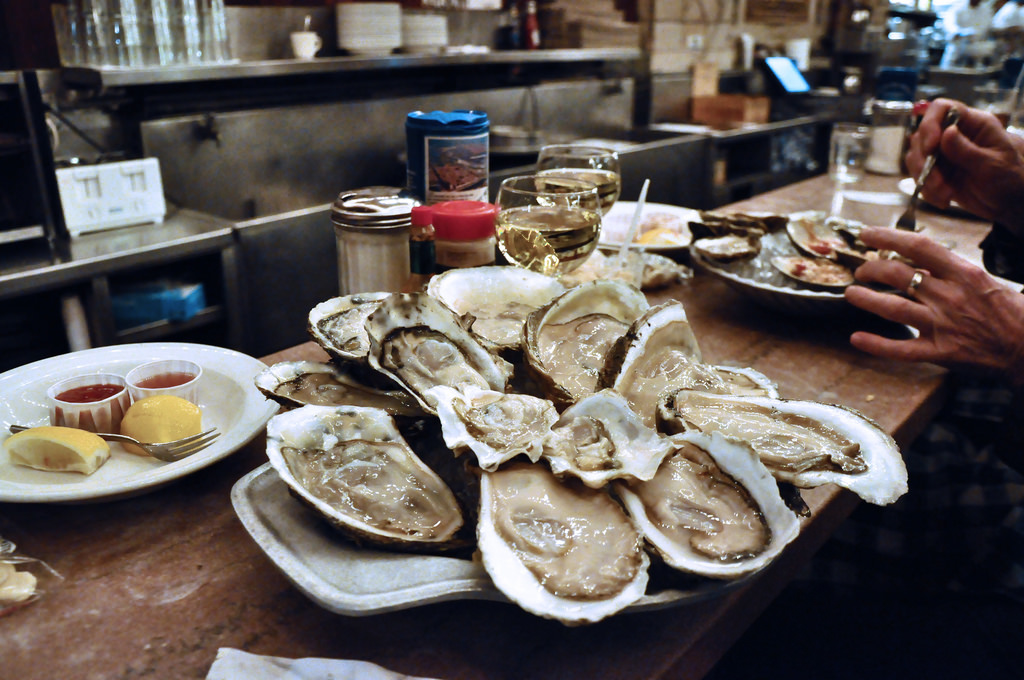 Oysters: Some people love them, some people hate them, but this week, all shall celebrate them. Yes, Washington Shellfish Week is upon us, as declared by a January 15 ceremonial proclamation by Gov. Jay Inslee. From June 4 to 11, oyster lovers will be able to study, shuck and slurp up oysters to their hearts’ content at events across Puget Sound.

The week-long shellfish shindig is a only a small part of Inslee’s ongoing Washington Shellfish Initiative, designed to protect and promote local shellfish farming, an industry that shaped our state in its beginnings, and still one of the most important sectors of the state's agricultural economy.

“People in Washington have been building a culture and community around shellfish resources for thousands of years,” Inslee’s proclamation reads.

Be that as it may, shellfish aquaculture today bears little resemblance to the oyster harvests of yore. Shellfish farmers once harvested a local creature on a small scale; now they rely on some pretty complicated agricultural techniques in order to grow an animal that originated on the other side of the world. How did this come to be? It’s kind of a crazy story.

Native Americans harvested Puget Sound’s own oyster — what the Salish called “kloch kloch” and we now know as the Olympia — for a long, long time, as evidenced by the piles of discarded oyster shells that have been found in our region dating back 3,000 or even 4,000 years. For centuries, the oysters were only taken at rates at which they would naturally be replenished. But this changed in the mid-1850s, when settlers discovered there was a market for Puget Sound’s oysters — a big one — and jumped at the opportunity to make some quick cash.

The market wasn’t a local one. It was based in San Francisco, spurred by the city’s growth due to the gold rush. “Most of San Francisco’s new citizens were from the East Coast, and they carried their cravings for fresh oysters with them into the western wilderness,” writer David George Gordon explains in his book, "Heaven on the Half Shell."

San Franciscans’ cravings were so insatiable that it only took a matter of years to deplete their own oyster stocks. So, in 1851, Washington pioneer Charles J.W. Russell stepped up to the plate to satisfy them with the fruits of his own tidal flats. Over the next decade, 90 percent of the oysters sold in San Francisco were shipped down by sailboats and steamships from Willapa Bay, on the Washington Coast.

It seemed like a win-win: tasty mollusks for gold-rich Californians, dollars for Washingtonians trying to get their feet on the ground. But the small “Olys,” which have their own distinctive flavor, weren’t quite up to the sensibilities of some snooty San Franciscans, who were accustomed to the taste of East Coast Virginica oysters. Even famous oyster connoisseur Mark Twain called the Olympia “a poor little insipid thing.”

The oyster industry was so strong that one of Washington state’s earliest pieces of legislation, the Callow Act of 1890, helped to resolve land disputes in favor of oyster farmers. Then the Bush Act, five years later, extended “the right to purchase waterfront acreage to anyone intent on oyster farming,” Gordon explains. In every other state, tidelands are public property. These two acts laid the foundation for Washington to become the leading state in shellfish production today.

After the Bush and Callow Acts, however, it wasn’t long before the tables turned. By 1915, the combination of overharvesting and pollution from pulp mills and sewage decimated the population of native Olympias. Farmers tried to focus their attention on the Virginicas, but the waters proved too cold for the species to yield stable harvests. But, ever persistent, oyster farmers tried again: In 1919, the first shipment of Pacific oysters arrived in Samish Bay from northern Japan.

“The Pacific oyster is kind of the weed oyster of the world,” explains Bill Dewey, an oyster farmer and director of public affairs at Shelton, Washington-based Taylor Shellfish. It can grow pretty well, pretty much anywhere. In fact, it is now commercially grown in Australia, Europe and New Zealand, as well as in North America, and accounts for 98 percent of the oysters that are grown in Washington today.

It grows pretty well, but not perfectly well. The main problem? “The water is much warmer in Japan,” says Alan Trimble, a research ecologist at the University of Washington. The temperature difference packs its biggest punch during the oyster’s most sensitive phase: when it’s still larvae.

The result is an intricate dance involving oyster seed that is either shipped in from afar, or created in a handful of specialized facilities here in Washington. Either way, it's not the simple matter of a handful of yeoman oyster farmers wandering out onto the tide flats and returning with your wild hors d'oeuvres. What does oyster farming actually look like today? I'll tell you in the next installment of this series.