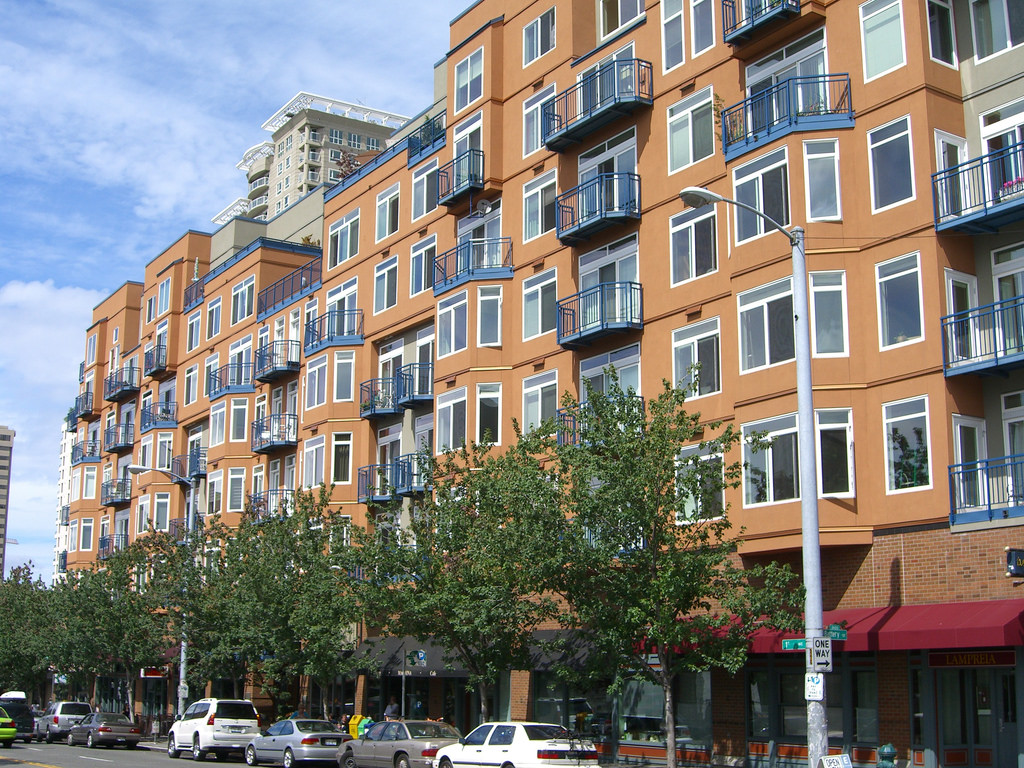 Growth isn't sustainable. At least, not the kind we're seeing here in Seattle, where a bloated private housing market, inflated by a thriving economy, is pricing out a growing population of homeless and low-income residents. And the more city officials try to rip and tear their way out of this tangled mess, the web only seems to grow thicker.

The city council attempted to confront a big part of this issue two weeks ago when it unanimously passed a law that expands the city’s Open Housing Ordinance to protect renters from discrimination based on the source of their income.

Other parts of the bill include requirements for housing providers to accept eviction assistance vouchers — rather than tossing renters who fall behind on payments — and the prohibition of preferred employer programs that favor workers from certain companies. The provisions also include what appears to be the first of its kind in the nation: a program which requires providers to view applicants one at a time and accept the first one that meets their criteria.

Proponents believe the measures can and will prevent discrimination ranging from outright favoritism of the wealthy to a landlord's unconscious tendency to pick someone on the basis of race, gender or ethnicity.

This piece of legislation was suggested by Mayor Ed Murray’s Housing Affordability and Livability Agenda task force. When it goes into effect next year, it will create a protected class for people who rely on Social Security, disability, unemployment insurance, child support and other forms of assistance.

Councilmember Lisa Herbold spearheaded the effort with the first-in-time policy, a building block for the new bill. The policy will create a new screening process designed to prevent housing providers from unfairly prioritizing applicants based on the source of their income, gender, race, national origin, sexual orientation and other factors that presumably wouldn’t affect their ability to pay rent.

“We’ve got really some groundbreaking policy here and the question is, will it work?” Jamie Durkan, a representative of the Rental Housing Association, said during public comment before the council voted. “Will it make things better?”

The success of this program will rely heavily on property owners and their ability to be clear what they expect from future tenants. In addition, those who wish to provide housing for such protected classes as the homeless, survivors of domestic violence, persons of low income and people referred to them by nonprofit groups, among others, will not have to observe the first-in-time policy. The policy will not apply to single-family dwellings or accessory dwellings where the owner maintains permanent residency.

“I’m acutely aware of the need to balance both the rights of renters with the interests of our housing providers,” Herbold said during the council discussion of the measure. “Our city is a city of renters. Their interests must be protected if we intend to reduce the number of people living homeless and increase affordable housing opportunities.”

Research conducted by the Seattle Office of Civil Rights found that more than 60 percent of renters using federal Section 8 housing assistance vouchers experience discrimination based on race, national origin, sexual orientation and gender identity. According to Herbold, people of color make up almost half of all those using emergency housing.

In an interview late last week, Herbold suggested that changes in the law will help landlords become more open to various renters. “That experience of renting to the first person who is qualified, regardless of whether or not they're a member of a protected class — that experience itself helps us unlearn that bias over time.

The council member said the discrimination is often unintended but widespread. “As a way to address what is still a huge problem in every city in this country,” she said. “We have to come up with a way to address what I think are, in many many cases, unintentional practices of people who make these really important decisions of whether or not to offer housing to people."

Part of the new law deals with tenants who have fallen behind in their rent and have received a three day pay-or-vacate notice. Under the new bill, those tenants will be able to use a housing or rental assistance voucher to avoid eviction, if they qualify, and their housing provider will have to accept it.

Passed on the heels of a $290 million housing levy voted in with massive approval less than two weeks ago, the new bill feels like a victory to many people in the city’s long struggle with rising rent and homelessness. It faced some opposition before passage, and others question how much of a difference it will make.

Dennis Saxman, a project leader for the Resident Action Project, a statewide effort to gather a coalition of residents of affordable housing communities, direct service providers and frontline staff, reminded the council that some people don’t make enough money to be discriminated against in the first place. “The problem," he said, "is much more massive than what this particular piece of legislation was designed to address.”

Saxman said during a later interview, “I think this bill will go a long ways towards beginning to remedy the problems we have in our culture, where the people who have money and property can discriminate against anybody they want, and the poor just have to suffer it.”

Sharon Lee, Executive Director of the Low Income Housing Institute, is a strong advocate for the new bill, particularly the first-in-time policy, although she had concerns about the original form of the proposal.

LIHI develops, owns and operates over 1,700 housing units at over 50 sites for low-income, homeless and formerly homeless people across six counties in the Puget Sound region, 80 percent of which are reserved for households earning less than 30 percent of the area’s median income. The organization is also running tent encampments in Seattle which collectively serve hundreds of homeless people, many of whom belong to families or go to school. According to Lee, the real challenge is getting homeless people into the private housing market.

“It’s close to impossible,” she explained bluntly. “I think this [bill] will help but I don’t think it’s the big solution.”

Brett Waller, Deputy Director of Government Affairs for the Washington Multi Family Housing Association, believes the new bill is incomplete. “There are unintended consequences that maybe could’ve been better vetted,” he said. “The first-in-time policy is overly complicated. It doesn’t take into account how the real process works. It seems to favor individuals who have immediate access to internet and transportation.”

Members of the community have concerns as well. “Our fear is that, even with bans on source of income discrimination, explicit and implicit bias will allow for continued inequities,” said Hana Alicic, an organizer with the Tenants Union. “There are many landlords who make an honest effort but, as the Washington Supreme Court has stated, good people often discriminate, and they often discriminate without being aware of it.”

The first-in-time program will take effect Jan. 1. Administrative rules will be developed in the four months before that, according to Herbold. Enforcement will most likely rely on voluntary compliance from housing providers. Though the rules have yet to be set, landlords who fail to follow them will most likely receive a notice of violation that will give them a deadline to fix their mistake; a failure to comply will lead to some form of penalty. Herbold said the council asked for a soft roll-out of this ordinance, meaning the enforcement of the new law will be “light touched” for the first year.

A successful amendment proposed by council members Tim Burgess and Rob Johnson calls for the City Auditor to conduct an evaluation of the first-in-time policy to determine whether the program should be maintained, amended or repealed. This assessment, which will be carried out over the next 18 months and released by the end of 2018, will include an analysis of the program’s impact on discrimination against people who belong to protected classes, those with low incomes, and those with limited or no English proficiency.

The report —  hopefully — will show us the progress Seattle is making to rebuild its reputation as a welcoming place to live.

This story has been updated since it was published to correct two names and a typo in a quote.