Can ferries be as transformative as light rail? 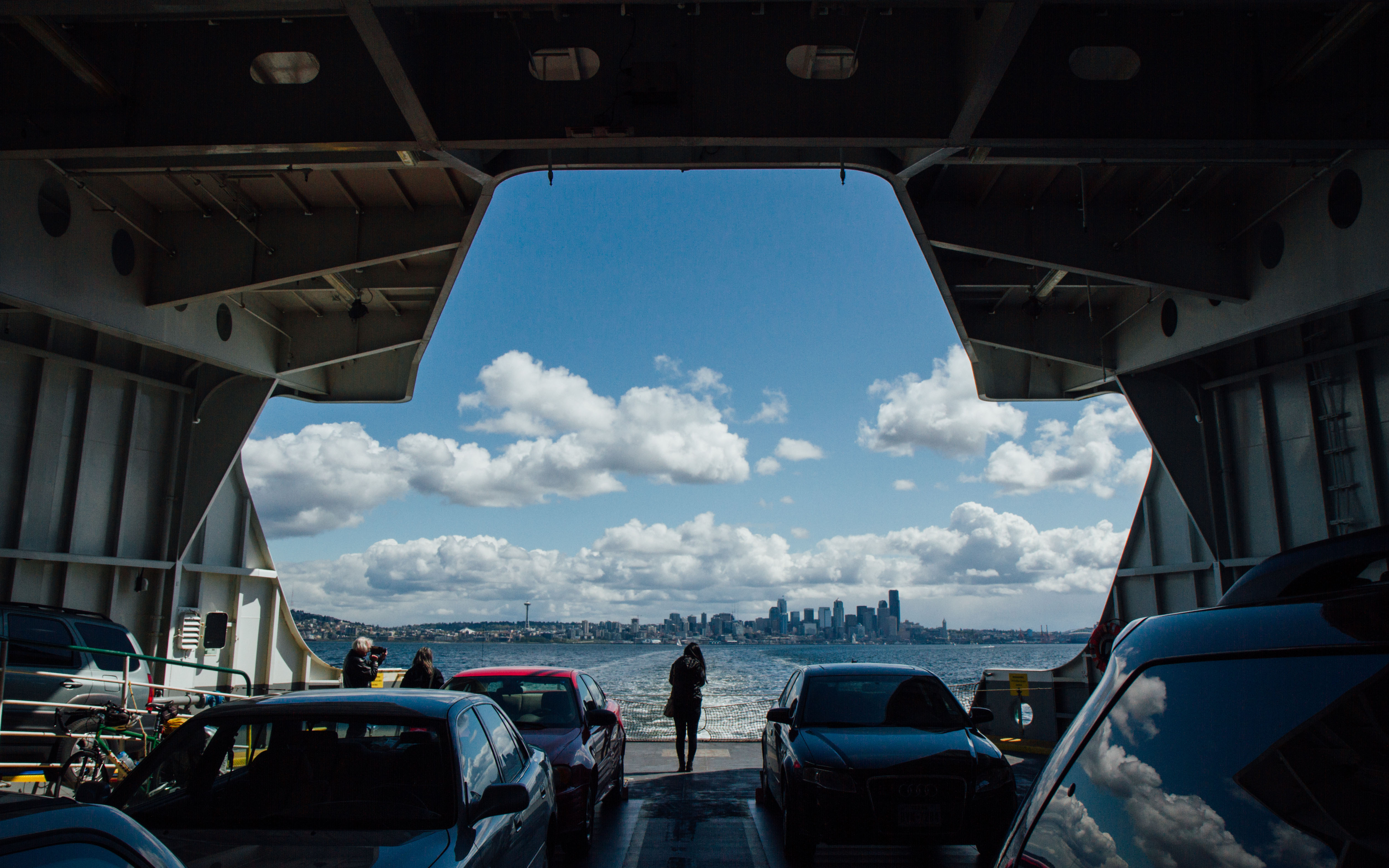 The ferry to Bainbridge Island from Seattle.

For all the hand wringing about King County’s proposed $54 billion light rail expansion, Kitsap County’s Proposition 1, which would add new ferries to downtown Seattle, has flown under the radar. But according to proponents, the new boats offer the same promise of urban connectivity to the western area of Puget Sound as light rail does east of the water.

And all for a thousandth of the cost.

Like Sound Transit's "spine" of light rail, the dream of the ferries is a network that makes living in Seattle's neighboring towns realistic while giving those cities a shot of adrenaline. Housing prices in Seattle are ridiculous; one solution is making it more appealing to live elsewhere.

So under the proposal, Bremerton, Kingston and Southworth would all get their own set of passenger ferries, in addition to the current one to Bainbridge Island. The commute times to Seattle would drop to 28, 33 and 23 minutes respectively — all faster than a current trip from Bainbridge to Seattle. The fantasy of what these short trips could accomplish is not hard to imagine.

“To have a vibrant community, you’ve got to have people living there,” says Steve Sego, who’s heading up the campaign. “If I lived in Seattle and I paid $2,000 or $3,000 a month and I could live in Kitsap a half hour away, why wouldn’t I choose that option?”

The price tag of $48 million upfront and $11 million a year after that would come primarily from a 3 cent per $10 bump in sales tax. The ferries would land on an expanded Pier 50, where the Vashon and West Seattle water taxis dock now.

Kitsap County has a rocky past with fast ferries. A boat that ran from Bremerton in the early aughts was canceled because the boat’s wake was eroding shoreline in Rich Passage. Similar ballot measures then failed in 2003 and 2007. And in 2005, a boat from Kingston lost $900,000 in less than a year before it was canceled.

Two years ago, Kitsap Transit floated the idea again. But Sego, a veteran of political campaigns in the 90s, scoffed at their plan. The proposal would have just served commuter hours. “I have a friend who works at Fred Myer [on the Kitsap side],” he said. “Why would he want to raise sales tax? You’ve got to be able to provide an amenity to people who don’t commute.”

So Sego lobbied Kitsap Transit to go bigger and to run a measure in a presidential election year. They agreed. The proposal on the ballot this November would run boats all day from May to September, cutting it down to commuter hours in the winter.

Sego, who has worked in wetland rehabilitation since leaving politics, frames the proposal through the lens of his own experiences commuting from Bremerton to the University of Washington.

Sego's personal narrative aside, business and development groups appear to betting heavily on the proposal as well.

His partner in the campaign, Jeremy Stitt, works for Sound West Holdings, which manages retail and residential buildings in and around Bremerton. The Friends of the Fast Ferry campaign has a long list of developer and business donors, among them a $5,000 donation Stitt's company, $5,000 from Abadan Holdings, the landlord of the failed Port Orchard Pavilion event space, and $2,500 from the owners of a parking garage near the Bremerton ferry.

Politically, Sego says they’re getting broad support. One exception, however, is the mayor of Poulsbo, Becky Erickson.

“It’s very expensive and really supports very few people,” she said over the phone. When asked about making travel to Kitsap easier, she said, “We have a great Washington State ferry system that has been operating for many years that is relatively cost effective.”

She also argued that the boats were too small and would therefore serve too few people for the cost.

Sego’s response was sharp: “She doesn’t want other people to have what she has,” referring to Poulsbo’s relative proximity to the Bainbridge ferry.

In the absence of public polling, it's hard to know the proposition's chances come November. Sego said he partnered with EMC at the beginnings of the campaign, which said the measure's chances were good if turnout hit 80 percent. According to a tweet from the Secretary of State's office, Washington's on pace to exceed that.

If it does pass, Erickson, by far the most public opponent, said she'll do everything she can to make sure it runs smoothly. Then she ended on a common refrain these days: "I’m really going to be glad when the election is over."