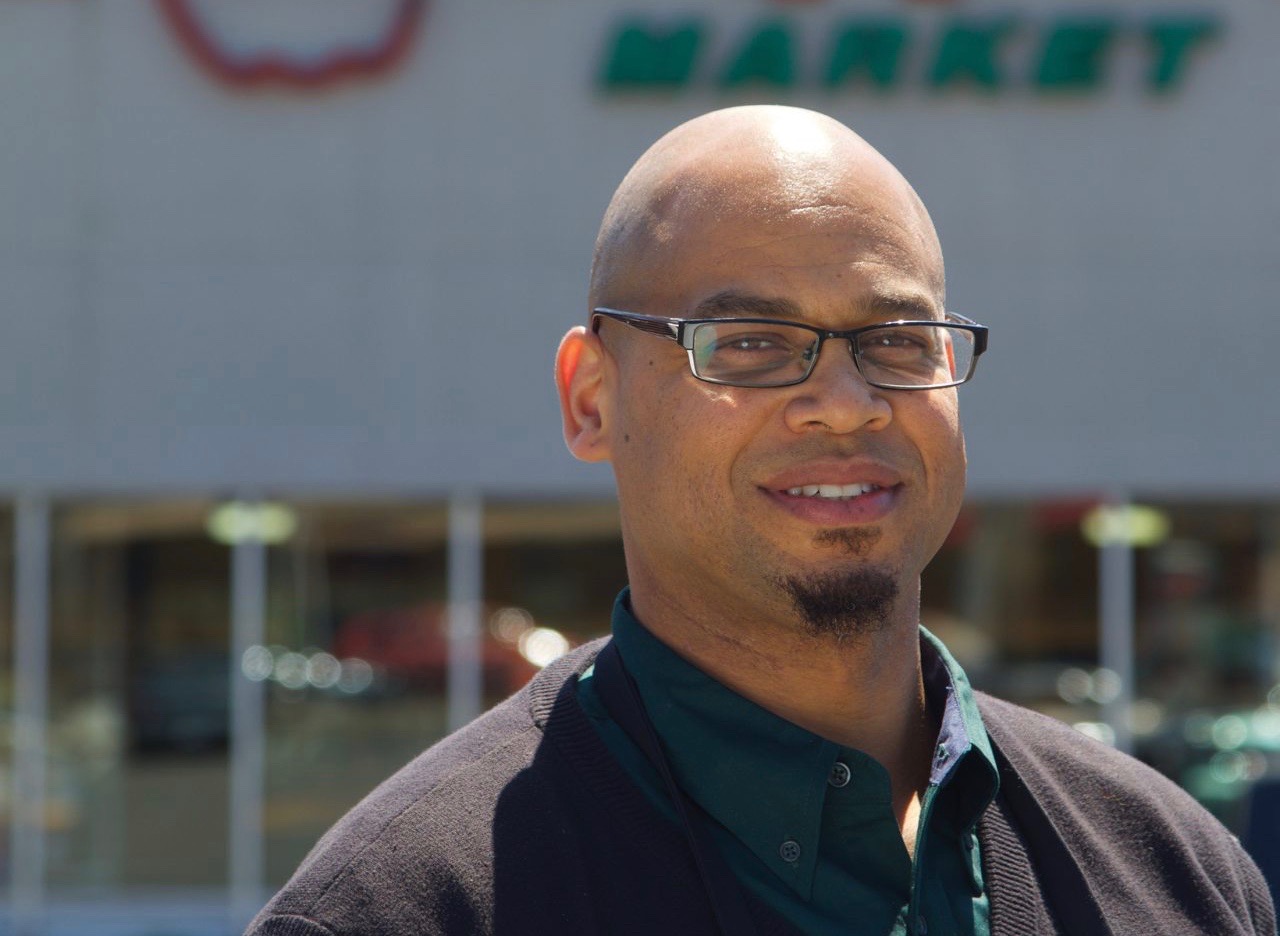 This story originally appeared in Ampersand magazine, a product of Forterra.

It happens at least once a month. I’m standing in line at my neighborhood grocery store and a customer comes up short on their bill. Without fail, the cashier or another customer steps in to make up the difference. I’ve been shopping at the Promenade Red Apple Market in Seattle’s Central Area for 11 years and while it isn’t the only place I shop, it is the only store where I am regularly moved by intimate, unsolicited acts of humanity.

Most days the store feels more like a community center than a grocery store. Like a lot places in the Central Area, it’s a community center that we’re about to lose. By next summer, the Red Apple and many of the small businesses surrounding it will be gone, making room for a new Vulcan real estate development.

And when it’s razed, so go its stories, stories about a neighborhood, its history, its struggles and its determination to weather change.

Artist and collaborator Inye Wokoma once told me that if you listen to enough stories about the neighborhood, you realize countless acts of community shaped the Central Area over the last six decades, making Seattle what it is today. Despite redlining, discriminatory lending, limited job opportunities and the crushing economic, cultural and physical violence of racism, Central Area residents managed to build a tenacious, self-sufficient, interdependent, multi-racial neighborhood.

Seattle could learn a lot from that.

The more people I talk to, the more I begin to see the Central Area as an intricate constellation of stories connecting generations of residents and all the hard work they’ve done to stay put and build and thrive. There are lots of bright stars in that constellation, where many stories intersect. The Red Apple, at the corner of South Jackson Street and 23rd Avenue South, is one of them.

The Shelf Life Community Story Project is an effort to gather and share these stories before they’re pushed out and paved over. But community storytelling isn’t just about preservation. It’s an act of resistance to the erasure of people’s histories. It interrupts the narrative that says, There was nothing here and instead says, Slow down, there is so much here.

“We have a lot of older people who specifically make their children bring them to Red Apple because of the experience they have, daily, just to have a good time. One of the most memorable times I can think of is in ’99. We brought the Garfield Marching Band to the grocery store and a lot of the older people were from Louisiana at that time and they were saying, ‘This brought back so many memories from home.’ It’s kinda nice when you can connect with the community and create fond memories, more than just charge them for a gallon of milk.”

JIM PRIM GREW UP IN CASTLE ROCK, WASHINGTON. HE HAS BEEN A RED APPLE EMPLOYEE FOR 22 YEARS.

“Lenny and Laurie Rose, the owners of the store, are great people, and they would do anything for the customer or the employee. Before it became popular for people to want a living wage, Lenny and Laurie have always paid more than they needed. They were actually ahead of that curve. We get great medical and dental and pension so it’s a great place to work. I’ve been with Lenny for 22 years, and it’s hard on him. He really cares about the store. He basically kept this store open for us, so we would all have jobs. That’s the type of person he is. He could have closed it years ago, but he basically kept it for us. What person would do that?”

ROBERTO “CHUY” AMARAL’S FAMILY MOVED FROM NAYARIT, MEXICO, TO SEATTLE, WHEN HE WAS 8 YEARS OLD. HE HAS WORKED AT THE RED APPLE FOR 16 YEARS. WHEN HE’S NOT WORKING AT THE RED APPLE, HE PLAYS WITH LOCAL BAND BANDA VAGOS.

“I don’t know how to explain it. It’s a community store. I go to other stores, I don’t ever feel the same way. Sometimes, for the holidays, people bring us meals from their homes, from their barbecues or we have little kids bringing us drawings they drew for us. A lot of Hispanic people were living here and now they have houses in maybe Burien or Kent, but they still come up because over here they can find the menudo meat or lengua for tacos. We love seeing them, Sundays, they come in with their families, everybody all grown up.”

OSCAR CERILLO GREW UP IN MEXICO CITY AND CAME TO SEATTLE IN 1990. HE HAS WORKED AT THE RED APPLE FOR 13 YEARS.

“I’m sad that the store is closing. For me, I’ll have to find a different job. That’s the first thing any worker thinks about. But there’s also the sentimental part. I have worked here for so long. I’m not going to see all the people I’m used to seeing. It feels like family. I’m going to miss everyone and the neighborhood is going to change so much.”

TRALAINA JONES GREW UP IN THE CENTRAL AREA AND HAS WORKED IN THE RED APPLE DELI FOR NINE YEARS. SHE WAS RECENTLY PRICED OUT OF THE NEIGHBORHOOD AND NOW LIVES IN RENTON.

“We sell a lot of catfish, greens and peach cobbler. A lot of older people are done cooking, or they can’t cook. The people at the nursing home(two blocks away), they love their southern food. That’s what they were raised on. That’s why they come in every day, and it’s going to be gone and they can’t travel far to get anything. What are they going to eat now?”

GARY HAMMON WAS BORN AND RAISED ON 28TH AVENUE SOUTH. HE TOOK UP THE TENOR SAXOPHONE WHILE A JUNIOR AT GARFIELD HIGH SCHOOL, PLAYED IN CLUBS ALL OVER THE CENTRAL AREA, AND IN 1969 WENT ON TO JOIN THE FIRST COHORT OF BLACK JAZZ STUDENTS ALLOWED ADMISSION TO THE NEW ENGLAND CONSERVATORY. HE RETURNED TO SEATTLE 15 YEARS AGO TO CARE FOR HIS AGING MOTHER WHO STILL LIVES IN HIS CHILDHOOD HOME. HE TEACHES JAZZ AT BALLARD HIGH SCHOOL. HE SHOPS AT THE RED APPLE EVERY DAY.

“That store is community, you know it, because it’s just like going to school. You see everybody there that you basically know. I’m there almost every day so they pretty much know me and they knew my father, too.” 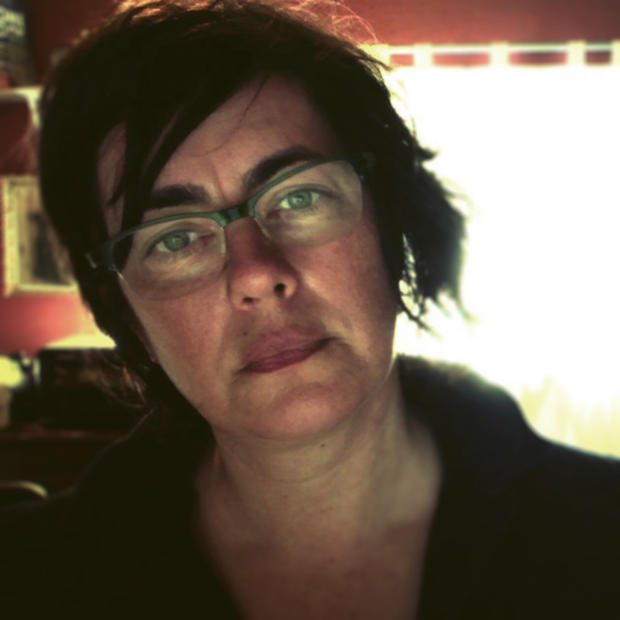 Jill Freidberg is a documentary filmmaker, oral historian, radio producer, and youth media educator. She makes work based on the belief that responsible, powerful storytelling builds understanding and solidarity across borders and across the street. Since 1996, she has edited and/or directed five award-winning feature-length documentaries, three national PBS series, countless documentary shorts, and several oral history projects. She also teaches documentary film, oral history, and audio storytelling at the University of Washington Bothell.