A fresh congressional choice on an anxious night 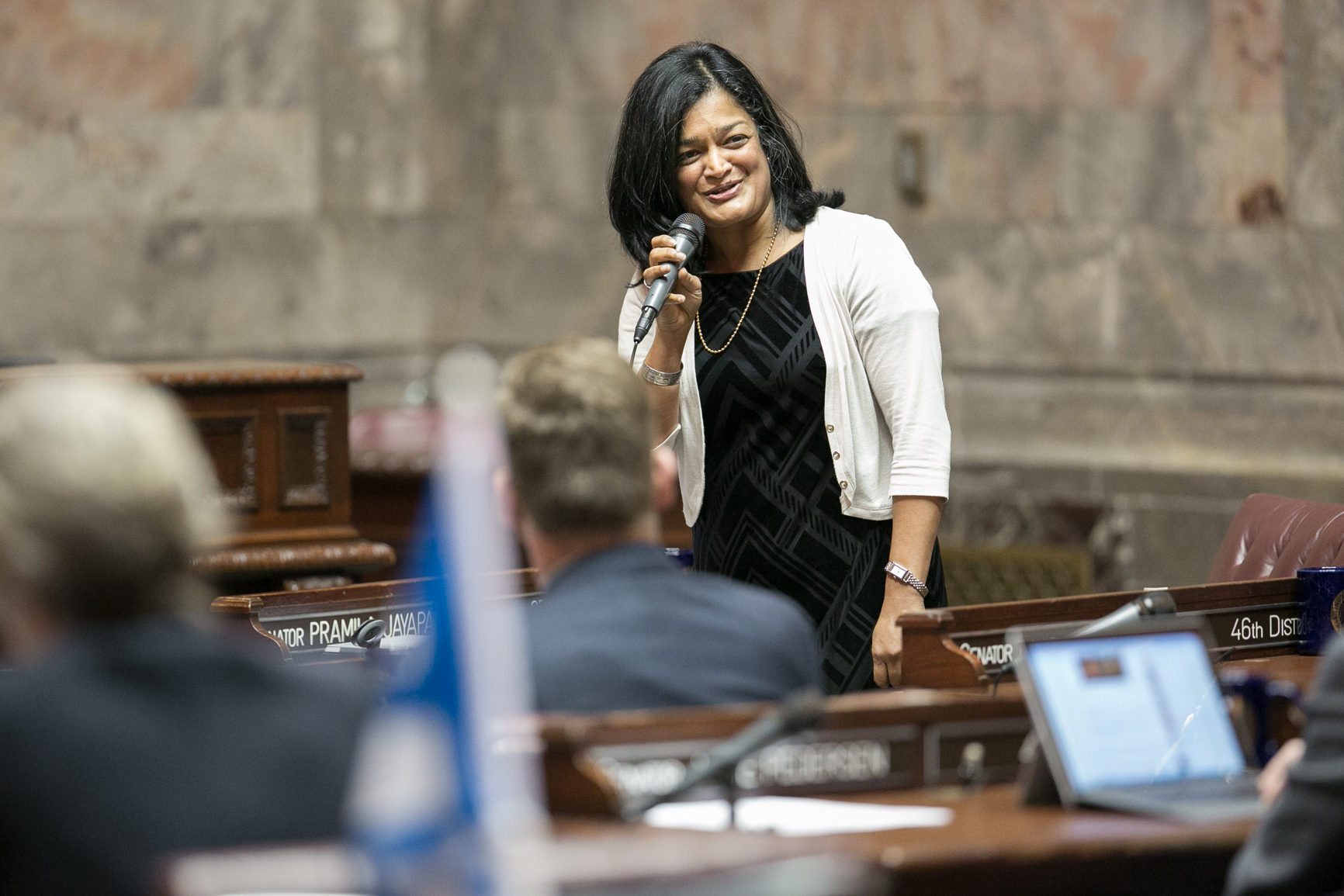 After a tough-fought campaign between two progressives with few big policy differences, voters of the greater Seattle area appear to have anointed Pramila Jayapal as the next U.S. representative from the 7th Congressional District.

Although Walkinshaw did not concede Tuesday night, he acknowledged that the 33,000 votes separating the two was “a big gap,” and thanked his supporters as if he’d accepted defeat.

Beneath the shadow of a likely Donald Trump presidency, though, any excitement around the race seemed to pale. At the Jayapal party on Capitol Hill, the energy of a packed room with a marching band and a mass of cotton candy-colored "Pramila for Congress" signs deflated as the national results rolled in. “This is so crazy. So, so, so, so, so crazy,” one Jayapal supporter said.

On the other side of Capitol Hill, even Walkinshaw’s mind was elsewhere in the minutes before King County released early results. His eyes were trained on CNN, watching the billionaire business person pull ahead of Hillary Clinton. “I honestly feel like our race is secondary,” he said, a stunning pronouncement from someone who campaigned for the job for a year.

In the corners of Canterbury Ales and Eats, Walkinshaw’s supporters also focused on the presidential race. “I’m much less worried about Washington politics,” said Shirlee Grund.

When the county results did come out and Jayapal was comfortably ahead, she found energy and appeared on stage, beaming. The state senator hailed what she called a “mighty progressive movement” that elevated her historic campaign to victory.

“We are making history by electing the first woman in the 7th Congressional District, the first person of color in the Washington Democratic delegation,” and, she added, “the first South Asian-American woman!”

Then she gave a grim nod to the national election. “If our worst fears are realized, we will need to be on the defense starting tomorrow,” she said.

"And we will need to fight not just to our progressive ideals, but to stop a disastrous rollback of mainstream progress in this country."

She went on: “This is not the fight I would have chosen. But I will fight it.”

Walkinshaw was subdued. Suddenly, it seemed, the divisions between him and his opponent seemed very small. He emphasized the need for progressives to work together. “My thoughts are on the fact that we may be waking up to a different country,” he said.

Jayapal will replace long-serving Democrat Jim McDermott, who announced his retirement in January after three decades as a representative of Washington’s 7th Congressional District. McDermott’s career in Congress reflected a faithful commitment to left-leaning values; he supported a single-payer health care system and denounced, early on, the war in Iraq. His bow out of national politics presented a rare opportunity for progressive politico hopefuls in Seattle.

While Jayapal will join a House of Representatives still controlled by Republicans, the win last night contributes to a trend that has seen more women and minorities serving in the lower chamber’s Democratic caucus. And with her election, Washington will send a delegation to Washington, D.C. that is half women.