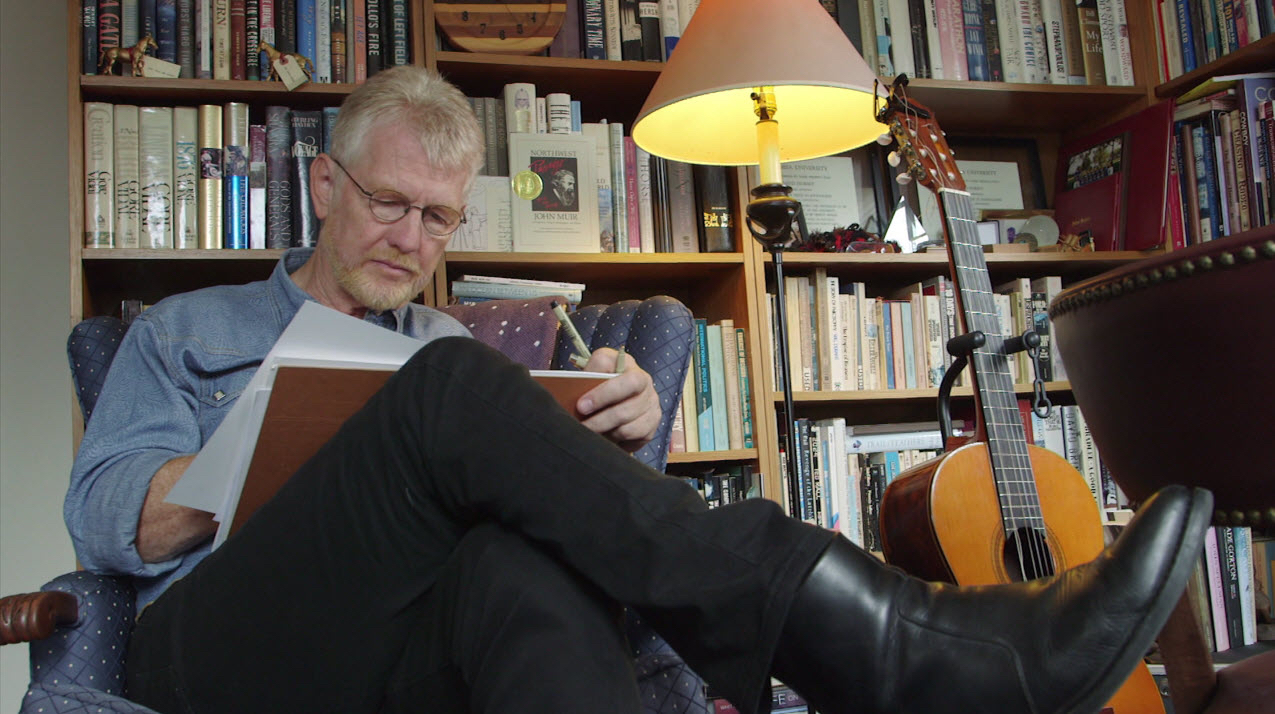 David Horsey has been covering presidential politics since 1980, but he has never experienced anything like this campaign.

“This is the weirdest, wildest one I’ve ever seen,” he says.

Horsey — a Seattle native and University of Washington alumnus — is a two-time Pulitzer Prize-winning editorial cartoonist. For him, 2016 “has been a gold mine of a year.”

And how could it not be? Donald Trump, Hillary Clinton, Bernie Sanders, Ted Cruz and all of the other presidential wannabes have given him more material than he can handle.

“I’ll start a cartoon and something else comes up. It’s like things are kind of old news before I even get them done.”

Horsey says that in the past, he felt like he was observing the political scene, then reinterpreting and exaggerating upon it to make it a cartoon. But recently, things have changed.

“I feel like I’m just illustrating. It’s already so cartoonish,” he explains.

Horsey says it’s been nonstop since the first Republican presidential debate, when Megyn Kelly clashed with Donald Trump during the Fox News GOP debate for bad-mouthing women. The exchange set the stage for Trump and his no-holds-barred campaign style that overwhelmed the Republican establishment.

It seemed absurd, says Horsey, that Trump would win the Republican nomination. He didn’t think Bernie Sanders would give Hillary Clinton a big challenge either. But he — like many other political journalists — was wrong.

“The up-swell of anger and disgust with the way things are that was evident both with the people attracted to Trump and those attracted to Bernie Sanders was really unanticipated.  In some ways this is all a good thing because our political ― our governmental system ― is clogged up like a bad sewer. And something needs to change.”

David Horsey has seen plenty of change in our nation’s political discourse during his nearly four decades as an editorial cartoonist. Horsey made his mark with the Seattle Post-Intelligencer, where he worked for 35 years and was honored with two Pulitzer Prizes for his editorial cartooning. Interestingly, his first Pulitzer was for his coverage of then-President Bill Clinton during the Monica Lewinsky scandal.

In 2011, Horsey joined the Los Angeles Times, taking over its “Top of Ticket” column that features his editorial cartoons and political commentary. He has generated a considerable online following.

“It is journalism crystallized into humorous, biting commentary,” says David Domke, chair of the University of Washington Communication Department, of which Horsey is an alumnus.

“He seems to be able to observe a set of circumstances, listen to candidates, listen to the public and then to identify the piece that is the salient element of it.”

For Horsey, it’s all about finding focus.

“The leap you have to take with a cartoon is that you figure out what you want to say and then it is a process of figuring out how to express that in an image. You know, to parry away all the details and the complexity and just get down to the essence. That is, by far, the hardest part of the job.”

This strange, unpredictable presidential election year leaves Horsey wondering what will happen next, especially with Donald Trump in the race.

“There’s kind of an unhinged quality to it because of Trump, because you never know what he’s going to do or say.”

Horsey thinks Hillary Clinton will win, but he still can’t count out Donald Trump. After all, he managed to make it this far. Still, this much is certain: no matter who wins, David Horsey will have a gold mine of material over the next four years.