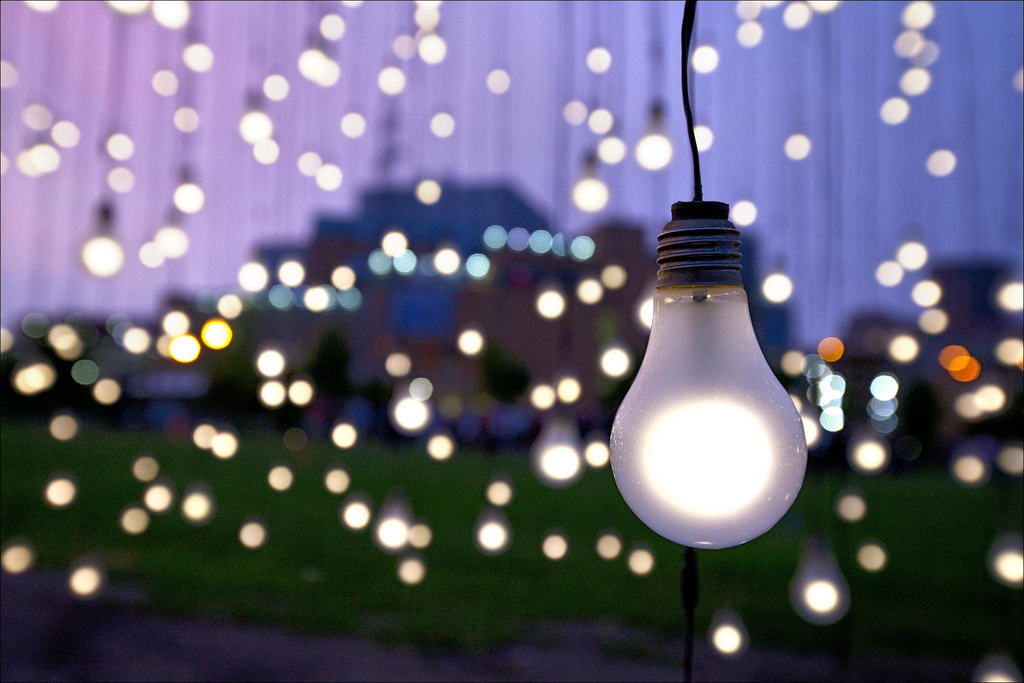 Our city politics might have a nasty streak, and our national political scene feels very, well, un-Seattle, to say the least. But Trump or no Trump, Seattle continues to generate good civic ideas for its own improvement — and sometimes other peoples’. Here’s a shortlist of some of last year’s best ideas that we can build on in 2017:

When word hit the streets that Seattle's largest NPR affiliate, KUOW, was buying out its main competitor in the region, it caught the public by surprise. The merger of the two public radio stations would have eliminated KPLU and boosted KUOW’s market reach — and given it an effective monopoly. Outrage ensued, and the station’s staff and fans rallied. First they got the right to match the buyout offer of some $7 million, which they had to raise from scratch. In the ultimate Judy Garland-Mickey Rooney movie underdog move, they went to work and, astoundingly, succeeded with time to spare.

Anyone in public media knows how big a deal it is to raise $7 million, and the kind of audience love that represents. In doing so they saved their independence, kept their talented newsroom going, and kept public radio programming more diverse. The station is now KNKX. Perhaps we can repeat the trick with another nonprofit newsroom, the Seattle Globalist, which recently learned that it is losing its funding from the University of Washington.

2. Putting KeyArena back in play

The city is calling for proposals for expanding the city-owned KeyArena at Seattle Center, potentially as a NBA/NHL venue. A consultant’s report saying it is viable, and interest from major arena developers, have given the city some encouragement that the former home of the Sonics could be renovated to meet NBA standards.

Whatever the outcome, putting the arena back in play has already improved options for taxpayers and sport fans. Talk of an upgrade seemed to rejuvenate developer Chris Hansen’s group’s plans for a new arena in SoDo, which met opposition from the Port of Seattle, and stalled out when the city council refused to grant a needed street vacation. But since the city began talking about reviving KeyArena, the SoDo group has worked up a better proposal that requires no lending of credit from the city and makes the street vacation conditional on getting a major sports franchise. Seahawks quarterback Russell Wilson has joined as an investor and frontman. Perhaps we can have our cake and eat it, too.

Ever since the King Street Station's fabulous renovation a few years ago, the city has been trying to find a great use for the building’s second floor. Now, the nonprofit MarketShare has proposed transforming the it into “a permanent international street food market that incubates micro restaurant startups run by low-income immigrant and refugee entrepreneurs.”

The King Street Market would create a culinary hub at a major transit hub. It’s the brainchild of Philip Deng and modeled on street food markets in Asia. It would be a low-cost startup space for immigrants and offer foods not currently available in Seattle’s restaurant scene, where the cost of entry can be prohibitive. It’s the perfect idea for a sanctuary city that marches on its stomach.

Many Seattleites have been alarmed at the rate that classic, long-time businesses, from dive bars and diners to clubs and small retail shops, have been disappearing from the city. There have been a variety of responses, including Shelflife, where artists are responding the gentrification, and Ghosts of Seattle, which has been hosting events and gathering stories about what has been, and is being, lost. Ghosts has sought to identify places that matter — things that go beyond historic landmarks, but are part of the cultural life and landscape of the city past and present. They’re publishing an anthology, “Ghosts of Seattle Past,” due in April from Chin Music Press.

City Council member Lisa Herbold stepped up with a proposal to explore creating a Legacy Business program that could register and support qualifying historic small businesses — the kinds of places where you say, “Yes, this is why I live here.” San Francisco has such a program. Done right, it could be great for our older, homegrown, independent small businesses, for heritage, and for the cultural life of the city.

Sea-Tac and Seattle have led the way on $15-an-hour. This year, we saw data showing that the minimum wage increases we instituted were working, and that none of the disaster scenarios that critics envisioned have occurred. The UW’s Evans School of Public Policy did a study that indicated the new minimum wage — gradually phased in — is helping employees improve their lives. Prices have not skyrocketed, and major layoffs have not happened. The city’s economy continues to boom. If nothing else, 2016 showed us it was largely working as envisioned.

Building on that success, there were five state minimum wage ballot measures in the U.S. Four of the five passed: in Washington, Maine, Arizona and Colorado. Voters in South Dakota, meanwhile, voted down a law that would have decreased the minimum there for younger workers. In a forthcoming book, Seattle labor activist Jonathan Rosenblum lays out the behind-the-scenes story of the successful Sea-Tac $15 campaign and uses that as a template for how to expand and reform the labor movement. Look for that this spring from Beacon Press.

A recent headline saying that the bones of the Ancient One, the 9,000-year-old Kennewick Man, were to be returned to the tribes for burial elicited a comment from a friend: “Didn’t that already happen?” No, but it should have. The bones were subject of a protected legal battle after their discovery in the Tri-Cities area in 1996 and have been kept in storage at Seattle’s Burke Museum. Researchers have finished with them, and a DNA connection between the remains and at least one Northwest tribe has been firmly established. The Army Corps of Engineers has been slow to repatriate them, fearing another legal tangle.

Now Congress, led by Sen. Patty Murray, has intervened and passed a law ordering the remains be returned so K-Man can be laid to rest. The bill gives the Washington State Department of Archaeology and Historic Preservation the task of repatriation. K-Man can return home at last.

In January of 2016, the doors opened to a private library, Folio: The Seattle Athenaeum, the first launched since the late 19th century. Founder David Brewster has started a such enterprises, among them Seattle Weekly, Town Hall Seattle and Crosscut (Seattle Magazine recently dubbed him the city’s “uber influential,” and they were not talking about driving services) wanted to create a new space devoted to the life of the civic mind. Donors have provided thousands of books; the library is located in beautiful College Gothic rooms at the downtown YMCA, and the lending library is a venue for talks, concerts, book clubs and features space for working writers.

The idea of private libraries is antique, dating back to Benjamin Franklin, but the concept is that civic institutions can thrive if people pool their private (and intellectual) resources. The Athenaeum is still in its startup phase, but we’re a city that can never have enough spaces and variations for book lovers.

The city is gearing up for a major overhaul of Seattle Center. Yes, you’ve heard that before, and we’ve been tinkering with the Center since 1962. Some want a park, some want Tivoli Gardens. Others envision more urban uses, including workforce housing (an option considered in the AECOM report to the Seattle city council in 2015).

Making a change may require a change in Center governance. Plans and funding for Center redevelopment and refurbishment have been kicked down the road many times, but the possibilities are inspiring: One suggestion is making a deal with the Seattle School District to re-develop the Memorial Stadium site as a high school. Another idea being floated: turning the Center into a hub for nonprofit media. This one doesn't take a huge leap of the imagination: Cascade Public Media, the parent organization of KCTS 9 public television and Crosscut, and KEXP are already there.

Disclosures: The author is a member and donor of books to Folio: The Seattle Athenaeum and has participated in literary events there. He has been a regular commentator on KUOW and is consulting historian to the Space Needle at Seattle Center.