Artists ponder how to avoid Seattle's own 'Ghost Ship' 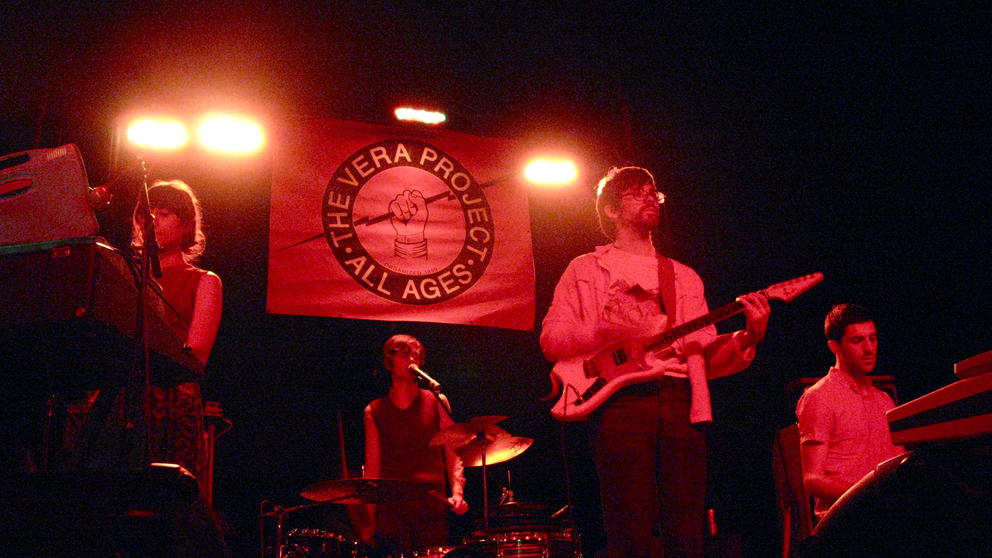 In the aftermath of the tragic “Ghost Ship” fire, which swept through a warehouse-turned-underground-arts-space in Oakland, California, killing 36 people, Seattle’s arts community is wondering if that could happen here. After all, many blame Oakland’s fierce rental market for forcing artists out of legal spaces and into illegal ones. It's a narrative that could easily transpose to Seattle.

It's a tricky situation: Emptying any and all suspect arts spaces could further drain the city artists. If artists are not allowed to exist in the fringes, then where do they go?

Like all issues that touch on growth and affordability, it’s complicated. “As I look through this, I’m a bit overwhelmed at how complex resolving this could be,” said Councilmember Mike O’Brien Tuesday morning. While he does not want anyone dying on his watch, he said, he also doesn’t want the “pendulum to swing the other way” toward a wholesale shutdown of what some members of the panel called the "DIY community."

The arts representatives first delivered their recommendations to Mayor Ed Murray before Christmas. The Oakland fire broke out Dec. 2. Publicola first reported on the letter Monday and Murray’s response Tuesday.

The solution was framed, interestingly, in the same terms as harm reduction strategies for drug use. When it comes to heroin or cocaine consumption, many argue that hard prohibition does not stop the drugs’ use, but simply makes them more dangerous by driving people into unsafe situations. Similarly, the arts representatives were worried that overly restrictive compliance requirements would prevent people from reporting safety issues for fear the entire space would be shut down.

Vivian Phillips, who chairs the Seattle Arts Commission and helps lead the Central Area Arts and Cultural District, said that the arts representatives want to “to create an environment where information surrounding compliance is readily available.”

Tim Lennon, executive director of the Vera Project music venue, suggested a model similar to King County’s Law Enforcement Assisted Diversion (LEAD) program. In LEAD, officers offer low-level offenders diversion opportunities — to a case worker, for example — at the point of arrest. Lennon said he could imagine a scenario in which the city “diverts DIY organizers toward resources instead of shutting them down.”

Execution could be tricky, but the arts representatives offered a few ideas.

Most intriguing, perhaps, would be a change in how the Seattle Fire Marshal’s Office (SFMO) addresses compliance issues. “Currently, the SFMO can only advise venues to meet full code compliance,” reads the letter. Instead, the authors suggest that work toward compliance could be “incremental,” offering marshals a way to make spaces safer without evicting everyone immediately.

The Seattle Fire Department did not immediately respond to requests to clarify protocols surrounding code compliance.

Additionally, the representatives suggested some sort of grading system for the safety of a building — similar to the food safety grades that restaurants in New York are required to post on windows. They also pitched a one-stop shop where artists can acquire all the permitting necessary to put on a special event, and asked for funding and grant opportunities to bring buildings up to code.

On drug-use harm reduction, most of City Hall has accepted the idea that it’s better to make people safer before making people legal. But in some ways, building safety is even riskier: If a fire breaks out in a structure that is a known safety threat, and people die, the officials who chose to be flexible could easily be seen to have blood on their hands. In the wake of the Oakland fire, families of the deceased filed a slew of lawsuits against the building's owner and manager, the promotors of the event that was occurring at the time and Oakland and Alameda counties, all of which the families claim knew the building was unsafe.

Councilmember Lisa Herbold, for her part, said that compliance issues “related to life safety are paramount,” suggesting that the council is not likely to look the other way in the face of a real threat. But, she said, if there are other, perhaps less serious compliance issues, the fire department might be given the leeway to allow the continued use of a building.

In his response to the letter, Murray thanked the organizations for pushing the issue forward, and said he would work with them, adding that he would direct relevant departments to review the recommendations.

"It is the duty of the city to ensure the public safety of all of our residents," he wrote. "When we receive ... complaints, the City invests time to educate venue operators and owners to help them become code compliant. We do this cognizant of the fact that we have to achieve public safety while preserving affordable, accessible places for our arts and music communities to congregate. I strongly believe community engagement is one of the best ways we can keep the public safe."