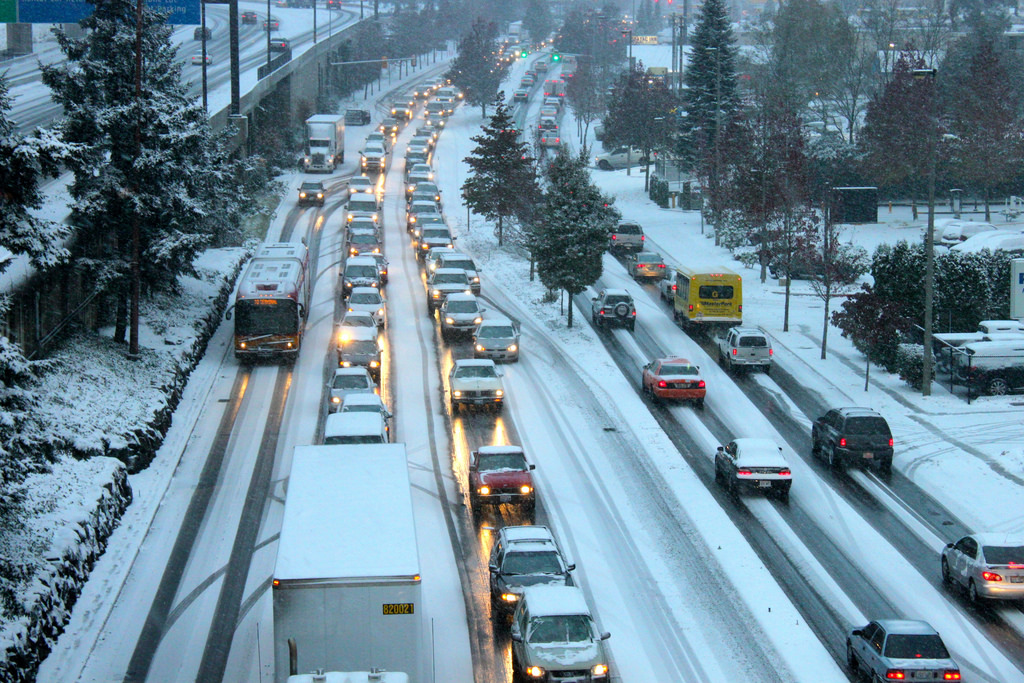 Dreary winter weather, left-leaning politics, a tech-focused economy: These are all things Seattle and Vancouver (the one in B.C.) have in common. Sure, Seattle may have better coffee, and Vancouver definitely has better public transit, but on many other fronts, the two cities are uncannily similar.

Those commonalities have now given birth to a new joint research center that will use data science to analyze and address some of the biggest problems faced by Cascadia’s two biggest cities, including homelessness, traffic, and rising housing costs.

Last week, the University of Washington (UW) and the University of British Columbia (UBC) announced an outcome of that agreement: the Cascadia Urban Analytics Cooperative, funded by a $1 million grant from Microsoft. “Vancouver has a lot more in common with Seattle than we do with Calgary, Montreal, Toronto, anywhere else in our country,” Clark told the New York Times. “We should make the most of those cultural commonalities.”

The idea of the Cascadia Urban Analaytics Cooperative is to share the data that each city collects related to various challenges, fund joint research initiatives between the universities to put that data to use, and hold events to facilitate collaboration between faculty and students alike. “We have an unprecedented opportunity to help our communities make decisions, and as a result improve people’s lives and well-being,” UW President Ana Mari Cauce said in a press release.

The Cooperative will have four main programs. First, the Cascadia Data Science for Social Good Summer Program will bring students from UW and UBC together to work on data-driven projects related to urban research that could have a social benefit. Students who take part are expected to present their work at the second program, the Cascadia Data Science for Social Good Scholar Symposium, the first of which will be held at UW in 2017. Thirdly, it will support ongoing research partnerships between UW and UBC faculty, and fourth, develop software for data management and analysis.

What kinds of projects, exactly, might these partnerships lead to? At UW, the Cooperative will be managed by Urbanalytics, a group led by Associate Professor Bill Howe focused on municipal big data projects. Among other things, they helped bring you the mapping ap that lets you dodge steep hills and construction sites in Seattle and the TechPolicy Lab, which is “developing policy to address the ethics and implications for data sharing at the city scale.”

The lab grew out of a meeting last September, where business and political leaders from both sides of the border gathered in downtown Vancouver for a conference centered on the idea of a grand “Cascadia Innovation Corridor.” Attendees included Gov. Jay Inslee and B.C. Premier Christy Clark, who signed a memorandum of understanding committing to facilitate stronger ties and partnerships, including collaborations in research and education.

Collaborations in the tech world could benefit could also benefit Microsoft and other Seattle area companies, by creating a workaround to tough (and getting tougher) U.S. immigration laws. Last summer Microsoft opened an expanded office in Vancouver that can hold as many as 750 people. Before they began the expansion, the company employed just 300 Vancouverites. Microsoft says part of the new facility will be used to train international employees.

Ultimately, however, the hope is that an "innovation corridor” will enable the two cities combined to compete on an international scale. In the meantime, programs like the Cascadia Urban Analytics Cooperative might mean that we’ll be able to band together to help each other, too. Like hey, Vancouver — we’ll make you a latte if you can build us better bus system.