Patty Murray: I'll vote no to Sessions and resist Trump 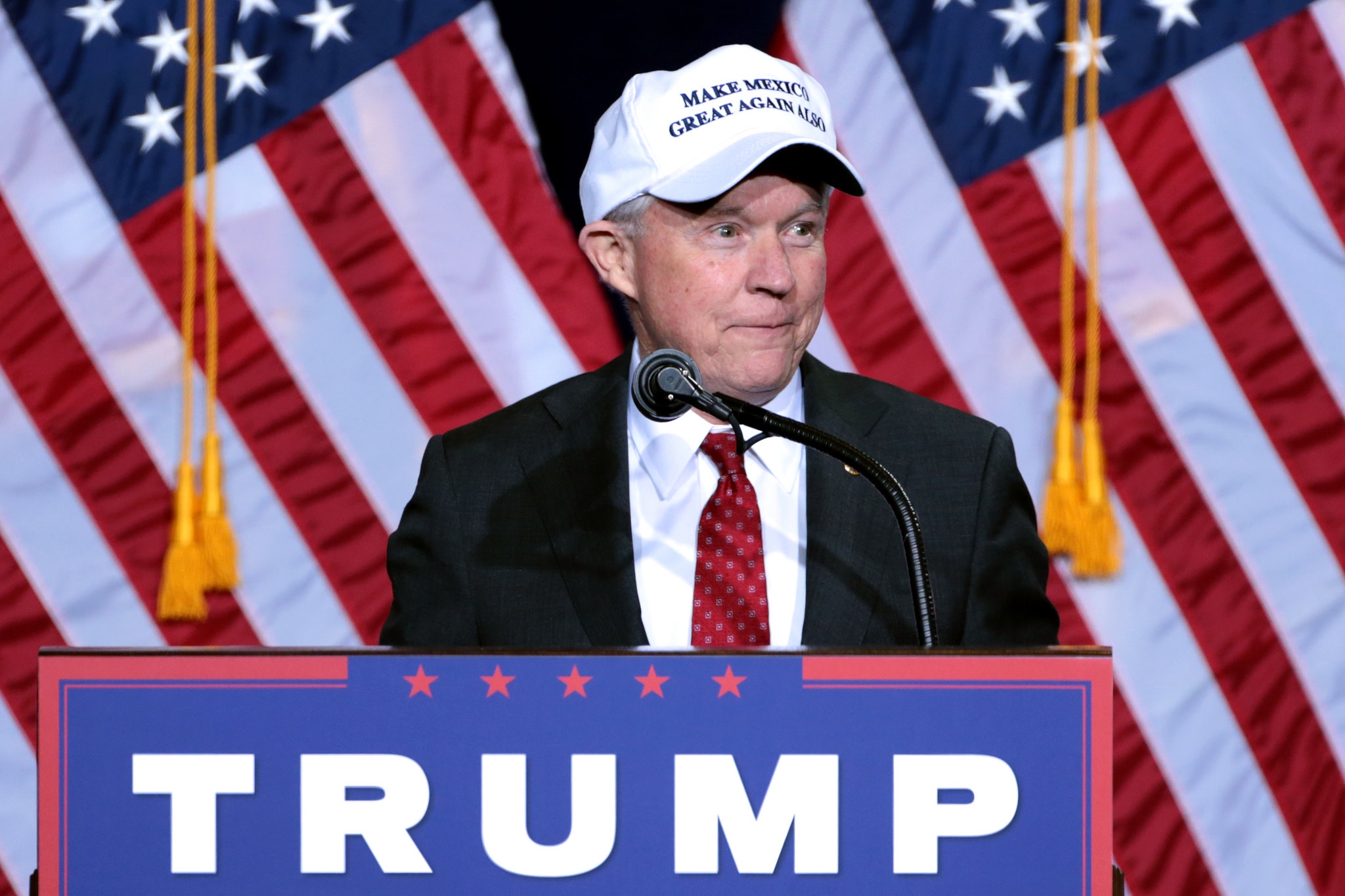 Sen. Jeff Sessions during the 2016 campaign.

The day President Donald Trump announced he had picked Sen. Jeff Sessions to lead the Department of Justice, the phones in my office lit up. People from across Washington state contacted my office to express their shock, outrage and fear.

The calls came from people who help LGBTQ youth experiencing homelessness; groups that have tirelessly advocated for necessary criminal justice reform; families caught in a broken immigration system; civil rights advocates and community leaders who have fought for decades to create a more just society; advocates and non-profits trying to help women escape domestic violence; and so many more.

That was in November. And in the weeks and months since the president made his choice for attorney general known, those concerns haven’t died down. In fact, they’ve only gotten louder and more urgent as the public gets a better look at Sen. Sessions’ long record, what he stands for, and where he wants to take this country. I have received over 14,000 letters and emails, and more than 5,000 phone calls to my offices opposing this nomination.

I share their concerns, and I will oppose Sen. Sessions’ nomination to be attorney general.

Here’s why. The American people need an attorney general who continues to make the fight against racism, discrimination and hate crimes a core part of the Department’s mission — Sen. Sessions is not the right person for that job. More than 30 years ago, he couldn’t even pass muster in a Republican-majority Senate. During his confirmation hearing for a judgeship then, senators cited his racially charged comments and his shameful record on civil rights as a U.S. Attorney as reasons they could not support him.  As my late colleague Sen. Ted Kennedy said at the time, “It is inconceivable to me that a person of this attitude is qualified to be a U.S. attorney, let alone a U.S. federal judge.”

I have served alongside Sen. Sessions for years, and I know his record all too well. And like so many from Washington state who started sounding the alarm in November, I’m deeply concerned by his agenda, which would take our country backward.

As a senator, he dismissed one of our bedrock civil rights laws, the Voting Rights Act, as “intrusive”; refused to work with a bipartisan majority of the Senate on immigration reform; and instead pushed extreme policies that would punish the most vulnerable members of our communities, including Dreamers. On criminal justice reform, he beat back efforts from within his own party to address the exploding rates of incarceration in this country, which fall disproportionately on communities of color.

When I joined so many of my colleagues in the Senate to reauthorize and improve the bipartisan Violence Against Women Act to protect women across this country, Sen. Sessions worked against us to tear it apart. He spent years trying to undermine women’s constitutionally protected reproductive rights. I’ve heard from so many members of the LGTBQ community who are terrified that Sen. Sessions would be tasked with protecting them. His votes against repealing Don’t Ask, Don’t Tell and against expanding hate crime definitions to include LGBTQ Americans confirm those fears.

This alone has to give my colleagues pause. When so many Americans — our friends, our family members, our coworkers — fear that their government will look the other way as they endure violence, discrimination and marginalization just because of who they love and how they live, we must fight back with everything we’ve got. That’s especially true when we have a president who has already shown so much disdain for the Constitution and the rights of all Americans to be treated equally under the law.

It has certainly been disheartening to see some of President Trump’s Cabinet nominees squeak through the Senate. He promised to drain the swamp, but he has been filling his government with millionaires, billionaires and CEOs who so clearly don’t put the middle class first. Like so many people, I was deeply disappointed Tuesday that Betsy DeVos was confirmed as Secretary of Education despite her clear lack of experience, her long record working to privatize and defund public schools, and the serious open questions about her financial entanglements and potential conflicts of interest.

We didn’t win that fight, but nobody should be discouraged from making their voice heard or feel like their voice didn’t matter. Because of the public outrage, rallies and barrage of calls and emails opposing DeVos, two Republican senators switched their vote to stand with Democrats and oppose DeVos’ nomination. For the first time in the Senate’s history, the vice president had to break a 50-50 tie on a Cabinet nominee. Even though the majority of Republicans ignored the pressure from their constituents and jammed this nomination through, it was truly inspiring to see millions of people energized and fighting back.

We might not have won the fight on the education secretary, but I know that millions of people across the country who have been activated and energized by opposition to this nomination do not consider this to be the end of the story. People wrote letters, called offices, posted on social media, and showed up to protest this nomination — many of whom had never done anything like that before. I am going to keep up the fight by your side — against Jeff Sessions, against unconstitutional executive orders, and against President Trump’s policies that threaten the fundamental rights and freedoms that our Constitution grants us. Don’t give up, because we’re just getting started.