Portland erupted over body cam issue. Seattle, not so much. 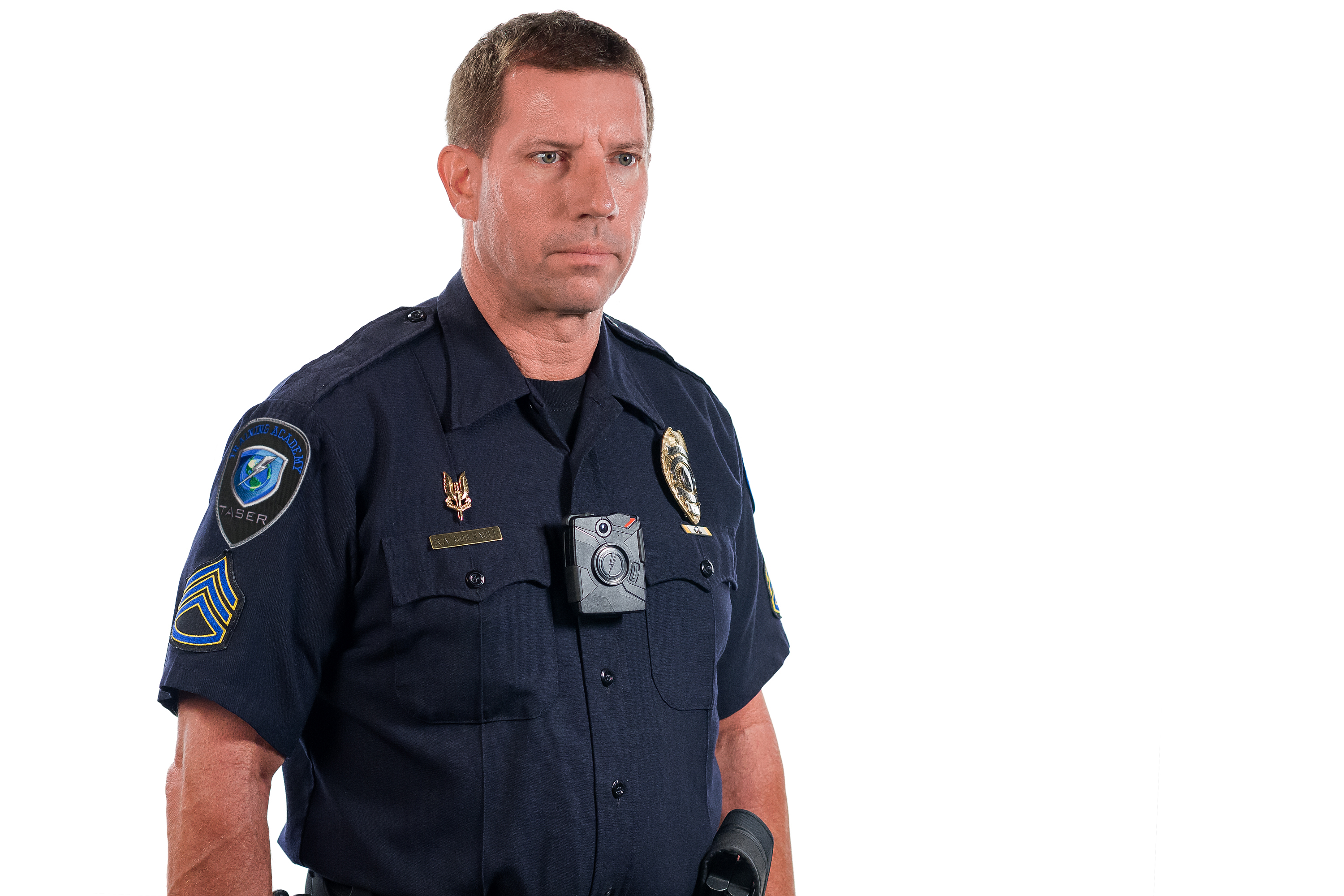 An officer models a body camera.

When former Portland Mayor Charlie Hales pushed forward a police union contract last October, protestors shut down City Hall and two people were arrested. The protestors had several complaints, but chief among them was a policy that allowed officers to review their body camera footage before writing a report — the fear being officers could warp their accounts to the footage, either to avoid getting caught in a lie or concoct justification.

The scene Wednesday in Seattle City Hall was a good deal quieter, although Seattle’s proposed policy regulating body cameras also allows officers to review footage before writing reports in all cases except for high level uses of force. When the Seattle City Council’s Gender Equity, Safe Communities & New Americans Committee voted 4-0 to go ahead with a long-awaited release of funding for full deployment of the cameras, there were only quiet groans from the two citizen advocates sitting in the audience.

In its decision to free the funding necessary for cameras, Councilmembers Sally Bagshaw, Tim Burgess, Bruce Harrell and Lorena González showed a certain level of satisfaction with the draft camera policy, authored by the Seattle Police Department, and the city's community outreach done as it was being drafted. While several council members acknowledged outstanding concerns, the consensus was it was better to move forward and adjust than to wait.

The concerns with the current draft policy from some of the most involved people and organizations in police reform — the auditor of the Office of Professional Accountability, the Community Police Commission, the ACLU, the Public Defenders Association, Mothers for Police Accountability, among others — do not end at the provision to allow officers to review footage. In fact, they go well beyond that, including angst about whom officers may record, the extent of officer decision-making about turning the cameras on and off, clarity surrounding public disclosure laws, and whether the process is built to accommodate sustained community involvement.

And, with Donald Trump in the White House and fears of Immigration and Customs Enforcement (ICE) at an all-time high, longstanding concerns about federal data sharing have also taken a turn for the urgent.

These worries are not new. The Community Police Commission and the independent auditor of the department’s disciplinary arm, the Office of Professional Accountability, in particular have explicitly advocated for changes for years. But at the conclusion of Wednesday’s meeting, the unease was not resolved and Lisa Daugaard, director of the Public Defenders Association and Harriet Walden, director of Mothers for Police Accountability were left shaking their heads.

Although the city and SPD launched a pilot program for body cameras in early 2015, their full deployment took a turn for the inevitable when the monitor overseeing SPD’s federal reforms recommended they be used. Buoyed by the recommendation as well as survey results (conducted by the monitor’s team) that showed widespread support for the cameras among Seattleites, Mayor Ed Murray and Council President Bruce Harrell plowed forward with their implementation, despite concerns about their regulation.

Regardless, skepticism persisted, chiefly among the Community Police Commission and the ACLU. It was enough to convince Councilmember González to impose a hold on city funds last year until enough community outreach was done and policy concerns were resolved. It was a win for the advocacy groups and commenced a months long period of policy proposals.

The council did allow for a first wave of cameras to go out on bike officers downtown, but kept workshopping the policy in the meantime.

As was abundantly clear Wednesday, getting the policy right is a complicated balancing act of personal privacy, police accountability and the footage’s usefulness as evidence. On one end of the spectrum, the ACLU wants the cameras to be on at all times, removing officer discretion of when to turn them on or off. Then, all the footage would be sealed to protect privacy, only to be disclosed in cases of officer misconduct.

That, however, would require changes to the state public records act and has been fought by police groups.

The current proposed policy puts the responsibility of turning the camera on or off to the officers. The idea is, rather than dealing with privacy questions on the disclosure side, they deal with them on the recording side.

The complexity of getting the policy right is well acknowledged by even the cameras’ staunchest advocates. But those same proponents are convinced enough of the cameras’ benefits that no concern is enough to derail the efforts. Councilmember Harrell, in particular, has been consistent in his support for moving forward with the cameras. In the past, he has blamed any stalling on groups who he believes will be opposed to body cameras in any form, something those groups deny.

Not every concern of the community group was discussed, but of those that were, Harrell had an answer. On privacy, he suggested the questions are really the same as police notes, photography and dash cameras, but in a different form. He also suggested it was unreasonable to be worried about maintaining privacy as many private businesses and citizens have either de facto or explicit surveillance. “I think we’re being naïve about what’s out there now,” he said. “Between Facebook, Instagram, Snapchat, it’s all over. With technology, the expectation of privacy should be greatly diminished,” adding that the conversation may have made more sense “eight or nine years ago.”

SPD Chief Operating Officer Brian Maxey was more willing to acknowledge some of those worries — particularly regarding involuntary filming of innocent bystanders — but said allowing the officers to turn the cameras on and off would minimize risk of exposure.

In a letter sent to Councilmember Gonzalez Wednesday morning responding to concerns from the ACLU, Maxey wrote, “To be clear, it is impossible to address every community and concern in policy and SPD has done its best to be responsive to significant concerns on all sides.” He went on to lambast the ACLU for "disingenuous” complaints, calling the outreach “robust,” portraying officer discretion as “not nearly as nefarious” as the ACLU might think and suggesting that fears of federal data collection are overblown. While he acknowledged the federal government could make public disclosure requests like any third party, he contended that it's unlikely the federal government will go through massive amounts of video "to randomly search for images of undocumented people (which is not supported by current technology)."

Although frustrated with the policy of SPD, Daugaard gave the department credit for sitting down and listening. It’s the policymakers with whom she and Harriett Walden with Mothers for Police Accountability were most frustrated after the meeting. “Of all of the people who have talked about this, not a single organization disagreed that victim and suspect statements should not be recorded," Daugaard said. "Just using that as an example, the policy in SPD did not accept that change."

In a reference to elected officials, Daugaard added, "But the fact that policymakers don’t care that the department policy is ignoring that input, that is why people have largely given up on this issue. There’s no point in engaging if no one’s going to listen to you and it’s not going to change the outcome.”

The full council will consider whether to release the funds next Monday. If approved, the SPD hopes to have all officers equipped with the cameras by the end of 2017.