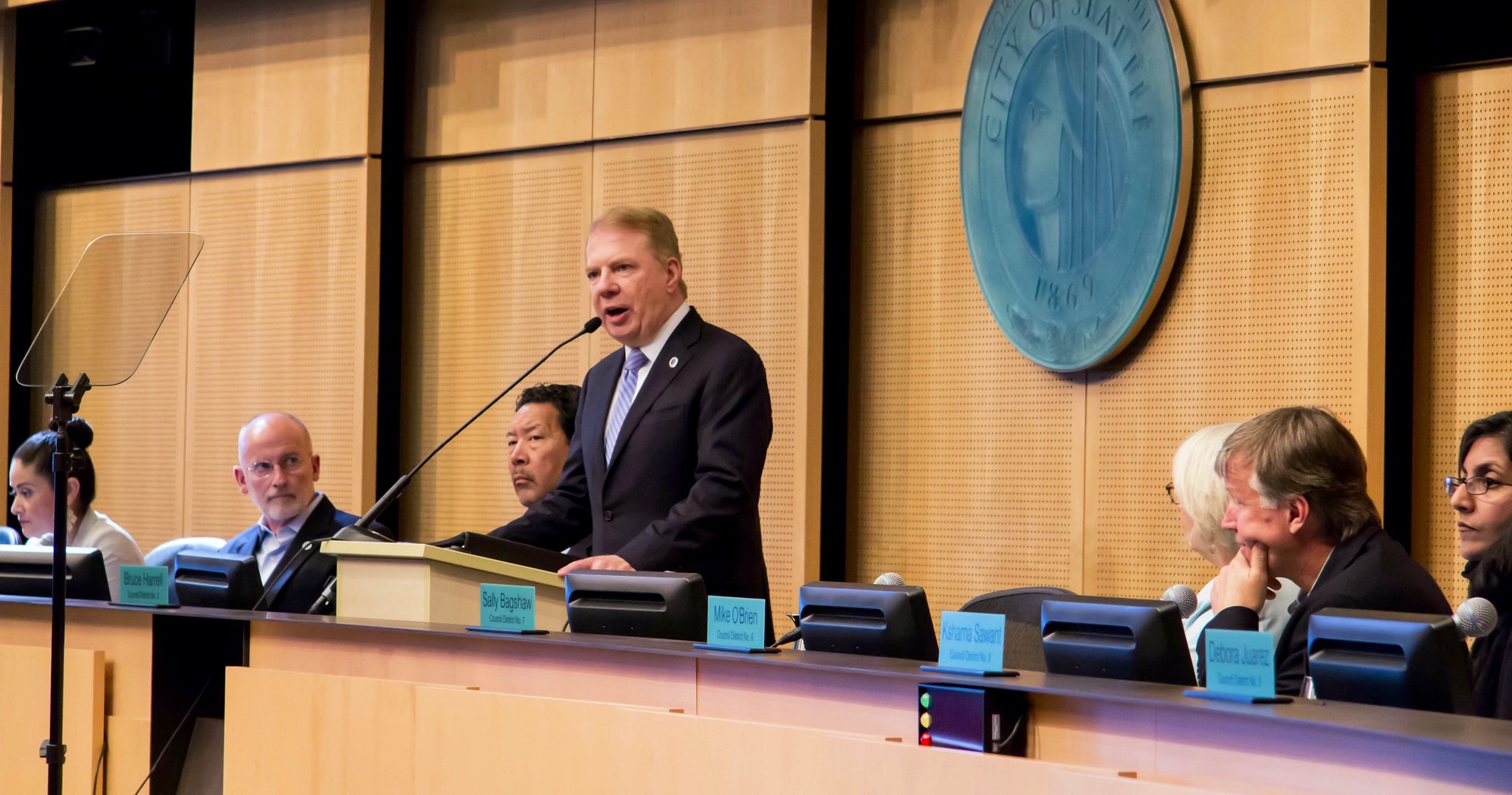 When Mayor Ed Murray gave his annual State of the City address last month, he demanded the Trump administration provide a proper definition of a “sanctuary city.” If Trump wished to make good on threats to punish such cities, he ought to be able to define who was in compliance with federal standards and who was not, Seattle officials figured.

Murray and City Attorney Pete Holmes gave the federal government 20 days to respond. If it failed, the city would sue for violating open records laws.

But now that the 20 days are up, the city is not suing, at least not yet.

Part of the reason may be that the federal government has asked for more time. But there’s likely another reason as well: the city could be holding its gunpowder for a broader fight against the Trump administration’s attack on sanctuary cities. Where the initial lawsuit was going to be a fight over public records, a different and broader lawsuit might challenge Trump’s resolve to punish sanctuary cities at all. Murray’s words could prove more than just a PR stunt; a court battle against Trump would have real implications for other sanctuary cities across the country.

Generally, the term “sanctuary city” refers to a local jurisdiction that refuses to aid the federal government in tracking down undocumented immigrants. Trump has threatened to pull funding from these cities, putting as much as $85 million in federal funding at risk in Seattle.

Just this week, King County made the Department of Homeland Security's name-and-shame list for being a jurisdiction that has refused to help immigration authorities identify undocumented immigrants.

The legal definition of “sanctuary city” is vague, making grounds for punishing these cities equally so. During his State of the City address, Murray said Seattle was filing several Freedom of Information Act requests to the federal government for a detailed definition of a sanctuary city. On that same day, Holmes’ office sent a thirteen-page request to the Department of Homeland Security, the Department of Justice and Immigration and Customs Enforcement.

In addition to seeking more detailed definitions of sanctuary city, the request asked the government to specify what, exactly, Seattle and King County are doing illegally and how that may justify pulling government funding.

“We believe the rule of law is on our side, and we will take legal action if the federal government does not answer our requests in a timely manner,” Murray said on February 21.

That same day, Murray staff members said they didn’t anticipate the administration would meet the 20-day deadline for responding to their information requests, which is required by law. They fully expected legal action would follow, they added.

Although the government has still not provided any substantive records, there has been communication. In records provided to Crosscut by the City Attorney’s office, the Department of Justice classified Seattle’s request as an “unusual circumstance,” which, according to the DOJ, means the 20-day required response time should be extended. The request was further labeled as “complex” which, said the DOJ, means it will “necessarily take longer.”

Although Murray received national headlines for his threats to sue, fights over public records are commonplace and unremarkable with no substantive policy implications. President Barack Obama faced nearly 500 of these suits in 2015 alone.