'I will continue to be mayor,' vows Ed Murray amid accusations 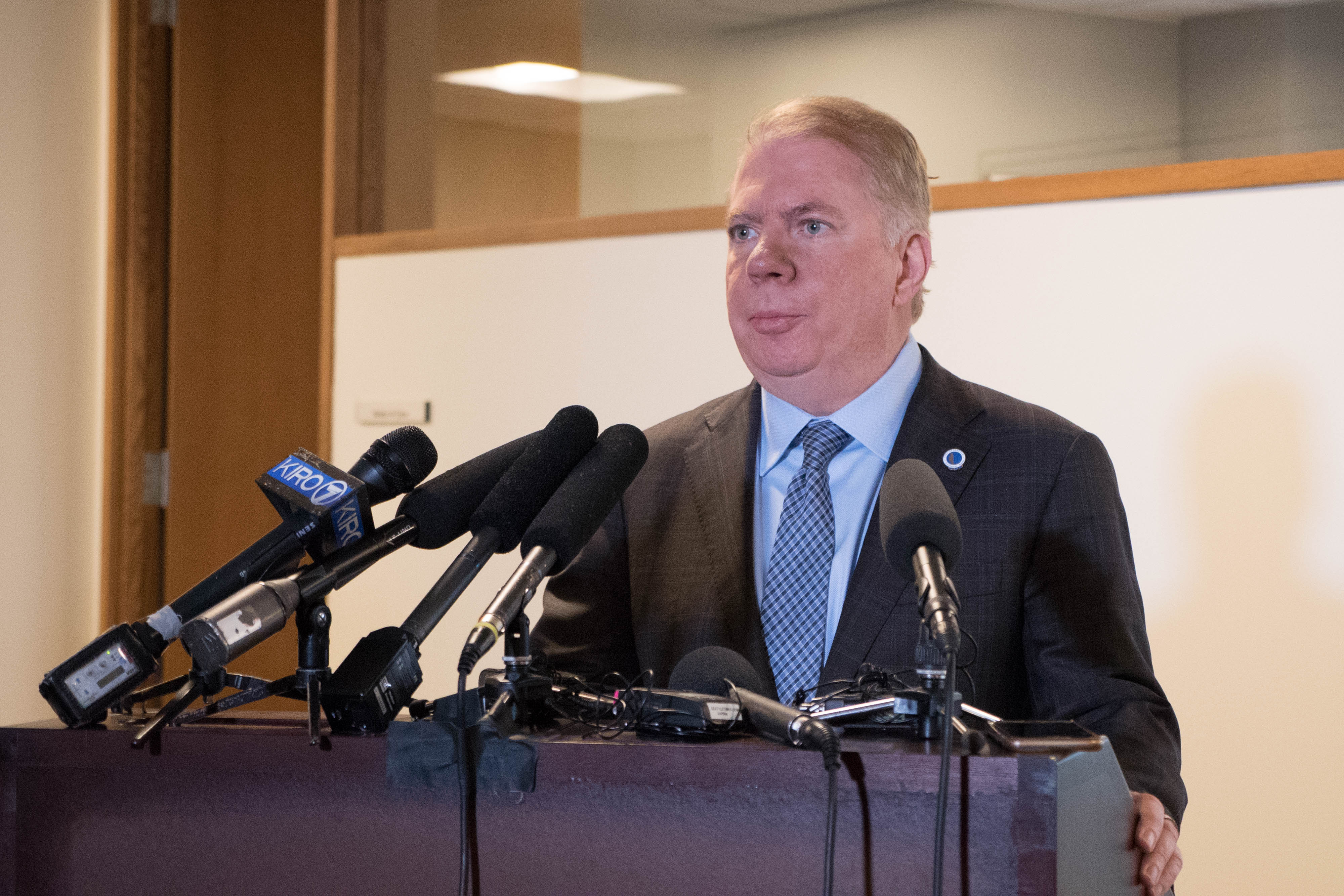 Responding personally to allegations that he had sexually exploited a teenager in the 1980s, Mayor Ed Murray today called the statements untrue and painful. He pledged to continue leading the city and continue his campaign for re-election this fall. (You can watch the full statement here).

In a press conference at his attorney's downtown Seattle legal offices, Murray said, "Let me be clear, these allegations dating to a period of more than 30 years are simply not true."

Murray prefaced that by saying that while he understands the person bringing a lawsuit, identified in legal documents as D.H., is "troubled," the allegations are still painful for him and his husband, city parks official Michael Shiosaki.

"Things have never come easy to me in life," Murray said, "but I have never backed down. And I will not back down now.

He took no questions from reporters, saying that he wanted to but was prevented from doing so by the legal action. As Murray finished his comments, he stepped away from a podium and embraced his husband. The two walked off and the room was silent.

After defeating incumbent Mike McGinn in a close, hard-fought contest for mayor, Murray took office in January 2014. While Murray has been flanked to the left by socialist City Councilmember Kshama Sawant and others, he has received attention in the national media for strong positions as mayor on minimum wage, support for early childhood education and additional affordable housing. Governing, a leading national publication on city and county issues, profiled him in 2015 as “one of America’s most progressive mayors.”

He kicked off his re-election campaign a year ahead of the coming November election, with a mid-October fund-raising event at the Westin Hotel downtown attended by 1,000 people. At the time, he said, "We have made our government not a forum for posturing, but achievement."

Before Thursday’s publication by the Seattle Times of allegations of sexual relations with teens in the 1980s, he was widely regarded as a virtual shoo-in for re-election, although artist, attorney, and anti-racism organizer Nikkita Oliver has been regarded as likely to make a strong run among the most progressive parts of the city’s solid-blue electorate.

It's unclear whether new challengers will enter the race, although a political consulting firm says a prominent woman candidate was close to making a decision to run even before the Times published news of a lawsuit by one person and reports of earlier, unproven complaints by two other people. And there was talk in City Hall today of other potential challengers.

Murray, who often holds City Hall press conferences surrounded by a host of other elected leaders and officials, stood alone as he spoke. There were no immediate statements from City Council members, including ones who have consistently supported him.

Read more: "Stunned by scandal, a city asks: Now what?"