No one ever knew Chris Cornell, but he knew us 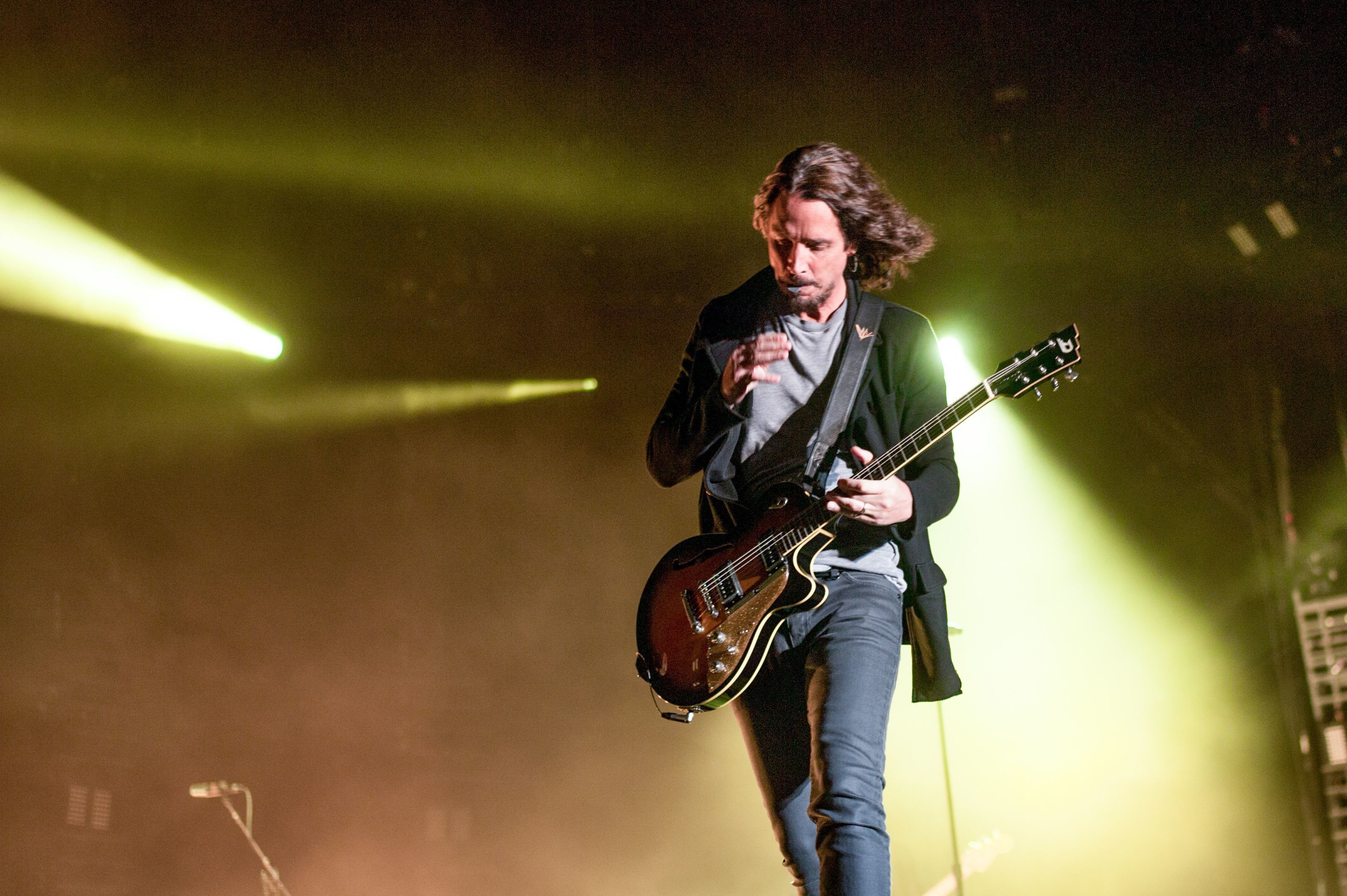 Soundgarden was my first favorite band ever. I know I’m not alone, especially in this city, especially right now. But when I discovered them while transitioning from the awkward spew of adolescence to the melodramatic injustice of young adulthood, it felt bold — even revolutionary. For a kid growing up in the hellish Houston suburbs, they were my talisman of escape.

Nirvana beat the world with its inward implosion of punk and pop; the jocks and preps roared along to Pearl Jam’s Neil-Young-with-a-scowl routine. But this band was both heavier, lighter, and above all stranger. Soundgarden had a penchant for oddball guitar tunings, thundering sludge, and trigonometric time signatures — and maybe these were things that helped make a multimillion-selling band feel somewhat obscure or overlooked.

I met my best friend when we both wore Soundgarden shirts to driver’s ed class, and seeing that, asked to be in the same learner’s jalopy. We later spent countless days and nights decoding Soundgarden’s musical mysteries — him on drums, me on guitar.

But we could never touch That Voice. As a singer/guitarist, Chris Cornell could never be a model. He was too otherworldly. He was more like a LeBron — a beacon of what's possible, someone who's inspiring enough to spin you into your own corners, the ones no one else occupies.

Even people who didn’t get Soundgarden understood that when Chris Cornell opened his mouth, something bigger than life came out. You could technically count the octaves or parse the theory, but that would be like discovering a crashed alien spaceship and spending your time trying to figure out how the warp drive works. I’d rather just believe in the miracle: How he could rumble or hymn or scream or coo, all with deep soul and grit, inhabiting so many different styles and yet always sounding like himself.

Cornell turned on the high beams and it erased the concept of virtuosity.

And yet it came from someone who projected a kind of humility, an antiquated sense that it could be just about the music, man. The Voice existed outside of him; in interviews he seemed almost embarrassed of it.

With a voice like that (and looks like that), it was easy to forget that he was an architect of so much of Soundgarden’s compositional weirdness: This was the guy who wrote the carbon-crusted Beatles pop of “Black Hole Sun” and the apocalypse dirge of “4th of July.”

Music nerds and radio skimmers could unite in the same moment of ecstatic joy: Cornell is the frontman who casually says, “Dance, you fools, to a song in 15/8,” and everyone does. I saw it happen live in Houston when I was 16 with my sister, with a room that seemed a thousand years wide undulating to the ocean-deep cuts I was praying they’d play.

Our conviction that they were the best band ever was annealed by their famously molten live shows.

In most ways I moved on — from Houston, from school, from the music. But because they were first, I never stopped really thinking of Soundgarden as my favorite band. If they came up in conversation, I would always tell people I'd retired their jersey to the rafters. And by the time I made my way to Seattle, the jersey was still hanging. But it didn’t really affect my view of the city, or the reasons I came.

Occasionally, I’d play a venue they played, or see a landmark they wrote a song about, and it was like a wink from my old self, and from Cornell. Sometimes I might attempt a cartoonish high-note squawk in tribute. But that was it. I now lived in a place so formative to one of my musical heroes, but I didn’t feel animated by it.

My best friend from Houston just happens to be visiting me right now, maybe feeling out a move to our city. We heard the news of Chris Cornell’s death together.

I’m glad he's here. We still haven’t talked about it. There’s something too close and hard about this one. Other recent losses like Prince or David Bowie inspired ornate pageants of mourning, because they were everyone’s. Chris Cornell feels like mine.

Soundgarden's songs have aways been dark, almost cartoonishly so. But for some reason, I never really believed it. They seemed to be the band that had it together, that would rather go in for wormhole psychedelic experiments and jokes like naming your record Badmotorfinger than spend time being overwrought or pedantic.

Though his struggles with drugs and isolation are well-documented, Cornell seemed to have a healthy disdain for the overt wheel of self-absorption-destruction that rock ’n roll rock stars go in for. He talked like a short ironist in a rock lion’s body.

But since I’ve moved to Seattle, I’ve gone through a difficult, depressing time in my life, one that reframes all that angst. I think Cornell was trying to puncture into the purple vein where the mundane, nameless mental illnesses live, where syndromes come from navigating a life where you feel hemmed in by your own mistakes, where injustice thickens on the street corners and renders you powerless.

Balms don’t exist for that: The only cure is to reach out to others and lean on them. But that is so hard to do if you turn inward, like maybe Cornell did. Like I certainly did.

“There was about a month where I never left the house. I didn’t go out in public; I didn’t talk to anyone on the phone — I went a little psycho. If I hadn’t been alone so long, I would not have gone as far as I actually went. But one day, I went from wondering what I would look like with a shaved head to ‘That’s pretty cool.’  Then I put my hair in a big envelope and mailed it off to my wife.”

I bought that issue and pored over it for clues into who my hero was. It would take another 20 years for me to understand.

I also understand from that story that he laughed as the bastards ground him down. ‘Can’t handle being the rock star with all the hair? Cut it off and mail it to your wife.’

Maybe he could’ve laughed more. I will certainly try.

My tight clutch of Soundgarden fans has finally started reaching out to each other. We’re not talking yet. Instead, we’re texting all the ways in which Soundgarden lyrics and songs become hilariously over-the-top prognostications. “Like Suicide.” “The Day I Tried To Live.” “Fell On Black Days.” “Pretty Noose.” “Who could’ve seen this coming?,” we tell each other.

I hope Cornell would join us, crack a smile, and realize that he taught us to rage and laugh at life’s cruel jokes.