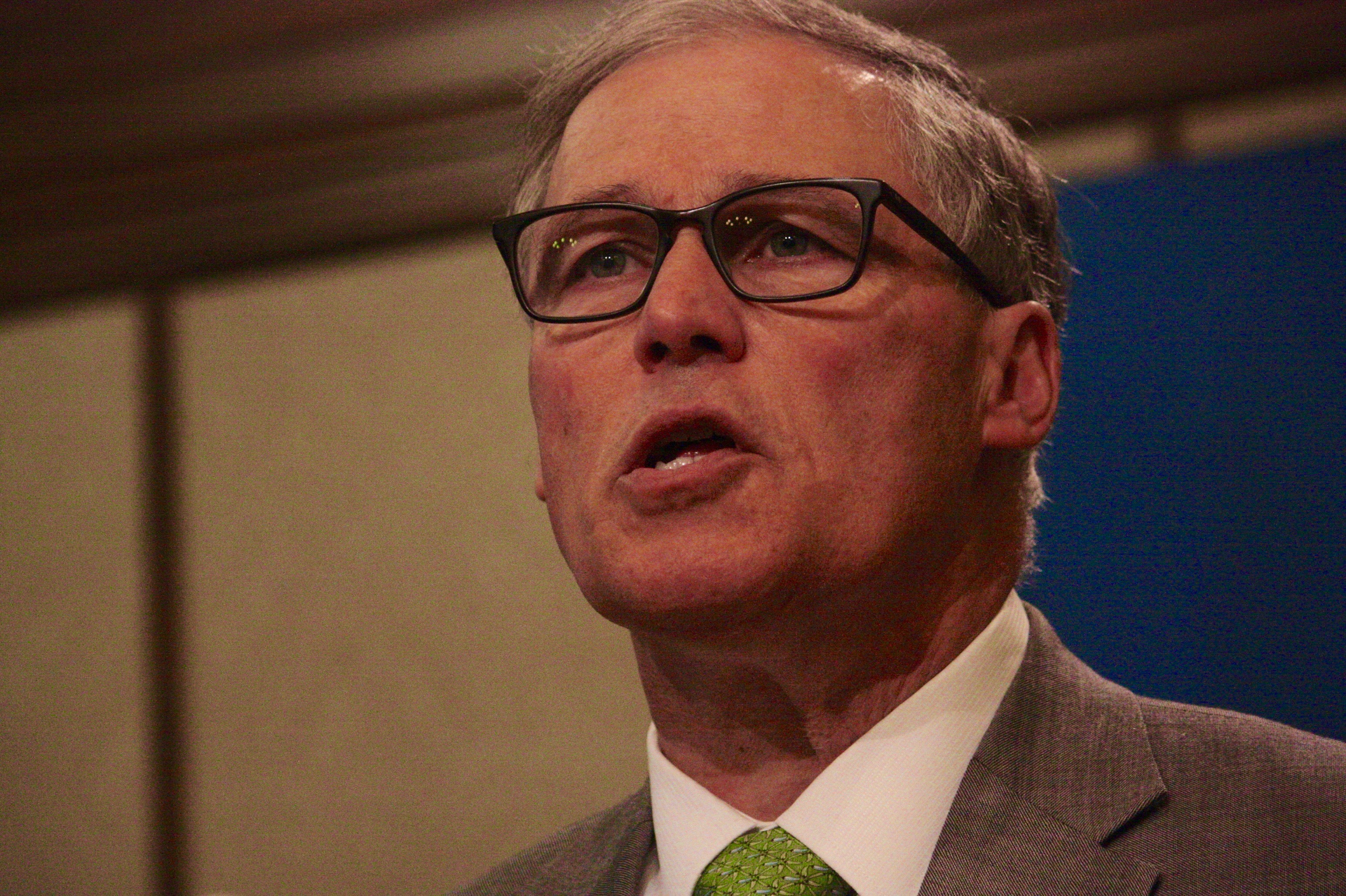 If the Washington Legislature’s sluggish budget talks drag beyond June 30, Gov. Jay Inslee will block any move to use stop-gap legislation to keep the government open in July.

It’s his way of pressuring the two parties to meet a constitutional deadline for a new two-year budget.

In a press conference Monday, Inslee criticized the slow pace of budget negotiations between his fellow Democrats and Republicans in the Legislature. “There has not been what I’d call major moves,” he said. “The pace of their movements has been glacial.”

Inslee does not want to call for a third 30-day special session for the budget talks when the current special session ends June 21. However, the negotiations could go until June 27 or June 28 in order to get a 2017-2019 biennial budget passed by June 30.

Realistically, Inslee would have to approve a third special session for late June if lawmakers aren’t done June 21.

But his threat is meant to prevent the Democrats and Republicans from extending the 2015-2017 budget in its existing form beyond June 30. That would set a potential scenario of numerous extensions which would theoretically give them months and months to continue talks. Now, Inslee is saying that, absent a final agreement, the state government would be partially shut down if the talks go into July, dramatically increasing the pressure on the negotiators.

Lawmakers were supposed to finish their work this year in April, by the end of their 105-day regular session. In both 2013 and 2015, the Legislature also had problems reaching agreement, coming within three days of partial shutdowns.

Inslee’s administration is again ramping up shutdown preparations, as it did in 2013 and 2015. Only the minimal safety-related and vital state functions will be kept open in a partial shutdown situation.

On Monday, Inslee did get the two sides to agree to meet face-to-face daily on the main budget talks, which they haven’t been doing before.

Actually, there are two parallel set of budget talks underway.

The first is on how to take care of the so-called McCleary decision —  a 2012 Washington Supreme Court ruling that the state is not meeting its constitutional obligation to sufficiently fund the state’s schools. This matter has repeatedly deadlocked the Legislature over the past five years, with the Supreme Court fining the Legislature fining it $100,000 a day since missing a 2015 deadline to have the funding problem resolved. These talks have progressed somewhat well in recent months, but are still unresolved, all sides said.

The second set of talks are negotiations for the overall biennial 2017-2019 operating budget, in which progress has been microscopic. The two sides sometimes swap proposals and counter-proposals, said Rep. Kristine Lytton, D-Anacortes and one of the House Democratic budget negotiations. But she said the swapping of proposal has been sporadic with little movement, as Inslee suggested.

“It’s time for us to get into a room together,” she said.

“We are pleased that we’ve made as much progress as we have and we’ll happily continue working with our Democrat counterparts to do right by the more than 1 million school children in Washington. Everyone has been negotiating in good faith, despite what folks might have heard, and we expect to be done before the end of this month,” Schoesler said.

All sides declined Monday to elaborate on specifics on where movement has occurred in recent months. In late March, there were fundamental differences on the overall size of the budget and how to pay for what everyone concedes will be extra costs for education.