I'm not sure I'm a Republican anymore 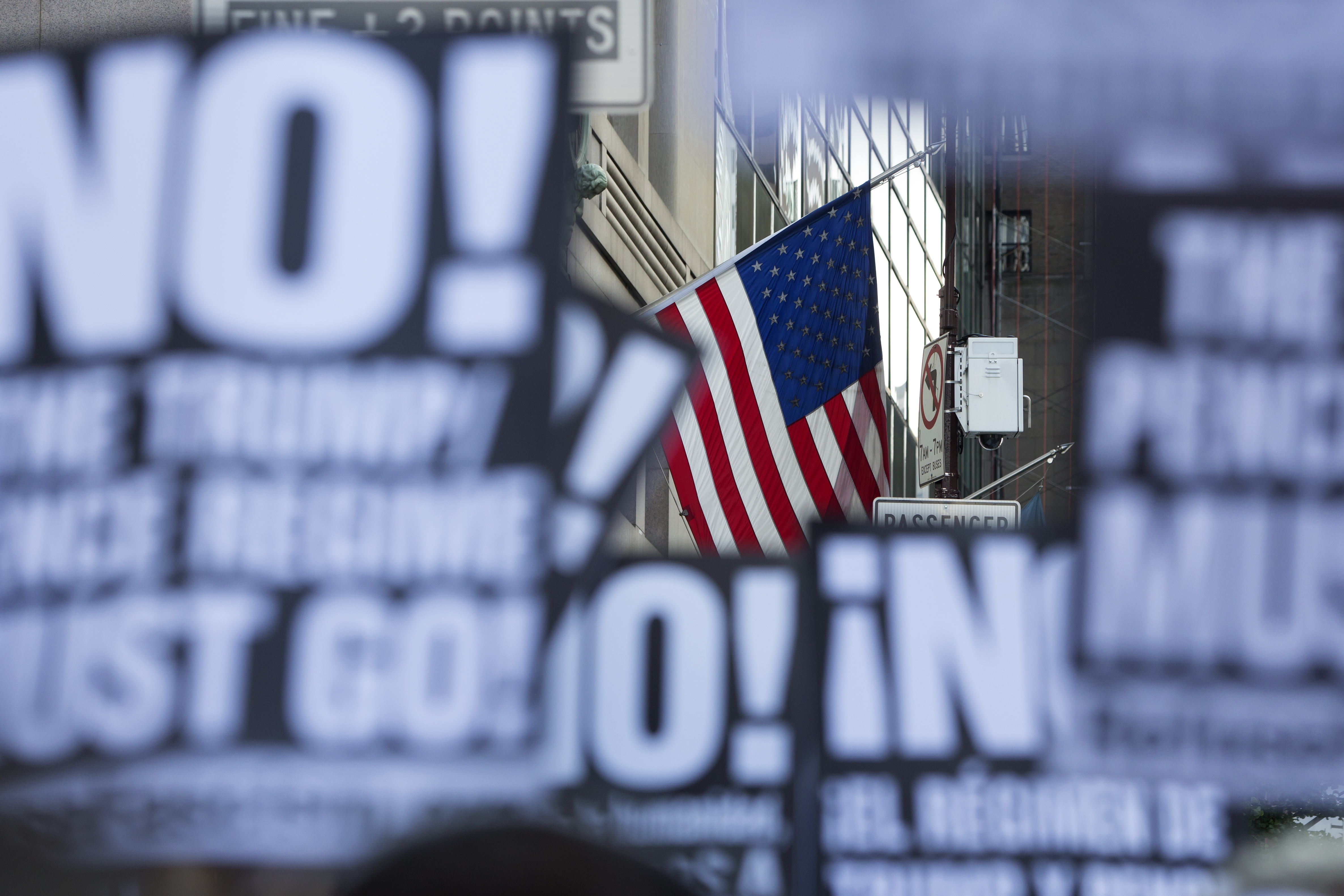 For me, and I imagine most Americans, the election of Donald Trump raised a host of disturbing questions. Now, six months into this new political era, all the questions but one have been answered: How are we going to rebuild our political system?

To say that I have been an outspoken Trump opponent would be an understatement. As a Republican candidate for the U.S. Senate, I came out against him early on. Still, immediately after the election I did say that I was willing to give him a chance.

By early February, however, any hope that Trump would become presidential had lapsed. Trump meant every word he said during the campaign. He is a protectionist, an isolationist and a nativist. He has the instincts of an authoritarian who would silence the mainstream media with new libel laws if he could.

I urged Republicans to directly oppose Trump, but to little avail. Today, there are two types of Republican politicians: enthusiastic Trump supporters, and those who submit through their silence. If you dare oppose Trump you are attacked and threatened with a primary opponent.

Republicans have abandoned traditional Reaganite policies such as free trade because their base voters agree with Trump. I have come to accept that I am now the one out of step with Republican voters. It truly is Trump’s party now.

Even my hopes that Washington state Republicans could maintain their traditional moderate identity and work with Democrats to get big things done have largely been dashed.

To be sure, the gridlock and dysfunction in Olympia is not nearly as bad as it is in Washington, D.C. Significant bills were passed this year, including bills on paid family leave and greater protections for victims of sexual assault. But by Olympia standards, the 2017 session was a disaster. After three special sessions, the longest legislative meeting in state history, Olympia melted down in partisan rancor.

Republicans demanded that Democrats pass a bill on water rights in rural areas. When Democrats refused, Republicans retaliated by not passing the capital construction budget for the first time in state history. Republicans and Democrats had six months to make a deal on water rights. Because they failed, rural residents face the loss of their property values, and $4 billion in needed projects, including $1 billion in school construction projects, are now on hold.

And what about the agreement they reached on school funding in response to the McCleary case? The legislature did deal with one of the major issues by capping school levies, thus eliminating the inequity between rich school districts and poor school districts. But they failed to fund the salaries of thousands of school staff, and instead gave districts the authority to continue to use levy dollars to pay staff. This is a clear violation of the Supreme Court’s 2012 order in this case.

Everywhere you look, our political system is breaking down. No major legislation has passed in Washington, D.C. The debt is still rising. Social Security and Medicare are still going broke. The government will run out of cash in October. Every year sees interminable special sessions in Olympia and vicious mudslinging campaigns.

A recent poll showed that only half of Americans have faith in “American democracy.” Horrifying as this is, it’s no great surprise: Why should anyone have faith in a system that is clearly failing to produce results?

But there are glimmers of hope. Not long ago I received an email from a respected, bipartisan national group that is working to create an offshoot to focus on “the brokenness of our political system – one which will examine and elevate a discussion as to the causes of, and possible solutions to address, the deteriorating state of our politics.”

And there are efforts afoot to reclaim the political center. For the past 160 years, the Republican and Democratic parties have monopolized political power because one was a center-right coalition, and the other was center-left. Third parties espoused fringe ideas and attracted little support. Today it is the major parties that are pushing fringe ideas, and that creates an opportunity.

In Washington, D.C., recently, a new group promoting the election of Centrist Independents met with the national media. The Centrist Project aims to appeal to the voters Rs and Ds have left behind: fiscally conservative, but socially moderate.

Where does this all lead? Frankly, I don’t know. Perhaps one or both parties will regain their sanity and move back toward the center, although that seems increasingly unlikely. Perhaps a centrist third party will form. Perhaps one of our two major parties will fade away as the Federalist and Whig parties did in the 1800s. Perhaps more and more candidates will choose to run as independents.

Whatever happens, I believe we are at one of those moments in American history when our political system is beginning to go through major realignment.

Like the shifting of tectonic plates, these changes happen gradually. It took eleven years of British abuses before our founders finally agreed on independence. It took 14 years of agitation over slavery to finally cause the creation of the Republican Party. It took several elections for the South to go from solidly Democratic to solidly Republican.

New political movements take time to mature, so don’t expect the end of the current party system to happen overnight. But something is stirring. The last six months were just the beginning: 2018 and 2020 are going to be transformational.