To dam or not to dam? That's this fish story 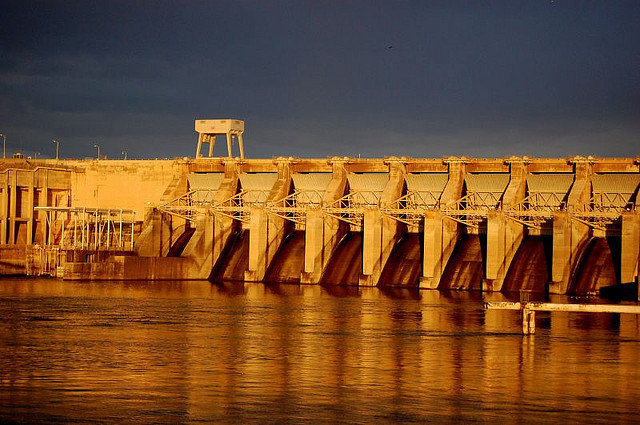 Ice Harbor Dam, one of four such structures on the Lower Snake River in southeastern Washington.

What’s the best way to ensure the return of salmon and steelhead to something like their historic numbers in the Columbia and Snake rivers? It’s been a hotly debated question for more than 20 years. And it’s getting a renewed look with a controversial option on the table:

Last year, U.S. District Court Judge Michael Simon rejected the government’s latest plan to protect threatened and endangered fish. The plan guides dam operations along the Columbia and Snake rivers. This was the fifth time it had been rejected.

Simon wrote in his decision that the system “cries out for a new approach.” He told the federal government it needed to study the effects of removing or altering the Snake River dams.

For years they’ve said the only way to save wild salmon runs is to tear down the dams on the Lower Snake. They also say saving salmon will greatly benefit other animals, like endangered southern resident killer whales. Federal fish managers recently released a new recovery plan for several threatened runs on the Snake River.

Dam advocates touted what they saw as dams’ economic and power benefits.

The four dams — built in the 1960s and 1970s — provide about 5 percent of the region’s power demand, or roughly enough power for 800,000 homes for a year. They also make it possible for barges to reach the West Coast’s most inland port: Lewiston, Idaho, 465 river miles from the Pacific.

The lengthy debate has sparked some cool salmon research in the region.

Dam managers held public meetings throughout the Northwest. More than 2,300 people attended, although some fish advocates weren’t happy with the forum. Dam operators received almost 4,000 comments about what to do to best protect salmon.

The government is developing a draft environmental impact statement, due out in 2020.

In the meantime, the debate continues.

MacGregor Campbell is a science writer and animator based in Portland. He has worked with OPB, PBS Education, the Economist Intelligence Unit, and Nieman Storyboard, among others. He is also a correspondent for New Scientist, a popular science weekly published out of the UK. There he writes news and features about cutting edge science and technology, and produces a monthly series of “Explanimation” videos. His first real job was teaching math in the city of Compton.