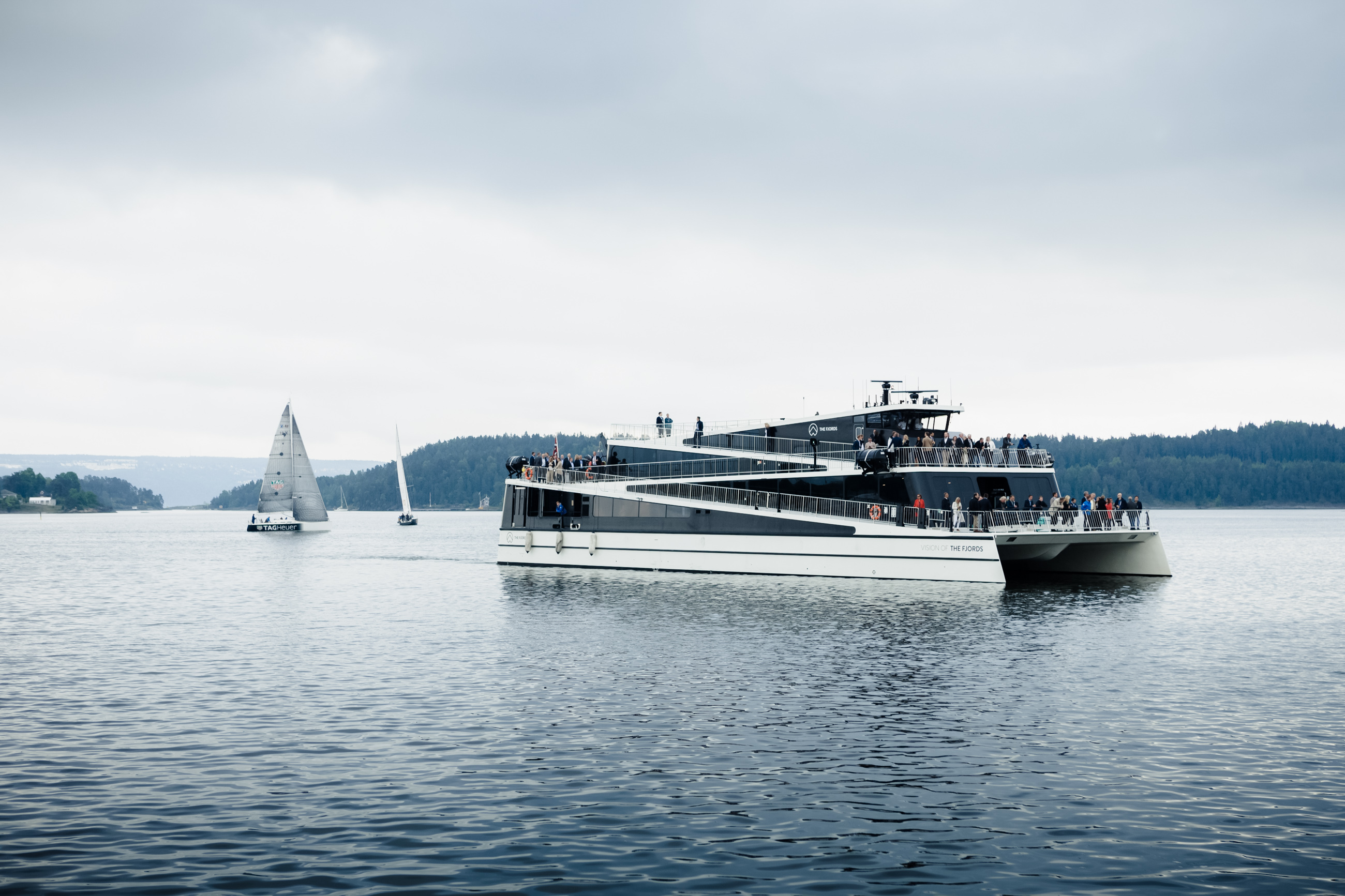 A hybrid-electric ferry, the Vision of the Fjords.

Washington is poised to embark on an experiment in electric car ferries that could eventually transform the largest ferry fleet in the nation. And little Skagit County is leading the way, as it moves to replace its old diesel-powered Guemes Island ferry with a battery-powered, zero emissions model.

That would make the run between Anacortes and the island the nation's first all-electric car ferry operating with batteries, and one of the first in the world.

Ditching diesel ferries in favor of all-electric or hybrid vessels would have far-reaching benefits, proponents say, including cleaner air and reduced carbon dioxide emissions. And the quieter electric engines would reduce underwater noise, which scientists now recognize as a key threat to the survival of endangered killer whales, salmon and other marine wildlife.

“There’s just so many benefits from this,” said Skagit County Commissioner Ken Dahlstedt, who is leading the charge on the Guemes Island ferry.

Inspired by Norway’s recent embrace of electric ferries, Dahlstedt saw an opportunity to try out the technology in his county, which was in the market for a new ferry. The 38-year-old diesel clunker that now plies the route is on its last legs, and maintenance costs have become prohibitive.

The short Guemes Island run, at just over half a mile, “is a perfect place to start for a pilot project,” Dalhstedt said. “But our ferry is really only the tip of the spear. We're hoping that we can be the pioneers here in the U.S.”

Washington State Ferries is also studying the idea of converting some of its 22 vessels to hybrid electric, after a multi-year effort to move to liquefied natural gas stalled due to lack of funding from Olympia. Electric technology “is something we’re really excited about,” said Ian Sterling, public information officer for State Ferries.

Many state ferries already have electric motors, but that electricity is generated by a diesel engine. So it should be relatively simple to use a big battery to generate power, Sterling said. The ferries would still have diesel engines but would run off a battery when possible.

“So it's a pretty cool thing, and with the battery technology becoming more mature, it's become much more realistic for us,” Sterling said. “And it's also something we believe would ... pay for itself relatively quickly.”

However, Sterling cautioned, it’s premature to speculate on costs or a timetable.

In the years the state spent considering liquefied natural gas as a cleaner alternative to diesel, other countries have moved on to electric. Norway is now converting dozens of routes to all-electric or plug-in hybrids.

A similar effort in Washington could slash the state’s marine emissions of carbon dioxide and other pollutants. A new electric Guemes Island ferry alone would cut carbon dioxide emissions by 620 metric tons a year, the county estimates. That’s the equivalent of taking about 132 cars off the road.

While battery-only ferries might not be feasible for some longer routes, even hybrid engines could dramatically trim the 18 million gallons of diesel Washington State Ferries use each year. Imagine that reduction in terms of the controversial coal trains that go rolling through Puget Sound, Skagit’s Dahlstedt said. Converting all state ferries to electric “would eliminate a coal train worth of carbon dioxide per year,” he said.

Electric-powered ferries would not only make the air cleaner for people, but could also make the waters quieter for the region’s struggling Southern Resident killer whale, or Orca, population.

Noise from ships and boats interferes with Orca’s ability to locate increasingly scarce Chinook salmon and to communicate with each other. Rising underwater noise levels, combined with declining prey and chemical contaminants, are threatening the animals’ survival. Ferries are one of the top sources of overall underwater vessel noise, a recent study for the Port of Vancouver in Canada found, because of the high quantity of vessel (or ferry) trips and the amount of time they spend on the water. Using electric and hybrid engines is one way to reduce vessel noise, another port study concluded.

With access to inexpensive hydropower, the state and counties would save money on diesel fuel. That means more money for maintenance, and thus better service, Agnew said. The state has struggled to keep its aging fleet running, often resulting in service cuts. In recent weeks, two broken Washington State Ferries have led to canceled sailings and major delays on San Juan Island routes.

But the up-front costs of electric ferries and related infrastructure, such as battery charging stations, can be daunting, especially given other transportation needs in a rapidly growing region.

Skagit County said it is still nailing down the exact costs for the new Guemes Island ferry, but based on Norway’s experience, the full project could run roughly $20 million. “And for a small county, $20 million... is a big lift,” Agnew said.

A new diesel ferry would cost $12 to $16 million, according to Skagit County's public works director, Dan Berentson. Charging stations and other one-time facility improvements needed for an electric ferry account for most of the price difference.

Skagit County is moving ahead with plans to have the new Guemes Island ferry on the water by 2020. Officials there received a study in 2016 that laid out options for powering the ferry; it concluded that an all-electric propulsion system “is highly feasible for this particular route and its unique environmental conditions.”

The county recently contracted with the Seattle naval architecture firm Glosten to complete a partial design for a new Guemes Island ferry by the end of the year. That will allow the county to better estimate costs and begin applying for grants, Berentson said. On Aug. 29, the county commissioners will hold a meeting to discuss the plans to use all-electric technology with residents.

The project’s boosters say the ferry, which will likely be built in-state, could help make Washington a center of innovation for electric propulsion, not just for ferries, but for all types of ships.

“If the technology pans out as we expect it will, it could have major implications on all maritime traffic coming in and out of the Salish Sea,” Agnew said. “This could put the Salish Sea on the map, politically and environmentally.”

This story has been updated since it first appeared to clarify the description of the power system. A  cable-guided ferry on the Willamette River in Oregon operates with electric power provided by an electric line.