As homelessness grows, so does tension at City Hall 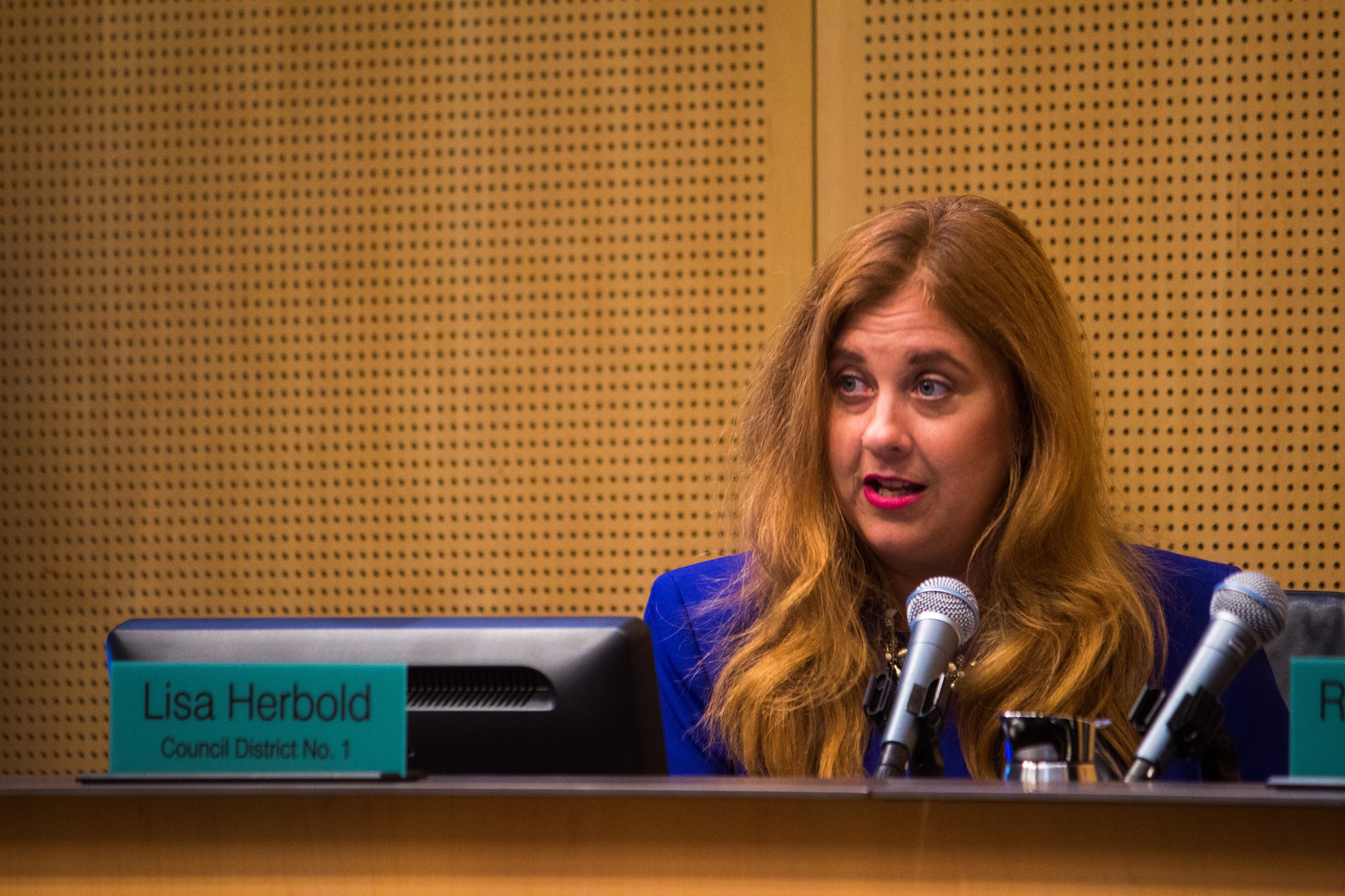 Councilmember Lisa Herbold is chairing the Seattle City Council's discussions of its 2018 budget.

Above all else, homelessness and how to address it are driving an increasingly tense set of budget negotiations in the Seattle City Council. Although the $30 million slice being tweaked is small by comparison to the $5.6 billion in the overall package, the urgency among elected officials to wrap their arms around the homelessness crisis means a battle over how to spend that cash. As the problem worsens, the search for new revenue has cut to the heart of what separates the council's nine members, all of whom declare themselves progressive.

A new package of proposals put together Tuesday by budget chair Councilmember Lisa Herbold features a collection of new investments in human services and preventative programs. In her proposal, many of these would be funded by a so-called employee hours tax — a three-tenths of one percent tax on the hourly pay for a business’s employee. The tax would apply to Seattle businesses that gross over $5 million a year, and the council estimates it could raise $20 to $25 million a year.

The proposed tax would not take effect until 2019, but Herbold has suggested borrowing money for 2018, to be repaid by the new tax later, which means the council would have about $11 million in new homelessness investments this year and next.

How each elected official stands on the proposed tax is a convenient marker of political affiliation on the technically nonpartisan council, with those members considered anchors of the left — Lisa Herbold, Mike O’Brien, Kshama Sawant and Kirsten Harris-Talley — fiercely arguing for its merits, while Sally Bagshaw continues to denounce it, partly on the belief that business was not welcomed to the table. Councilmembers Rob Johnson and Debora Juarez oppose the tax and at an earlier council meeting, Bruce Harrell suggested he was leaning against the new tax.

Councilmember Lorena González said in a forum recently she supports the idea, but wanted to make changes before she voted for this proposal.

Mayor Tim Burgess told the Seattle Times on Tuesday that he does not support the tax, favoring instead a tax on short-term rentals like Airbnb. As a council member before his appointment as interim mayor, Burgess long opposed the employee hours tax, leading the charge on its repeal in 2009.

It’s been two years since then-Mayor Ed Murray and King County Executive Dow Constantine declared a state of emergency around homelessness, a move widely supported by local elected officials. But the yearly reminders from homelessness counts that the problem is getting worse, not better, coupled with a steady stream of deaths on the streets — 66 this year, according to council members — has sewn desperation in City Hall and pushed tensions between council members to a point not often seen in the consensus-obsessed city government.

“The need to provide shelter and services for the homeless people and those at risk of homelessness was the defining factor behind the development of this package,” said Herbold.

On the goals of the package, which includes suggestions from all council members, there is little disagreement, something Bagshaw especially likes to point out.

But Bagshaw remains skeptical of the new tax for two reasons. For one, she believes the specifics of how the new money will be spent is not sufficiently built into the city’s larger strategy to address the crisis. She called the proposal “nibbling around the edges,” saying, “We’re not seeing the big global step forward we all want.”

She also opposes the process behind the new tax proposal, which she says excluded business voices from the table.

Bagshaw in recent weeks has sought to steer the conversation away from the new tax and toward a goal of adding 1,000 new beds in the next 100 days. In a letter to the council as a whole, Bagshaw — with councilmembers González, Juarez and Harris-Talley — proposed that each of the council's seven districts agree to find 150 new shelter beds to meet the goal, a way to chip away at community opposition to hosting homeless people.

“No neighborhood or organization should be exempt from helping and no group or potential partner should be held at arm’s length,” she wrote. “All will be invited to help find solutions.”

But she was buried in criticisms Tuesday, as O’Brien, Sawant, Harris-Talley and Herbold all piled on objections.

Herbold expressed support for Bagshaw’s goal of 1,000 beds. “But," she said, "what you propose is something that we would need funding for.”

Sawant was blunt, as is her style: “People are not going to be sheltered by giving them fairytales. There needs to be money on the table.”

O’Brien has pointed out several times that the city has received about $100 million in proposals from service providers and another $100 million for affordable housing projects, with only the resources to fund $30 million and $45 million respectively. “The city declared an emergency two years ago,” he said. “And while we continue to do good work … I cannot deny the accusation that the crisis is worse today than it was two years ago when we declared an emergency.”

In addition to its homelessness and human services provisions, the proposed budget changes include new money for the Community Police Commission, tenant outreach, new sidewalks and cuts to the budget for the still-in-limbo new north precinct police station. The slate of proposals also includes a comprehensive review of how the City's judgment and claims budget is calculated, a response to a surprise $13.4 million cost overrun earlier this fall.

Provisions can be stripped from the final budget with a simple five-vote majority, but the final budget package needs six votes before landing on Mayor Burgess' desk for final approval. The final vote is Nov. 20.

Correction, Nov. 1: A previous version of this story incorrectly referred to the judgement and claims fund as the City Attorney's. It is in fact part of the City's broader budget.