Orcas get more competition for salmon 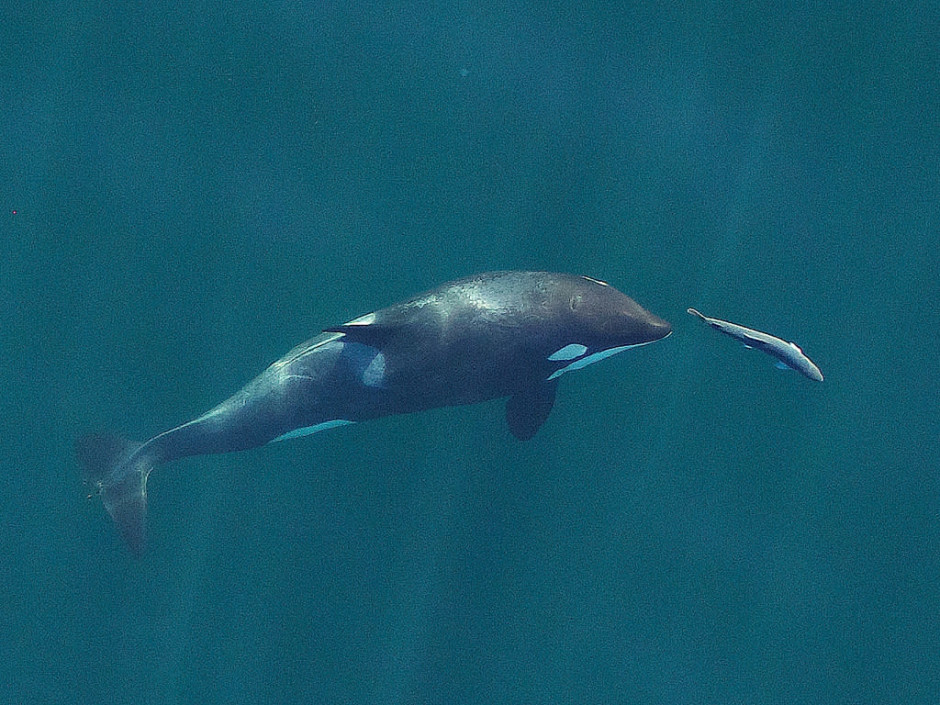 It’s been a long haul, but West Coast seal and sea lion populations have recovered over the past 40 years. All those extra predators may be eating more chinook salmon than people are catching, according to a new study.

Increasing numbers of marine predators could be bad news for chinook salmon — and for critically endangered Southern Resident killer whales.

In a new study published in the journal Scientific Reports, researchers used models to estimate how many salmon marine mammals are eating.

“The reality is, if (marine mammal) population numbers are increasing, undoubtedly their consumption and predation is also increasing,” said Brandon Chasco, the study’s lead author and a Ph.D. candidate at Oregon State University.

Turns out, sea lions, harbor seals, and growing populations of killer whales in Alaska and Canada are consuming almost 150 percent more chinook salmon than they did 40 years ago. That’s compared to a 41 percent decrease in the amount of chinook salmon fisheries are harvesting.

“This sort of thing has been documented around the world — recovery of seals and sea lion predation on fish that lots of people care about and harvest,” said Isaac Kaplan, with NOAA Fisheries Northwest Fisheries Science Center and study co-author. “But really putting the diet information together and doing the sort of careful accounting … it really emphasizes the strength of that impact on the chinook salmon population.”

As the juvenile salmon swim out to sea, they get eaten by seals and sea lions. Then some salmon swim clear up the coast to Alaska, where booming populations of killer whales take a bite out of the chinook numbers.

As the salmon then migrate back to spawn in Northwest streams, there are fewer fish for the southern resident killer whales in Washington’s marine waters.

The researchers said all that means chinook salmon could be doing better than previously thought — they’re just getting gobbled up before returning home and getting counted.

“There is a conflict. There is a trade-off here,” Kaplan said. “To some extent, it means that recovery of chinook salmon populations has been more successful than we realized — it’s just that some of that success is going towards feeding marine mammals.”

The sea lions and seals are protected by the U.S. Marine Mammals Protection Act of 1972. At the same time, the Endangered Species Act protects chinook salmon.

Columbia River tribes of Native Americans have recently fought to protect salmon runs from the pinnipeds, asking for authorization to kill more of the sea lions that feast on the fish.

The study, funded by the Pacific Salmon Commission, found that sea lions and seals are eating more individual fish, while killer whales are eating more biomass, or weight, of fish. It’s unclear, right now, which number has a bigger impact on salmon numbers, Chasco said.

The researchers said salmon recovery efforts must take into account all the different challenges salmon face, including these increasing marine mammal predators studied.

Right now many salmon survival models focus more on ocean conditions and commercial and recreational fisheries. Taking more of an ecosystem approach to managing salmon might be a better way to go, the researchers said.

“There’s more than just fishing to the story (of salmon recovery). There’s also predation,” Kaplan said. “This study helps us understand that there are multiple pressures acting on salmon.”

But there’s still much more to study, Chasco said.

For example, he said, “Is this an additive effect, or is it these predators simply taking fish out of the mouths of other predators?”